Significance Of Wearing A Nath; Truth Behind Wearing It On Left Side And The Right One

Significance Of Wearing A Nath; Truth Behind Wearing It On Left Side And The Right One 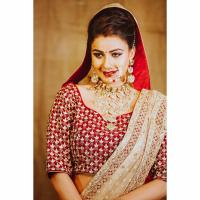 The popularity of this jewellery piece is due to it being in vogue, but there is health and religious significance related to the ornament as well. So, here is all about the significance of a nath. 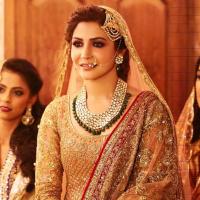 In the Hindu culture, for all women, the nose ring is a symbol of being married. It is believed that a girl should only wear a nath on the day of the wedding and continue to wear it till the time she is married. Getting the nose pierced is also seen as paying respect to Goddess Parvati.

You May Also Like: Significance Of Chooda And Kalire For A Punjabi Bride

It is believed in Ayurvedic sciences, that if the nose is pierced on or near a particular node on the nostril, it gives relief in the pain during periods. Also, another theory holds that piercing must be done on the left nostril as the nerves on that side connect to the female reproductive organs and thus, during childbirth, the pain is comparatively less. 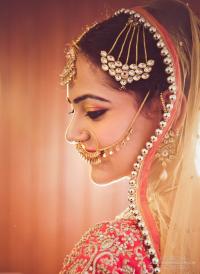 If superstitions are to be believed, then it is said that a married woman should not directly exhale air through her nostrils as it may have an ill effect on her husband’s health. Hence, she needs to wear a nose ring which will act as an obstruction to the air passing out of the nose.

Do Check Out: The True Significance Of Bangles In Indian Culture 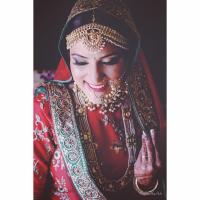 Whatever its actual significance may be, the latest fashion, popular movie songs and famous film stars donning nose rings have made them the most happening fashion accessory. But how does one decide the style of nath to go for? Well, we bring you its different types and you can select the one you like the most.

Basically, depending on how much attention you want to draw to your nose, choose a nose ring that is apt for your face and nose cut. Don’t blindly copy someone else’s style. Be yourself and feel comfortable in what you wear. That becomes your style statement!

Bridal Chooda Covers, The Latest Trend That Is Going Viral This Wedding Season