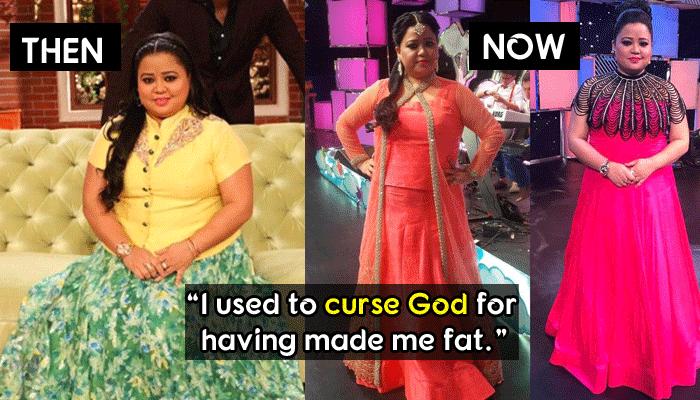 She is bubbly, she is gorgeous, she is known as the comedy queen in the Indian television industry. This woman knows exactly how to tickle the funny bones and make you laugh aloud. We are talking about none other than, Indian stand-up comedienne, Bharti Singh. 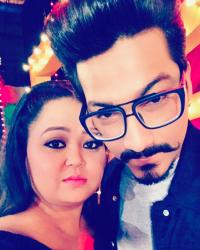 As you all might know that Bharti Singh is engaged to a writer, Haarsh Limbachiya, and the wedding is soon approaching. While the preps for the marriage are in full swing, Bharti is working extremely hard to lose those extra pounds. In fact, she has lost a whopping 10 kilos already. Yes, you heard that absolutely right! 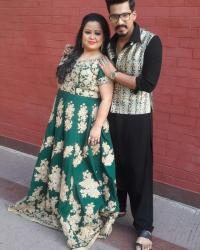 But before we reveal how she reduced, let us tell something. Fat and chubby people are always made fun of, and Bharti is no exception. As a kid, she was ridiculed for being fat. Even her mother used to nag her to lose weight, she would say:

“You have to marry, Bharti.”

You May Also Like: This Famous Cricketer And His Model Actress Wife Are Expecting Their First Baby Together 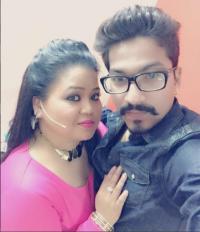 Because of her size, she could never fit into fashionable clothes back then as plus size dresses didn't hit off the market. She stated:

“Double XXL readymade dresses hadn’t hit the market; there were no plus sizes. I had to buy men’s T-shirts and jeans. I used to curse God for having made me fat.”

But then, years later when she participated in The Great Indian Laughter Challenge, she thanked God for it as it was proving to be sort of TRP for her. In one of her recent interviews, she gushed:

“Yahaan bhi motaape ki baat hoti thi (They spoke about being fat here too). But I won the second position.”

“When I joined TV, I started taking digs at myself; that is what people started loving me for. I realised that my fatness was actually God’s gift, and I better respect that.”

It’s only to make people laugh that she makes a joke about her being fat. She said:

“Yes, I do make jokes about myself like ‘humara to bhaada bhi double lagata hai’ (rickshaw fare will be double for me)… But I do this only on TV, saamne se koi bolke toh dekhe (no one dare say this to my face)…However, today, the definition of motapa (fat) has changed from ‘aye moti (hey fatty)’ to ‘Sooo cute and bubbly!’”

And then, Nach Baliye happened where Bharti participated with her fiancé Haarsh. She used to rehearse for almost six hours a day, and the result was that she lost 10 kilos. In an interview with SpotboyE, the comedienne said:

“I have lost 10 kilos already. I am doing just one thing which is drinking lots of green tea.”

Don't Miss: While Hrithik's Love Life Is Not On Track, His Ex Finds Love In A Handsome Businessman

“I don’t want to become sookdi (super slim). I neither go to a gym, nor do I have a dietician.” 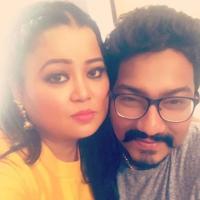 The idea of drinking green tea was given to her by her baliye Haarsh. She was found saying:

“He (Haarsh) told me to have green tea after every meal. People are commenting that I am losing weight.”

As far as her diet is concerned, she is one of those chilled out people. She revealed:

“I’m a Punjaban who eats parathas and omelette. I shoot till late and have dinner at 5am. I have lunch at 2pm, that’s why my health suffers sometimes.” 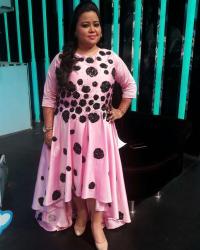 Also, her preference is always homemade food, but she would settle for Maggi or bread omelette or Subway. But a BIG NO to SALADS! These 10 kilos were achieved without them. And now, ahead of the chirpy Bharti’s wedding, this Punjabi girl is trying to follow a balanced diet plan. Here’s what she said:

“I have cut down on carb-laden foods. I was planning to go on a liquid diet but being a Punjabi, it is impossible for me, so I end up eating one or two rotis in a day. I’m drinking a lot of green tea. Being on a liquid diet means surviving on soup and juice, I can’t handle that. Haarsh will kill me if he gets a whiff of my crazy diet. I have started hitting the gym regularly, but I’m not doing hard-core workout, 20 minutes of cardio and cycling is something which I am focusing on.”

When she was asked how hard it is to not eat her favourite food, she retorted:

“Very much! Imagine I have quit eating parathas, I literally survived on them earlier. It’s a torture to see my family eat parathas with dal and white butter, at the dining table every day. I can’t wait to hog on this food, after my wedding. No diet will be followed. Haarsh keeps requesting me to not give up on the food I like most. He keeps telling me that he loves me for who I am, he doesn’t want me to change. He fell for me 8 years ago, he loves my cute and bubbly self. He tells me he's marrying Lalli (screen name) not Bharti. But I want to lose weight and look gorgeous. I want to wear to a kamarbandh and look good. Though I have never lost weight for any show but I’m going to do it for my wedding.”

Recommended Read: Naman From 'Yeh Rishta Kya Kehlata Hai' Is Dating This Actress From The Show

We love Bharti not for her size or beauty, but for who she is. It takes so much courage and guts to make fun of yourself on national television just for the sake of seeing people happy. And we applaud you for this! We love your new avatar also. We wish whatever goals you have in mind, may you achieve them sooner!