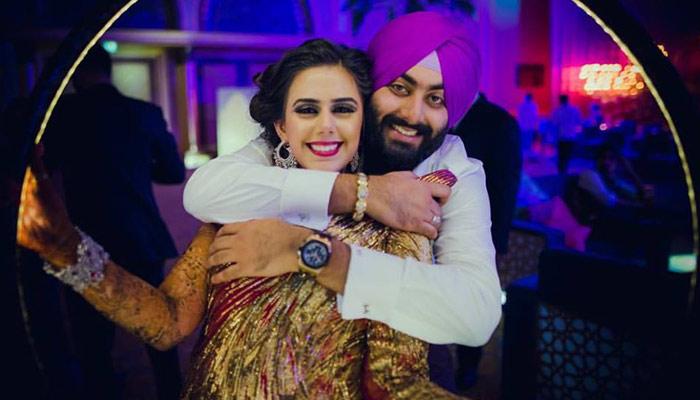 If you have been keeping an eye on the extravagant weddings for some inspiration, take a close look at the Emirates Palace Hotel wedding of Sabah and Khushdeep; we are sure that you will forget the rest. It was nothing short than a royal affair.

With the upscale venues, exquisite decoration and gorgeous attires, this wedding can be easily placed on the list of the most lavish affairs. Yes, it was grand but that’s not all that this wedding was about. It has a beautiful story too!

Recommended Read: This Indian Bride And Groom Make The Badass Entry On A Hoverboard At Their Wedding 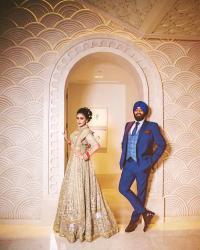 Sabah is from Kuwait while Khushdeep is from Dubai. Hailing from two different places, these strangers met at a wedding organised at the Fairmont Hotel, Jaipur. Even though they were present at the same place, it was Instagram that brought them together.

Must See: This Couple's Wedding At The Burj Al Arab Terrace Is What A Perfect, Fairytale Wedding Is Made Of

Sabah noticed an Instagram post of a parrot of the same venue. This is what led her to him which was followed by the exchange of the numbers.

Soon they became friends and would fly once a month to meet each other. Though their friends and families were sure that they were in a steady relationship, for them, it was just friendship. Blame their apprehensions that they couldn’t confess love for each other sooner. But, Khushdeep finally gathered the courage and proposed to Subah on her birthday.

“Our feelings for each other were perfectly intertwined in a long silence that we never confronted. He finally proposed to me on my birthday in 2015 and we’ve been #SabKhush ever since.”

The wedding celebrations included six events which ran for four days. After a Persian themed engagement, the wedding celebrations commenced with Punjabi mehendi sundowner in which Sabah looked sweet and fresh in her yellow dress with colourful embroidery. It was caricature mehendi where the portraits of the bride and the groom were drawn on the hands.

You may like: The City-Themed Pre-Wedding Shoot Of This Gujarati Couple Will Leave You In Awe

The theme of the sangeet was Brazilian carnival. The venue was decorated in vibrant hues with people dancing all around. The entire place broke into festivity. Sabah looked stunning on the occasion. She dressed up in a beautiful sea green gown with her curly hair tied up so that she could flaunt her ear cuffs.

The Anand Karaj took place in a heavenly place and the couple looked divine and extremely happy. Sabah wore a heavy embroidered magenta lehenga and Khushdeep complemented herewith his champagne pink bandhgala. Sabah added a touch of green to her ensemble by introducing green in her jewellery. 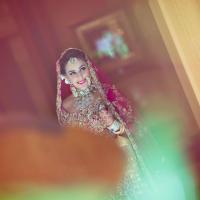 For Raat Ki Barat, the newlyweds opted for darker shades. Sabah looked so graceful in her Manish Malhotra lehenga. The heavy polki jewellery was exquisite. Even the groom looked like a king in his deep blue and maroon outfit. The venue was decorated with the theme of love.

The couple continued their streak of looking ravishing on their reception as well. It was Sabyasachi Mukerhrjee who created a masterpiece for the bride. In her champagne dress and red chooda, she looked like the happiest person on the Earth. In his blue suit, Khushdeep looked dapper.

Here's the complete video of this beautiful couple by Imprint Studio:

It was one wedding that blew every mind. From strangers to friends to a couple, Sabah and Khushdeep took the vows in the most beautiful way. We hope that for them, everything remains #SabKhush

Next Read: The Lavish Venue Of This Big Fat Gujarati Wedding Was Built In 3 Months