We Indians are famous for our big fat weddings. With the lavish buffets, grand decors and over the top drama, we celebrate the union of two souls. As much as we are proud of our rich culture, we do, at times, ponder whether spending oodles on weddings really necessary when, in all honesty, we know that a large amount of the food and other stuff gets wasted?

Well, there are a few people who think that there are better things that could be done with the money that is socially supposed to be spent on setting up a larger than life stage for a wedding. The unusual ways in which these weddings happened, stole our hearts.

Recommended Read: The City-Themed Pre-Wedding Shoot Of This Gujarati Couple Will Leave You In Awe 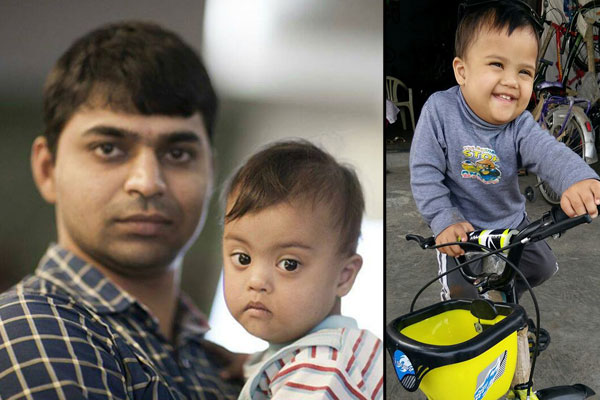 After fighting a long battle for the adoption of a toddler with Down syndrome, he finally made the law bend in front of his will. As a single parent, he adopted the toddler and named him Avnish. He again broke the stereotypes when he got married to a girl from Indore and their wedding was attended by more than 10,000 orphans, aged and homeless people. The food was provided to the animals of the nearby zoo and over 100 street dogs. Near 1000 trees were also planted as a part of this wedding celebration.

#2. The Amravati couple who chose financial upliftment of others over a lavish wedding 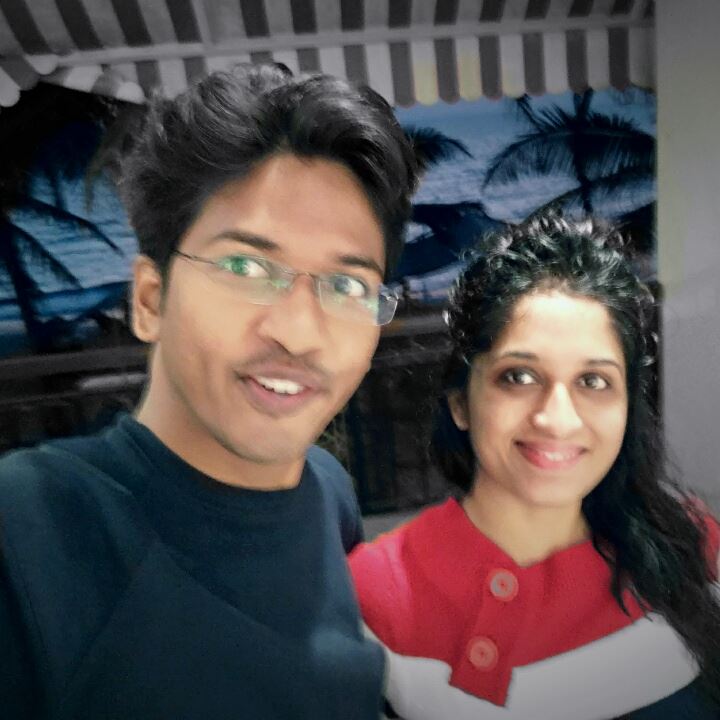 Abhay Deware, an IRS officer and his banker wife, Priti Kumbhare sat down and calculated the amount that they would be spending on their wedding. They realised that there are better things where they could invest their money. 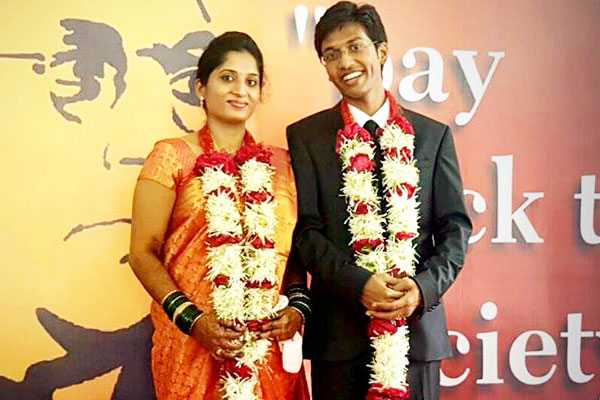 So, instead of a grand wedding, they tied the knot in a humble way and donated 20,000 each to ten families where a farmer had committed suicide. They even donated books of competitive examinations worth Rs. 52,000 to five libraries of Amravati.

#3. A wedding that was blessed by widows

Our Indian culture is a peculiar one where labelling a human being as an 'untouchable' is very convenient. Widows are considered to bring bad luck to any auspicious occasion, thus, they are kept away from most of the celebrations, especially weddings.

When Jitendra Patel, a business from Gujarat, organised his son's wedding, he invited about 1,800 widows to bless the bride and the groom. He broke the taboo related to the presence of a widow. He even presented 500 financially weaker widows with a milking cow each to make them self-sufficient.

#4. When education came before the wedding More than often, we see Indians parents lulling their daughters into believing that getting married at the 'right age' is more important than completing their education. But when the same situation was faced by a 24-year-old Telangana bride, her family and in-laws did something that no one had expected. Apparently, her wedding day and her exams coincided on the same date. Instead of asking her to choose between the two, both the families decided to postpone the mahurat by few hours so that the bride could first give her exam.

#5. When a wife is considered to be an equal 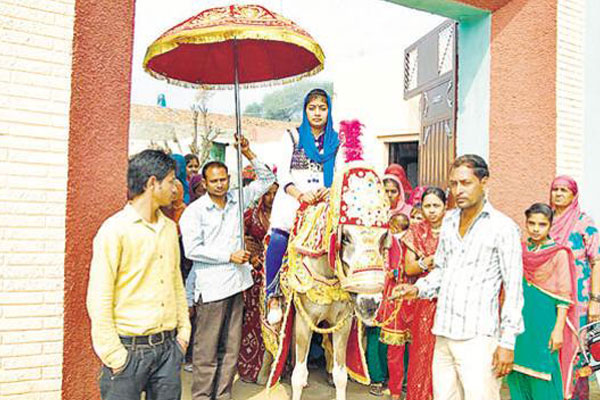 As per the Hindu rituals, grooms are supposed to ride a horse before they get married as a mark of being capable enough of taking up the responsibilities of a married life. Although, we all know that it takes two to tango, nothing of the same sort is organised for the brides. To show that women are just as capable as men, the father of a bride from Haryana asked his daughter to ride a mare to prove that she is nothing less than any man.

You may like: You Will Cry And Feel Outraged When You Read The Torture Wedding Horses Have To Go Through

#6. Breaking the taboos by having a transgender as a witness Ramnath and Shruthi are two activists of Kerala Sasthra Sahithya Parishad (KSSP) and after understanding each other, they decided to get married. Unlike the otherwise elaborate Kerala weddings, they decided to have a court marriage and asked Sheethal Shyam, a transgender activist and Secretary of the Sexual Minorities Form, Kerala (SMFK) to be one of their witnesses. Not only this, Shruthi opted for jewellery made of jute and cereal instead of gold which is unlikely to happen at a South Indian wedding.

#7. The gift of a beautiful home 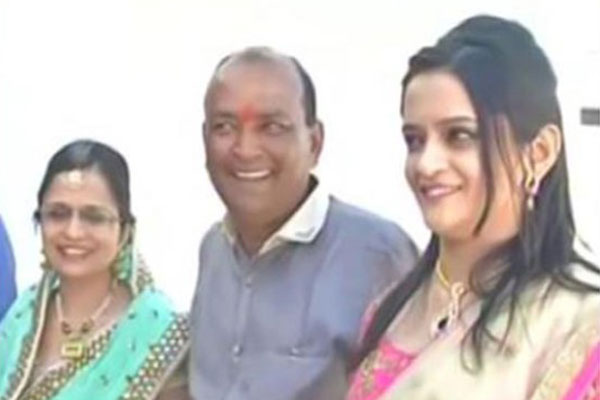 Every parent wishes that their children have a beautiful home of their own when they get married. Manoj Munot, a businessman from Maharashtra, gave this thought a very meaningful twist. He originally planned to spend a whopping Rs 1.5 crores on the wedding of his daughter but later on, he decided to use that money in making a cottage in Aurangabad for the homeless. Currently, more than 40 families have found a home at that cottage.

Recommended Read: The Wedding Story Of Kinnari And Jurgen Will Make You Want To Believe In Love At First Sight

Weddings should lead to a happy married life and for that, one doesn't need to spend crores on the ceremonies. These weddings taught us that we should rather concentrate on spreading happiness than keeping people away from the festivities following some age-old taboos. Get inspired by these weddings!