Wedding are about two individuals who have a strong emotional connection and want to spend the rest of their lives with each other. But in India, no one can actually imagine a wedding minus the extravagance, lavish menus, sangeet, cocktail etc. In simple terms, Indian weddings are mostly about big fat celebrations and anything below that is considered boring!

Recommended Read: This Indian Couple Stunned The World With Their Unique Wedding

Swarovski Heiress Got Married In A 46 Kg Wedding Gown Studded With 500,000 Swarovski Crystals

Despite the popular perception of an Indian wedding, there are people who broke stereotypes and hosted the most unusual and inspiring weddings of all times. Here are 8 such weddings, some of them were eco-friendly, some chose education over jewellery, and some sealed the deal in a court.

#1. No gold, no diamonds, only saplings as gifts As a tradition, the in-laws present the new bride with gold and other materialistic goods as gifts in most Indian weddings. When Priyanka Bhadoria, a 22-year-old science graduate was asked by her in-laws about what gifts would she like to receive on her wedding day, she stunned all by saying that she would rather have plant saplings than anything else. Overwhelmed by the demand, the groom's family gifted her 10,000 saplings which the couple planted after their wedding.

#2. The wedding where mess was prohibited so the couple chose edible cutlery 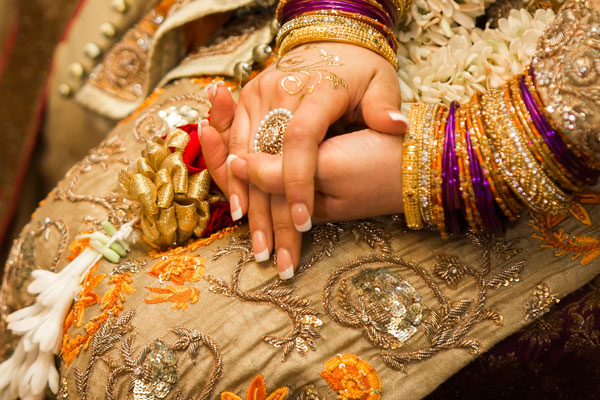 After every big fat Indian wedding, we witness a pile of garbage which mostly includes the disposable cutlery. Needless to mention the fact that nobody actually takes care of the pile as people are least interested in the outcome it will have on the environment. But, here is a couple who taught everyone that weddings shouldn't create a problem by using eatable cutlery at their wedding. Shasvathi Siva and Karthik Krishnan had edible cutlery. Not only this, they even invited dogs at their wedding!

Must See: 6 Most Expensive Bollywood Celebrity Weddings That Will Leave You Stunned

#3. This vegan couple who wanted to contribute to World Environment Day 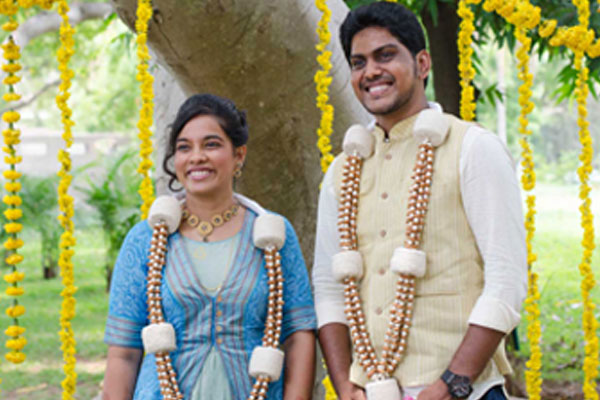 Some people give us hope that our next generation will see a greener future, and Monica Pandian and Praveen Raj are amongst them. They hosted their wedding at the lush green lawns of VGP Golden Beach Resort, World Environment Day in vegan style. It was a wedding where shoes were made with recycled tyres and leather, silk, fur and plastic were completely avoided. And also, the bride and the groom wore cotton clothes. Their wedding saw minimum carbon footprint and was beautiful. 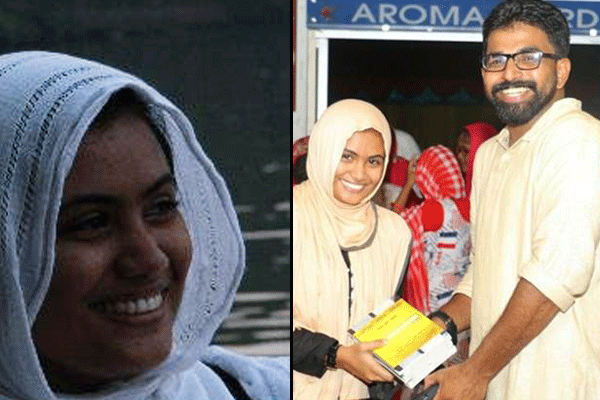 Mehr is a mandatory payment that the groom has to pay to the bride at the time of their wedding. As the rule of the thumb, it is generally gold, cash or other consumer goods. But, for Sahla Nechiyil, a post graduate in Political Science, her wedding had to be anything but materialistic. So, for mehr, she asked her fiance, Anees, to gift her 50 books and nothing else. Anees gifted her books from genres such as Islamic feminist literature, fiction and politics. Politicians, celebrities and other people in power are known for the extravagant weddings but this IAS couple, Ashish Vashisht and Saloni Sadana, broke the norms and showed everyone that weddings are about two people who have decided to live together than anything else. They got married at the Additional District Magistrate’s (ADM) office in Bhind district of Madhya Pradesh for just Rs. 500.

Must Read: 10 Most Interesting Wedding Invites Of Bollywood Celebrity Couples

#6. When this mother single handedly did the kanyadaan 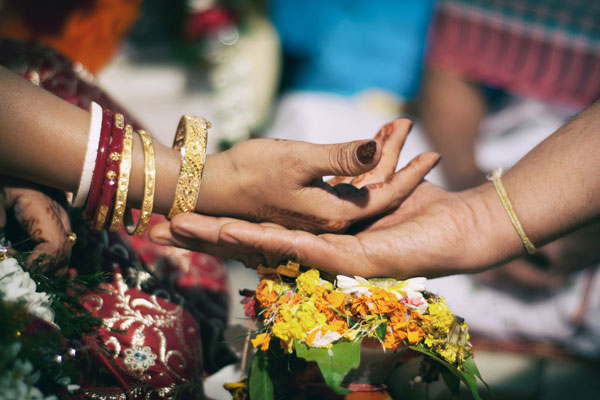 In India, when one decides to do anything important, they have to state their father's name. Whether it is signing a government form or getting admission in a school, a father's name is mandatory. When Hernoor Grewal got married, all she needed was her mother by her side. Hernoor is 1 of the 5 daughters. When their father left them, the entire community blamed her mother but the strong lady set an example for her daughters by fulfilling all the responsibilities which are otherwise perceived as the duties of a father. She even gave away her daughter at the marriage which is also done by a father.

#7. When the budget on this wedding hosted 100 weddings Gopal Vastapara, a businessman from Surat, organised the wedding of his son but in a very different way. Instead of a lavish affair, which businessmen are famous for, he hosted a simple ceremony where he only invited some friends and family members. He pledged the rest of the money to organise the wedding of 100 economically challenged girls of a village in Gujrat. He asked the newlyweds to promise to save the girl child and to be responsible towards the environment.

#8. When grooms ditched horses for cycles 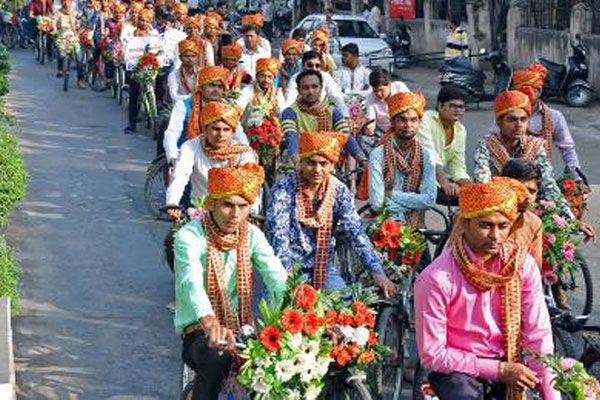 Image Courtesy: The Times Of India

It is a Hindu tradition that the groom will come on a horse on his wedding day but for the 58th mass wedding organised by Saurastra Patel Seva Samaj, 258 grooms arrived on bicycles. The procession was organised to encourage people to switch to sustainable resources of energy. They wanted to spread the awareness about air-pollution and traffic as well.

Next Read: 7 Unusual And Inspiring Real Indian Weddings That Stole Our Hearts

Weddings should lead to a happy married life and for that, one doesn't need to spend crores on the ceremonies. These weddings taught us that we should rather concentrate on spreading happiness than keeping people away from the festivities following some age-old taboos. Get inspired by these weddings!