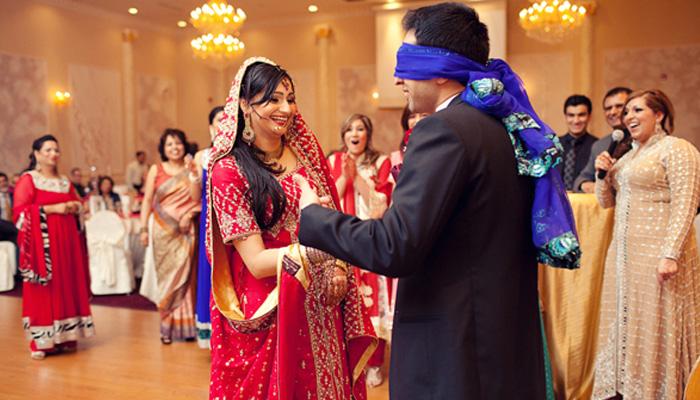 Anniversary party brings together the friends and families of the celebrating couple to commemorate the day of their wedding. A good host should provide entertainment for party guests, and celebratory games are the most common of the choices. However, not every game is suitable for an anniversary party. (Do Read: 6 Most Fun And Popular Wedding Games For All Age Groups). Anniversary games should be fun, engaging and exciting, not just for the guest of honour, but also for everyone in attendance. The games must include everyone yet force no one of participation. The following games have been subdivided into 4 categories for the very same purpose. Given below are a few games, tailor-made for such an event.

The trivia contest game falls in this category. Make a list of casual questions about yourself as a couple, such as- 'Where did you first meet or when did he propose?'. Prepare a game show style presentation and choose one among the guest to host the trivia. Gather everyone around and ask your host to shoot the questions one by one. Gift prizes await the winners of the trivia contest.

Recommended Read: Indian Cricketer Ravindra Jadeja Gets An Audi Car As A Wedding Gift From His Father-In-Law

There are numerous game choices in this category, we will be briefly discussing a few.

a) Find your mate

The catch of the game is no lip movement. Blindfold the wife and ask her to find her husband among all the men in the room based on touch and olfactory functions. At no point of time talking is allowed and do not forget to supervise the blindfolded woman to keep her from getting hurt.

The game can be played by blindfolding the husband as well.

Have a number of dance styles written in small chits of paper and place them altogether in an enclosed box with an open top. Keep appropriate electronics ready to go with the dance and make enough space for the couples to dance freely. The couples will have to choose a dancing style from the box blindly and dance to the respective tune.

The best performer will not only win the crowd, but also prizes from the host.

Also See: This Is The Craziest And Most Awesome Wedding Entry You Will Ever Witness!

Put together songs of varieties, such as- love songs, upbeat songs, country songs, ballads and slow rock, and ask the couple on stage to present their respective karaoke version. 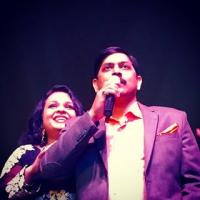 Give them some time and hymn with them to make the contest exciting and energetic.

In groups that mix couples with singles, some simple games with anniversary twist work well. A scavenger hunt based on the clues from the marriage of the host couple is always an exciting team game. A singing game always calls for team participation. 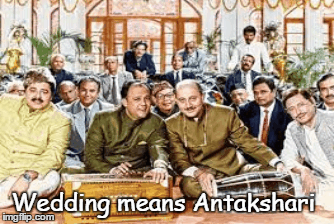 Classic boys versus girls in “how well do you know each other”, musical paper folding game and guessing the moving picture/movie/word always spices up an anniversary party.

The team painting game- where each team will be painting a wedding anniversary theme and the best will be awarded.

Take a look at these as well: 7 Fantastic Ideas For Indian Couples To Add A Romantic Touch To Their Wedding Celebrations

Games for children and elders

While the above mentioned games are aimed at adults, single and young married couples, there might be another section of your guests who might be slipping into boredom.

Did you know about these 6 Bollywood And Television Celebrities Who Are About To Become Proud Parents Soon?

So, here are a few ways to engage the children and entertain the elders:

Keep the children engaged in opening the presents and make a game out of it; the one who completes the job with maximum accuracy wins. Have someone host a balloon inflating contest to keep the children busy and occupied, besides the game is both cheap and harmless. A few other games include musical chair, freeze dance, “hit the duck” and name that animal.

Do Read: 8 Wisest Marriage Lessons That Only Your Grandparents Can Teach You

For the elders, you can encourage them to bring photos of themselves as a couple from the yesteryears, mark them and make a recognition game out of it.

Recommended Read: This Beautiful Palace Wedding Of 'English Babu' And 'Desi Mem' Will Amaze You

Well, we hope you find these anniversary games fun and include them in your celebration itinerary. We guarantee, you won't be dissappointed.