Being in love means that all boundaries and lines of control cannot keep you apart; they just become shadow lines for you. This proved to be true when two colossal athletes, Sania Mirza and former captain of Pakistan Cricket team, Shoaib Malik fell in love with each other, leaving the concept of borders far behind. Yes, it seems exciting to see cross nation love stories, but this wasn't Bollywood or Hollywood. This was the real world, which is not all that dreamy.

The love story of Sania and Shoaib is unlike any other. The fight they had to put up to come together redefines love altogether.

Read how their marriage blurred the geographical lines between the two nations. 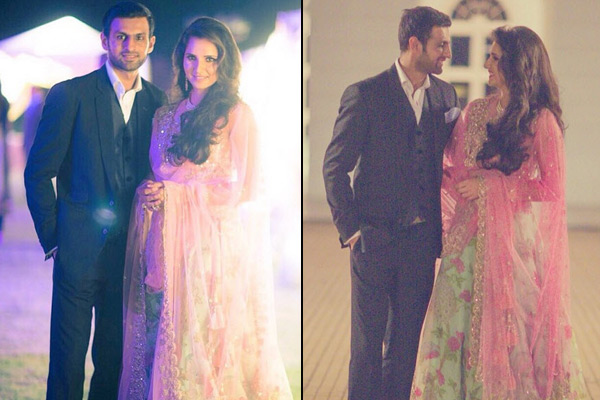 Shoaib and Sania were familiar with each other's names, but it was in 2004 at a restaurant in Hobart that they first came across each other. However, their first meeting lasted only for a mere two minutes leaving them wanting more. Their second meeting was when Malik, along with Waqar Yunis, came to watch Sania play where she found him extremely attractive. But, things did not take any romantic turn this time. It happened when they met for the third time. It was a bad phase for both Sania and Shoaib as she was battling with injuries and had just broken up her engagement with her childhood friend Sohrab Mirza, while Shoaib was serving a one-year long ban after their defeat in Australia by the home team. 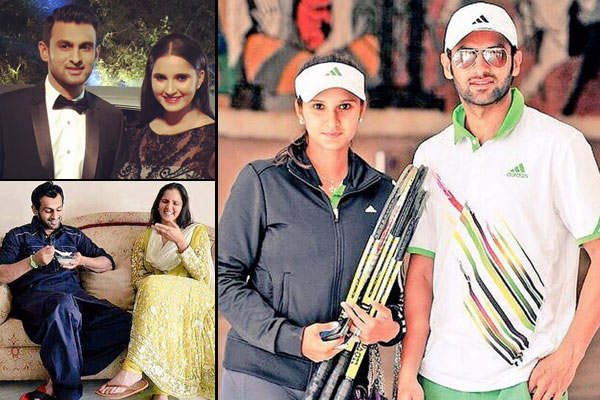 As they say, fate planned it this way. The two favourite children of controversy fell in love with each other, and decided to get married only after five months of courtship. 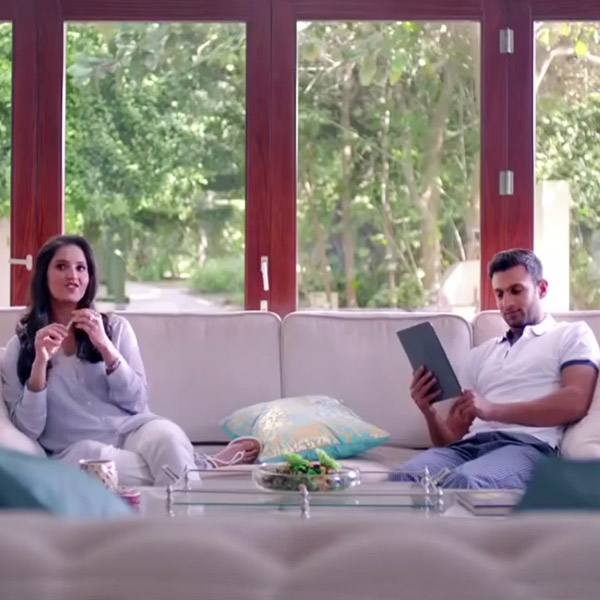 People labelled their decision as an impulsive and a rash wedding, but Sania has a very different take on this. The star herself exclaimed:

"People can date a person for years but break up as soon as they get married. It happens a lot in Hyderabad, and it happens in the circles we move around in. Some people can date each other for a month and get married. I know many couples like that and they have kids today. Destiny! We were lucky we found each other, decided quickly and felt the same way about one another." Shoaib and Sania are not just famous athletes, but they also belong to the two nations who are always entangled in diplomatic tactics. Addressing the elephant in the room, their patriotism was challenged in the most indecent way. 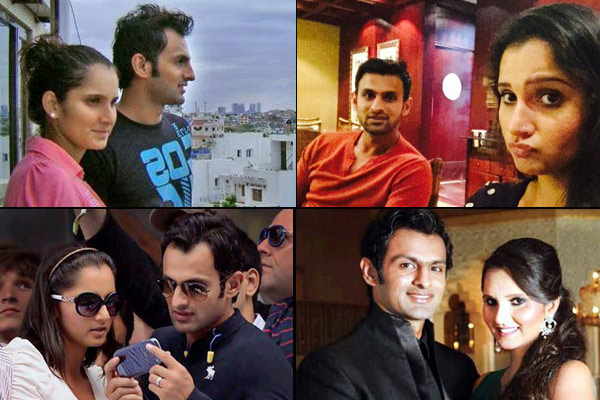 We are sure every one will relate to this. Read: 10 Things That Definitely Happen During An India-Pakistan Cricket Match

On one hand, Sania was spitefully questioned if she would change her nationality and start playing for Pakistan; Shoaib was welcomed with open arms by his country who perceived Sania as the remains of the war. And even a derogatory comment saying "Finally, we get to see Pakistan screwing India" was released. 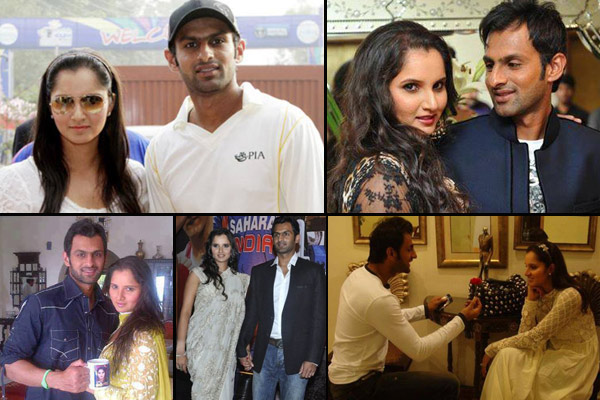 Not only this, the couple also received several threats to call off the wedding. When this wasn't enough, a woman from Hyderabad claimed that Shoaib has already married her and left her there. The couple went through all of this and emerged even stronger. Not only did they marry each other, but even proved their unconditional love for each other. 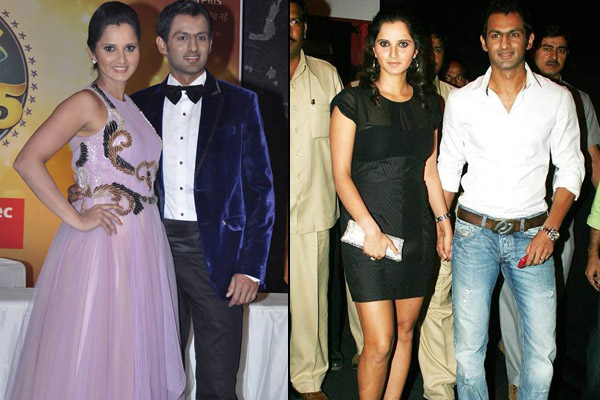 The wedding ceremonies commenced with a mehendi ceremony at Sania's home in Hyderabad. 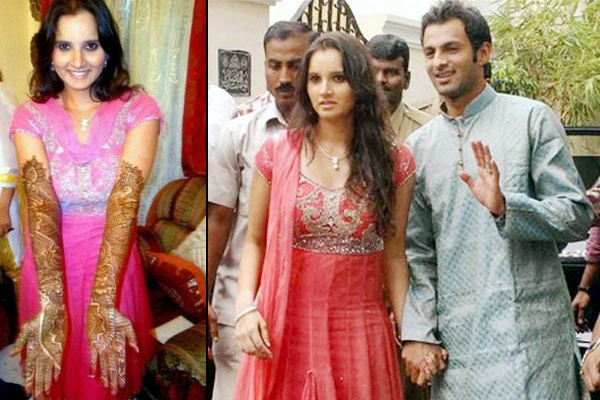 The Taj Krishna Hotel, Hyderabad was chosen as the location to organise the sangeet for this dynamic duo. Sania looked like a doll in an exquisite pink anarkali suit that dazzled the eyes of all. And Shoaib, an otherwise sharp player wore a white outfit which was given to him as a gift by Sania's family. It was a night to remember with many Bollywood performances, and a special shayari and ghazal round. 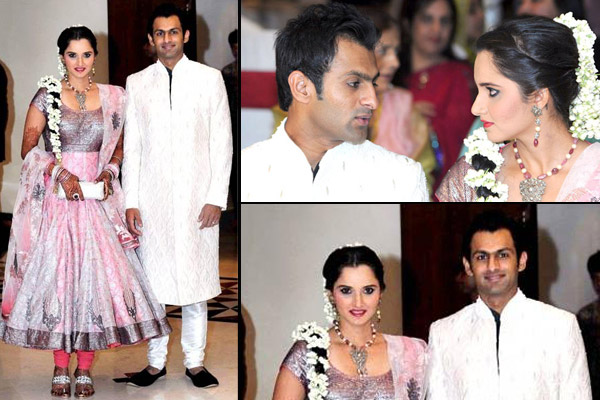 Do Read: Outfits That We Absolutely Loved At The Lakme Fashion Week'16 For Your Stunning Wedding Trousseau

On April 12, 2010, the couple finally said qubool hai in Hyderabad where Sania wore her mother's red saree that she wore at her own wedding, and Shoaib donned a black sherwani by designer duo, Shantanu & Nikhil. A reception was hosted on April 25 at Sialkot, that is the hometown of Shoaib. It took place at a hockey ground. For this celebration, Sania chose a red and beige saree with heavy wedding jewellery, and Shoaib looked dapper in a white sherwani that complemented the new bride pretty well. 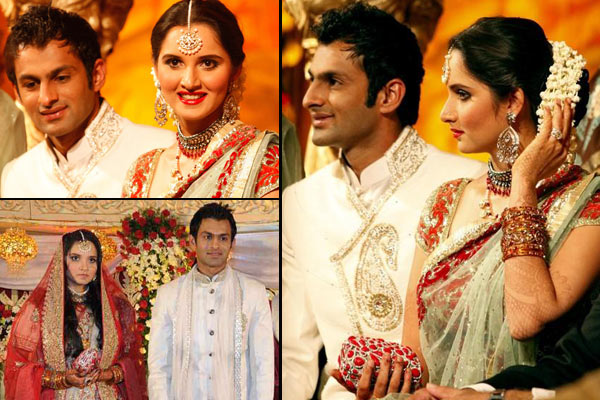 The Sialkot reception was followed by the Walima reception that was hosted at Hotel Pearl Continental in Lahore, Pakistan. The bride wore a silver lehenga and completed the look with diamond jewellery, while Shoaib opted for a sharp black suit that was tailored to perfection. The guest list included many political names as well like Punjab Governor Salmaan Taseer, Federal Minister for Population Welfare Firdous Ashiq Awan, and Prime Minister Yousuf Raza Gilani's son, Qadir. In accordance with the state law, only one dish was served to the party, which ended exactly at 10 pm. Post their wedding, the couple decided to settle in Dubai where Shoaib's team practices. That place suits both geographically. They stay close to the international airport of Dubai. Sania's mother's friend stays in the same building with her family. Defying what the critics said, Sania's form got stronger after the wedding. She now ranks No.1 in the Women's Doubles, and makes India proud every single day. Even after their wedding, the media never failed to stir trouble in their marital bliss. A rumour of Shoaib not attending the wedding of Sania's sister, Anam surfaced but Shoaib left everyone baffeled with his surprise entry. The couple has proved that their love is stronger than anyone could ever think. The lovely couple is soon going to embrace parenthood and welcome their first child into this world. Sania is pregnant with their first child and the couple plans to bestow their baby with both the 'Mirza' and 'Malik' as the surname.

Shoaib and Sania proved it to the world that lines are only a creation of the mind, which the heart refuses to accept. When you are in love, you are in love. There is no explanation and no logic involved in that. When the heart speaks, it becomes imperative for everyone to obey. The strength of their love is visible in the way they look at each other. We wish them and the soon-to-arrive baby, Mirza Malik, all the happiness in the world. Every girl dreams about her wedding at least once in her childhood. You might deny it if you want, but you know in your heart that you do! We all have dreamt about how pretty we would look in the bridal ensemble and that our significant other will cry tears