In the upcoming episode of 'The Kapil Sharma Show', veteran actor, Randhir Kapoor opened up about his directorial debut film, 'Kal, Aaj, Aur Kal'. Details inside!

A family becomes a full circle when siblings are close to each other, and losing a sibling can be extremely traumatic and depressing. Well, Bollywood's veteran actor, Randhir Kapoor, had experienced such emotions on two occasions in the past two years. From losing his younger brother, Rishi Kapoor, to cancer on April 30, 2020, to biding farewell to his youngest brother, Rajiv Kapoor, on February 9, 2021, Randhir had suffered a lot on the personal front.

After all the storms and dark days, we are finally going to see Randhir Kapoor smiling in the promo of the upcoming episode of The Kapil Sharma Show that has aired recently. The makers dropped the promo of the show, which featured the veteran actor unfolding many secrets about his family and leaving his daughter, Karisma Kapoor blushing and embarrassed.

Randhir Kapoor Revealed That His Daughters, Kareena And Karisma Made Him Join Instagram During one of the segments of the show, The Kapil Sharma Show, the show's host, Kapil Sharma, asked Randhir to talk about his debut film, Kal, Aaj, Aur Kal, as a director. The latter revealed that his late father, Raj Kapoor, had inspired him and had seen something in him that even he couldn't see in himself back at that time. Revealing details about the same, Randhir Kapoor stated that someone had told his late father, Raj Kapoor, about his ambition to become a filmmaker, which is why he had granted him that opportunity. He said, "I was very scared. My father told me that I know you want to be a director and an actor. I have heard a story that I liked and I want you to make it, I want you to direct it."

Just like every other aspiring filmmaker, Randhir Kapoor was also nervous before making his directorial debut. Recalling the same, Randhir admitted that he was way too scared because he had to direct his late father, Raj and late grandfather, Prithiviraj Kapoor, in his debut film. He retorted, "I got a little scared thinking how will I cast for this film? When I heard the story, I thought that I need Prithviraj Kapoor and Raj Kapoor for the film, and on top of that I even wanted to work in this film with them, so then I thought how will all three elements come together?"

Don't Miss: Rhea Chakraborty Reportedly To Be A Contestant On 'Bigg Boss 15', Will Earn Rs. 35 Lakh Per Week However, Randhir Kapoor also revealed how his late father, Raj Kapoor, had encouraged him to break all the shackles of doubts and swim against the waves with faith in his heart. Opening up about the way late Raj Kapoor had inspired him to pursue his dream of becoming a filmmaker, Randhir revealed, "I asked my father how will all these things happen? He said "Why? When you want to do it, do it. I have dropped you off in the sea, if you can swim, you will swim. And if you won't be able to swim, you could never have been an actor or a director." Heaping praises on his dad, Randhir Kapoor concluded his statement by saying, "This is how you know about a great personality! Raj sahab saw the talent in him (Randhir Kapoor) and said go and jump in the sea you will learn how to swim. For us, we become the butt of jokes if we click two distorted pictures of someone at a family function." 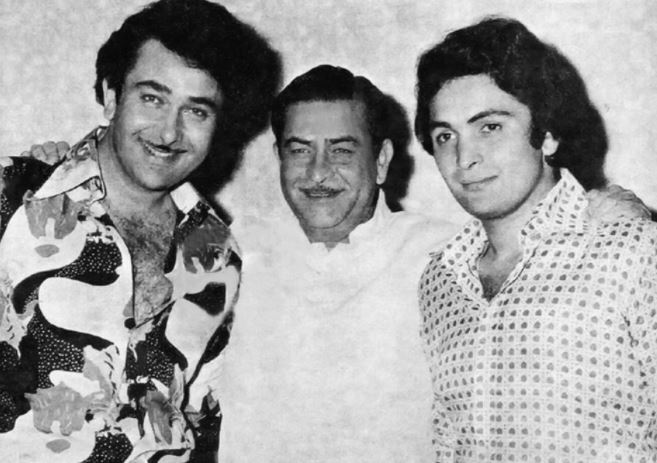 The episode featuring Randhir Kapoor and Karisma Kapoor on The Kapil Sharma Show will be telecast on October 2, 2021.