When Bharti Asked Haarsh Why He Wants To Marry A 'Moti Ladki' Like Her, This Is What He Said

When Bharti Asked Haarsh Why He Wants To Marry A 'Moti Ladki' Like Her, This Is What He Said The laughter queen of the small screen, Bharti Singh got married in on December 3 and our excitement level was at its peak when we saw her in her ‘Dulhan’ avatar! We were glad to see that Bharti was a hatke bride who was not shy and silent, but fun, smiling, dancing and entertaining her guests with her jokes. 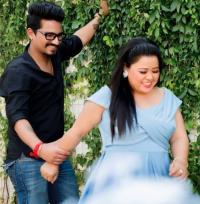 Bharti got married to the writer, Haarsh Limbachiyaa on December 3, in Goa in a beach wedding. Their wedding celebrations began with all the dhoom dhamaka. It all started with the bangle ceremony that took place on November 27 and Bharti looked stunning in her red Neeta Lulla dress.

Take a look at the pictures from the ceremony HERE. 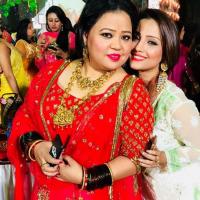 Unlike other celebrities, Bharti wanted to share each and every moment of her wedding with her fans, so she decided to invite her fans to her wedding through her wedding web series named ‘Bharti Ki Baraat’.

OnBoard LIVE made a web series on their wedding and they released the music video of Bharti Ki Baraat, where Bharti and Haarsh are seen romancing in a vineyard. After a fantastic response on the music video, the first episode of ‘Bharti Ki Baraat’ - 'Bharti Ka Haarsh' was released and we just can’t stop laughing after watching the video.

Bharti and Haarsh are narrating their zara hatke prem kahani and their sizzling nok-jhok vali chemistry is unmissable. From Bharti and Haarsh’s first meeting to their friendship to that BBM vala proposal, everything is like some filmy story. 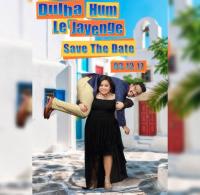 Not only Bharti and Haarsh, but their friends from the industry, including Rithvik Dhanjani, Karan Wahi, Krushna Abhishek, Anu Malik, Kishwer Merchant, Suyyash Rai, Ravi Kishen and many others shared some hilarious things about the couple.

You May Like: Bharti's Dance On Her Bangle Ceremony Will Make You Believe Why Punjabis Are The Best 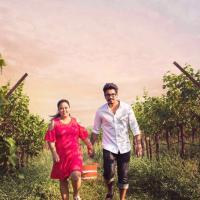 How this Punjabi Kudi and Gujarati Chokra met and fell in love is an interesting tale and a complete laugh riot!

Isn't the video totally amazing? We are loving their friendly banter and how Haarsh proposed her on BBM. Did you see the expressions on Bharti's face when she was talking about why Haarsh fell in love with her and proposed her for marriage? She is on cloud nine to have found a life partner like Haarsh.

But, what we loved the most in the entire episode was when Bharti shared that how she once asked Haarsh that why is he marrying a fat girl like her and his response was beautiful beyond words!

Their love for each other is so evident in this video and we must say both Bharti and Haarsh are lucky to have found each other as their soulmate. Stay tuned with us for all the updates, fun pictures and videos of this lovely couple.

NEXT READ: 10 Popular Television Men Who Are Younger Than Their Wives