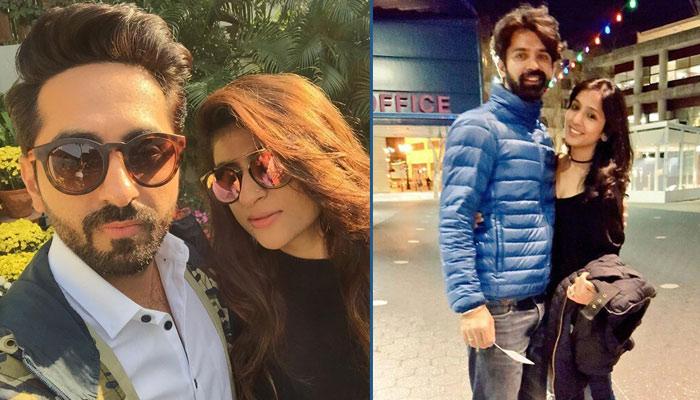 It is believed that relationships in the entertainment world are rather fragile. When you have a huge fan following and are asked to do some intimate scenes with your co-stars, it makes being loyal a difficult task.

Recommended Read: 9 Stunning Television Divas Who Flaunted Their Baby Bumps Like A Pro

But such is not the case with these TV celebs. These celebs have proved that love prevails against all odds and even after acquiring fame, they sticked to their chuddy buddies. Here is a list of those celebs who got married to their childhood sweethearts. 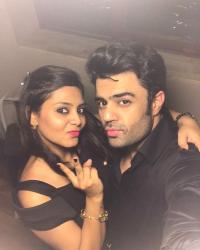 Who doesn't know Maniesh Paul? This handsome and humourous man makes us laugh till we drop. This funny and chilled out guy has always been serious about his relationship. Maniesh and Sanyukta have known each other since their kindergarten days. They have played mechanics and scrabble together. Finally, when the school was about to get over, Maniesh told Sanyukta about how he felt and they have been inseparable ever since. 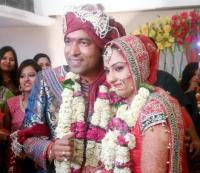 Chandan Prabhakar rose to fame following his stint as Raju in Comedy Nights with Kapil. Not just this, he has also worked in several Punjabi movies as well. The man who makes us laugh with his impeccable comic timing got married to his childhood friend, Nandini Khanna and together they have a daughter. 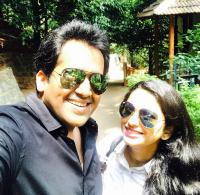 Rucha is recognised for her portrayal of Rashi in Saath Nibhana Sathiya. Contrary to the character she played on the silver screen, she is a family oriented person. She and Rahul used to go to the same school and that's where their love story began. Rucha left the entertainment industry and got married to his childhood sweetheart, Rahul. 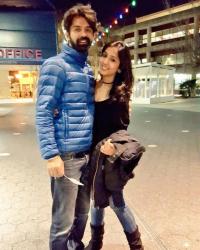 Barun Sobti soared to fame by playing Arnab Singh Raizyada in Iss Pyaar Ko Kya Naam Doon. He is actually very different from the character he plays. He is very romantic and met his wife for the first time when they were still in the 9th grade. Barun used to be one of the many suitors of Pashmeen in the school. Finally, she fell in love with him and they are happily married now. 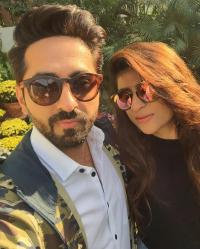 Ayushmann gained popularity as a VJ before he made his big debut with Vicky Donor. His boyish charms and singing talent have gained him a huge female fan following. He got married to his childhood sweetheart, Tahira in the year 2011. 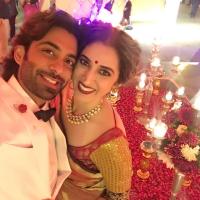 With hits like Uttaran, Lajwanti, Suhani Si Ek Ladki and Kasam Tere Pyaar Ki under his hat, Rohit Khurana has proved his worth in the acting world. It was long after he got famous in the entertainment industry that his fans got to know that this star is already hitched to his childhood sweetheart. He met Neha while they were in school and now they have a son and a daughter together.

Karanveer is a renowned name in the television industry. Having worked in some of the hit serials like Pavitra Rishta and TV, Biwi Aur Main, he became a household name. Karan met his wife for the first time when they were still in school. She was a popular girl and he faced a tough competition before he could befriend her. They used to be classmates and now they are husband and wife. 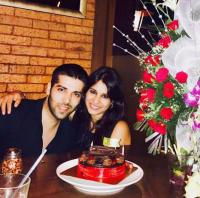 Kinshuk Mahajan became a well-known face when he acted in Sapna Baabul Ka...Bidaai. This skilled actor is a shy one. He first met Divya in an economic's class. They were both teenagers at that time when exchanging notes converted into exchanging love. They are now happily married.

Recommended Read: 5 Famous TV Celebrities Who Bashed Trolls And Stood Up For Their Partners

Marrying your childhood friend is a wonderful feeling. Spending the rest of your life with the ones you have grown-up with is nothing but magical. These celebs found their love at a tender age and now they are enjoying every bit of their blissful married life.