Jay Bhanushali and Mahhi Vij's little princess, Tara Bhanushali has become the 'youngest baby influencer in India'. Scroll down to know what Mahhi has to say about this!

Mahhi Vij and Jay Bhansuhali make for an adorable couple and even more adorable parents to their three kids, Khushi, Rajveer and Tara. While they had adopted Khushi and Rajveer, Mahhi had embraced motherhood last year in August with the birth of her daughter, Tara. Ever since then, the doting parents keep sharing glimpses of their little princess on social media. Little Tara has her own verified IG account with a huge fan following. (Recommended Read: Natasa Stankovic Shares Playtime Pictures With Her Little Boy, Agastya As He Looks At Her Lovingly)

Jay Bhanushali and Mahhi Vij's happiness knows no bounds as their little princess, Tara Bhanushali has become the 'youngest baby influencer in India'. Yes, apparently Jay and Mahhi's 13-month-old baby girl is the youngest baby influencer in the country. Around 133k people follow Tara's official IG account, which is managed by her doting parents, Jay and Mahhi. Tara's IG handle is filled with adorable pictures and videos of the little goofball. In a conversation with Pinkvilla, Mahhi Vij talked about the same and said that she wanted her daughter to grow up with the love and blessings of everyone, and thus she decided to make Tara's Instagram handle. Mahhi said, "I started Tara's profile right after her birth when I opened her account and posted a picture of her which got massive engagement and love. Knowing that eventually, she will grow up and probably be in the public eye like Jay and me, I thought this to be the perfect time to have her page." Mahhi also expressed her gratitude to all, who shower their love on Tara and their family. She was quoted as saying, "I am thankful to have her grow with the love and blessing of so many people. I am also excited for her to look back at all these memories we created for her when she is of age." The doting mother also expressed her happiness on Tara being approached by brands at such little age. Mahhi shared, "A lot of brands have approached her, there are still so many pending requests which I have to go through." Mahhi further added, "It is startling that at such a young age she has already become a baby influencer. It was completely unplanned and I am so proud of her. I am grateful for everyone who follows her, loves her, and blesses her daily." (Also Read: Mommy-To-Be, Anushka Sharma Shares A Candid Click Of Her Hubby, Virat Kohli Washing His Shoes) 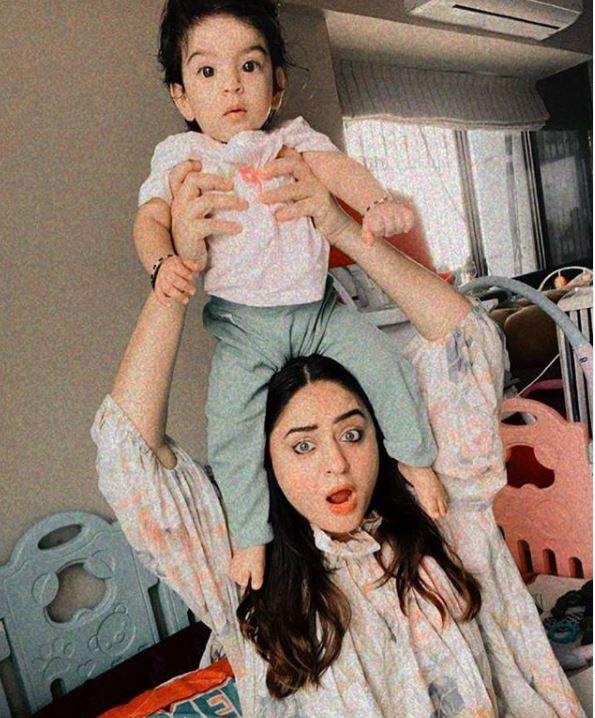 Mahhi Vij and Jay Bhanushali often share cute gimmicks of baby Tara on their IG handles. On October 14, 2020, Jay Bhanushali had shared a cute video wherein, Mahhi Vij's struggle to feed her daughter, Tara could be seen clearly. Mahhi Vij was seen dancing on the song, 'Lakdi ki kathi, kathi pe ghoda' as she had tried to feed Tara so that she won't be distracted. Check out the cute video below:

In a conversation with Love Talkies, Jay Bhanushali and Mahhi Vij had talked about embracing parenthood. Mahhi had said, "Now that Tara has come in our life, our life only revolves around her. I don't get time for anything else. Even if I am out, I feel something missing, I want to rush back to her." Jay had also talked about the time when he and Mahhi were expecting Tara and had stated, "Life has changed a lot. I have started respecting Mahhi more, I miss her more when she is not around. I have started caring more, earlier maybe I didn't but now after seeing her struggle so much with the pregnancy, I have a newfound respect for women." (Don't Miss: Neha Kakkar's Ex-Boyfriend, Himansh Kohli Slams A Fake Video That Shows Him Apologising To Her)

We love baby Tara's adorable pictures and videos! What about you?