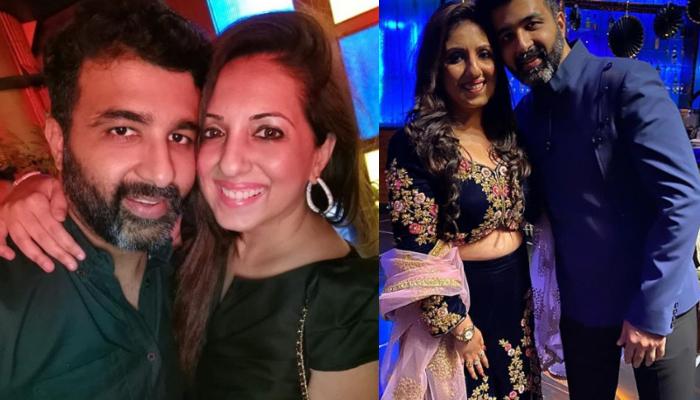 There’s no better feeling in the world than buying an engagement ring for the love of your life. We all dream of this day with our respective partners, however sometimes the partner changes and ring remains the same. No laughs, please! Nevertheless, we all have been there dreaming about the day of our engagement with that special person in our head with those magical lines of the song, Mere Sohneya from the blockbuster film, Kabir Singh, “Ban-than Ke Mutiyara Aaiyan, Aaiyan Patola Banke, Kanna De Wich Pippal Patiyan, Baanhi Chuda Khanke, Mere Sohneya Sohneya Ve, Ve Maahi Mera Kithe Naiyo Dil Lagna.” No wonder this is a dreamy song and if you’re in a relationship, then it is going to make you fall in love with your partner once again. (Recommended Read: Kangana Ranaut Reveals Her Sister, Rangoli Feared That Media Will Assume Prithvi Is The Actress' Son)

However, there’s no denying the fact that engagement is one of the most precious memories of a couple’s life. The sole reason behind this statement is the fact that it is the stepping stone in the long journey of marriage ceremonies. This year, we have seen a lot of television and Bollywood celebrities exchanging rings and tying the knot. Some have already done it while some are going to do it soon, there’s no doubt that this year is going to fill with a lot of celebrity weddings and we are going to see stunning outfits, dreamy destinations, and romantic pictures on the internet. 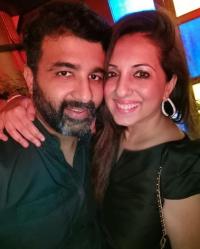 Today, we are going to talk about one such couple, who has exchanged rings with each other. The famous Tantra show actress, Munisha Khatwani who is one of the most popular astrologers in the country had all her stars in the right place. Munisha got engaged with her long-term lover, Sameer Thakur in a fun-filled roka ceremony on January 23, 2020. There were a lot of television stars at the engagement ceremony to bless the beautiful couple. Some of the notable names include Karan Mehra, Juhi Parmar, Munmun Dutta, Nisha Rawal, Rohit Verma, Delnaaz Irani, Vahbiz, and many others. (Also Read: Ayushmann Khurrana Is All Hearts Seeing His Wife, Tahira Kashyap's Latest Picture) 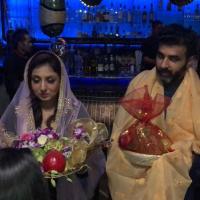 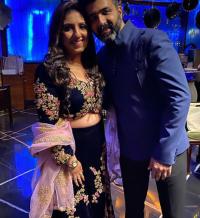 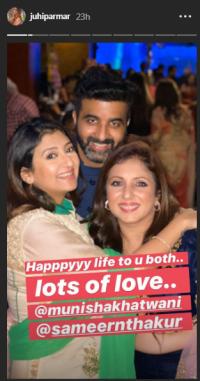 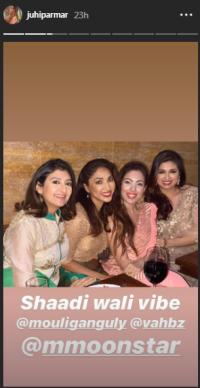 It was Yeh Rishta Kya Kehlata Hai star, Karan Mehra who attended the engagement ceremony with his beloved wife, Nisha Rawal. The two simply light-up the evening for the newly-engaged couple and it was Karan, who posted a cute picture with the newly-engaged couple and also captioned the picture with a sweet blessing for the two, that reads “Heartiest Congratulations to you both. Endless times we spoke about The Mr.Right for you and so happy that you finally found Sam. God Bless You both and all the best for a lovely new beginning.” Have a look at his post:

Munisha and Sameer met on an online dating app and after a series of deep talks and comfortable space in-between them, the couple started feeling something for each other. In an interview with the Mid-Day, Munisha had revealed, “Right from the time I met him, it always felt right with Sameer. I just felt very comfortable and it just felt that this is the right thing for me. He is very humble, kind and very loving. I felt comfortable with him and we soon started talking about anything and everything. It just felt like he was made for me. Even though the universe made me wait for a while, I got the best in the end. We felt an instant connection with each other and within 7 days, he told me that he loves me and things just moved super-fast!.” 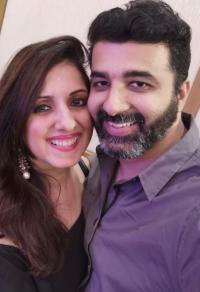 Munisha also talked about the constant advice that people used to give her about getting married but she was clear in her mind that, she is going to wait for the right person rather than going for one in a hurry. The actress talked about this in the same interview with the Mid-Day and had stated, “People used to tell me, 'You're getting older, and you're now in your late 30s and all that. So where is the chance for you to find somebody nice or find somebody loving?' They would tell me that I would have to compromise and settle either for a divorcee or a widower, or maybe someone with children. But I was always sure that I didn't want to compromise. I was happy being by myself and I had faith in the universe and the Lord. I knew that the universe is going to take care of me. All I can say is that Sameer is my destiny and all I know that he was destined for me that is the reason why it did not work out with anyone else.” (Don't Miss: Shoaib Ibrahim Shares Candid Pictures Of Happy Times With Wife, Dipika Kakar And Mother) 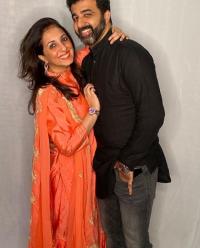 Congratulations to Munisha and Sameer for their engagement.