Popular actress, Tamannaah Bhatia finally reacted to her ongoing marriage reports in the media and shared a picture of her businessman husband with her fans on Instagram. Find out!

One of the hottest and most sought-after actresses in India, Tamannaah Bhatia needs no introduction. From her fashion quotient to her acting chops, Tamannaah is quite popular among youngsters. With a fanbase of 18.6 million followers on Instagram, she is also one of the most followed actresses in the film industry. The actress is very much focused on her professional career and continues experimenting with her roles. However, her marriage reports often make it into the headlines, giving a scare to her million male fans across the nation.

Well, once again, Tamannaah Bhatia's marriage reports are trending on all the social media charts and are getting discussed on the internet by netizens. Reports are rife that Tamannaah is reportedly getting married to a businessman. However, the actress gave a befitting response to such reports through a picture on her social media handle.

Akshay Kharodia Breaks Silence On Trouble In Marriage, Celebrates One Month Of His Wedding To Divya

Recommended Read: Charu Asopa Gets Emotional As She Shares Glimpses Of Her New Home, Says, 'Enough For Me And Ziana' On November 16, 2022, Tamannaah Bhatia took to her Instagram stories and shared one of her older reels which was getting shared by many media houses, along with the reports that she is getting married soon. However, when the speculations of her marriage really started boiling on the internet, the stunning actress shared the same video and introduced her businessman husband to the world. Tamannaah shared the same reel and took a screengrab of the latter part of the video, in which she can be spotted in a man's avatar. The hilarious response from Tamannaah was well-received by her fans and the audience. Atop the picture, she wrote: 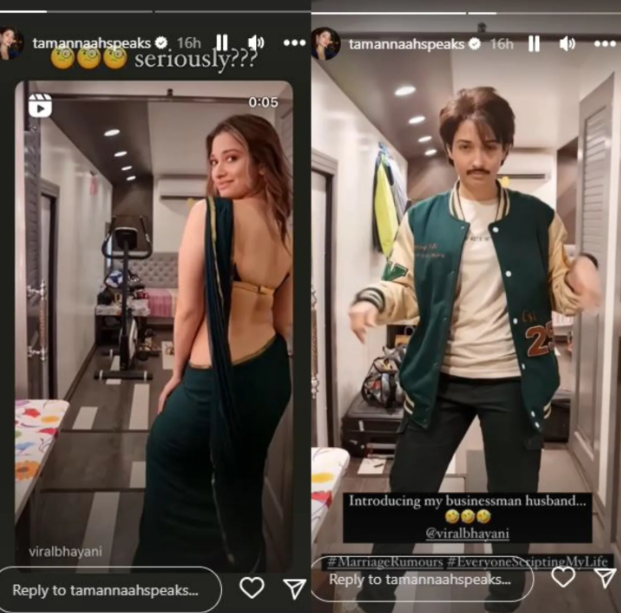 This isn't the first time when Tamannaah Bhatia's marriage reports are making a lot of noise among the media corridors. Over the years, we have seen people speculating about her marriage and ending up hiding in their caves after the actress rubbished them every single time. For instance, back in 2019, reports were rife that Tamannaah was all set to marry a USA-based physician. It was stated that Tamannaah and her alleged boyfriend are taking the plunge into an intimate wedding function. 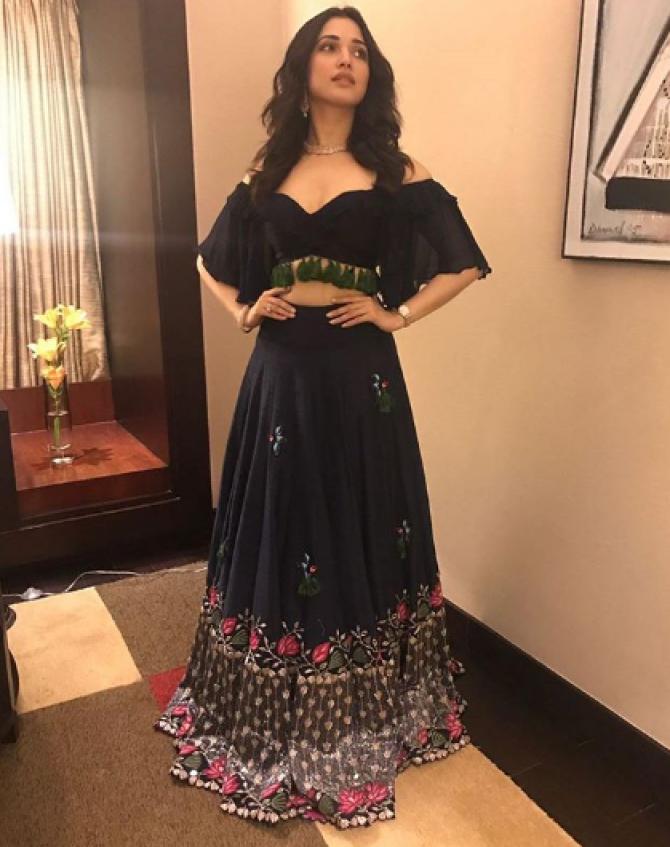 However, when Tamannaah Bhatia was contacted to reveal the truth behind her marriage reports in the media, the actress rubbished the rumours completely with a long note on Instagram. The actress had clearly mentioned that neither she was going to get married, nor was she in a relationship with any USA-based physician. Not only this, but Tamannaah also added that her parents were quite supportive and had always respected her personal space and freedom. Reflecting on the same, she had written:

"One day it's an actor, another day it's a cricketer, and now it's a doctor. These rumours make it sound like I'm on a husband shopping spree. While I love the idea of being in love, I definitely don't appreciate baseless news when it comes to my personal life. I am happily single at the moment and my parents aren't groom hunting." Going further in her note, Tamannaah Bhatia also added the day she decided to get married, she would definitely inform her fans about the same. However, the actress had admitted that she is very much focused on her cinematic endeavours, and marriage is still a goal too far. In her heartfelt note, Tamannaah had also requested people not to speculate anything about her personal life and about a sacred thing like marriage, as she found it quite disrespectful. Her note could be read as:

"The only thing I'm romancing right now are my cinematic endeavours. I really wonder where these speculations constantly crop up from when all I'm doing is shooting. It's really prejudicial and disrespectful. The day I decide on going down that road, I will announce it to the world myself because the institute is consecrated, it's not as casual as the numerous speculations being floated. I'd like to make it very clear for once and for all that marriage isn't on the cards yet and all these baseless rumours must be put to rest and is a product of someone's imagination." On the professional front, Tamannaah Bhatia will be next seen in the film, Bhola Shankar.

Akshay Kharodia Breaks Silence On Trouble In Marriage, Celebrates One Month Of His Wedding To Divya