Kareena Kapoor Khan and Saif Ali Khan's son, Taimur Ali Khan is no doubt an internet sensation. His pictures go viral in no time. Now, his latest picture with Saif is too cute for words. Check inside.

He is one of the cutest celebrity kids on the block and there is no second thought about that. Not just this little one’s family, but probably the entire nation is witnessing him growing. From his very first picture as a newborn all pink, completely wrapped up in a cloth and cuddled in his mom’s arms to now when he says ‘Hi’ and ‘Bye’ to his ‘media friends’, this little cotton ball is growing too fast and so is his fan following, already. Yes, we are talking about none other than the sabse chotu Nawab of Pataudi khandaan, Taimur Ali Khan.

Born to his star parents, Saif Ali Khan and Kareena Kapoor Khan, the little Tim (as his nickname goes like), who is just two-and-a-half-year-old has been bagging so much love from people out there. Just one picture of this little munchkin is enough to shook away the Monday blues. In fact, all this while he has been doing the same, isn’t it? (You May Alo Like: Misha Kapoor Gives A High Five To Peppa Pig, Mommy, Mira Rajput Kapoor Captures The Moment) 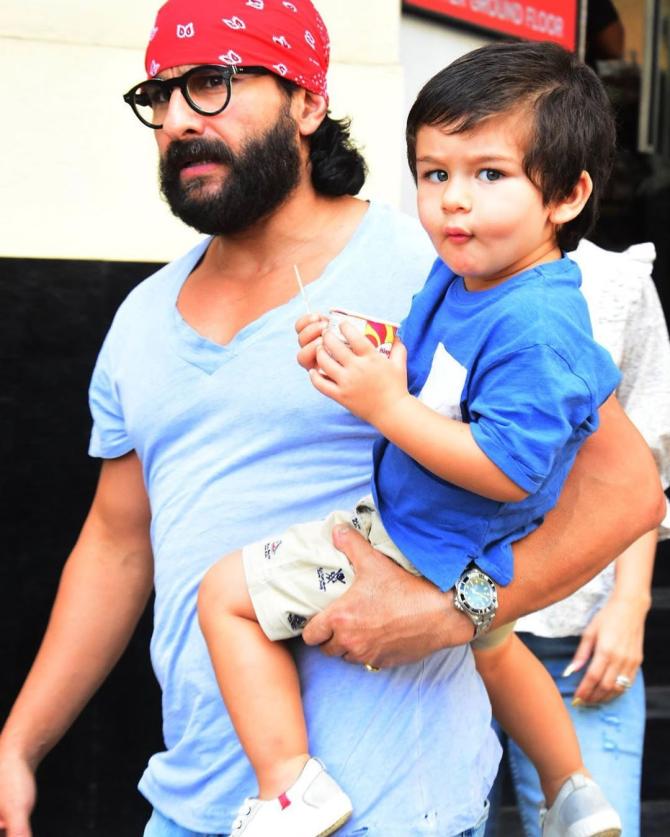 On and off, Taimur’s pictures keep popping up on our Instagram feeds. Similarly, now there is another picture of the little cotton ball that has gone viral on social media wherein he can be seen clinging tightly to his abba, Saif’s leg. In the picture, we can see Saif standing and Taimur can be seen sitting on lush green grass whilst sticking tightly to his dear daddy. It seems that Taimur is very possessive of his father that he wouldn’t let go of him. Here’s the picture that we are talking about: 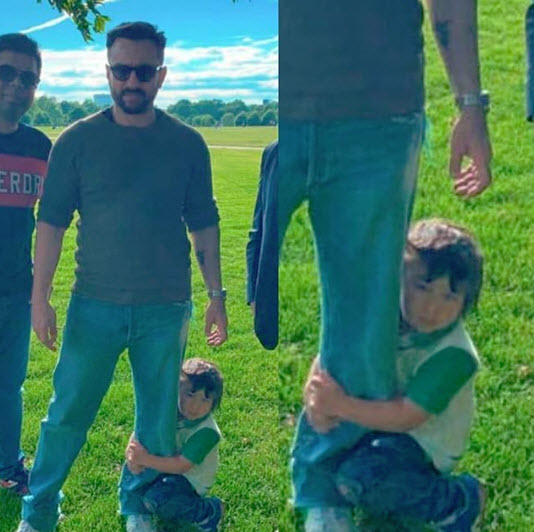 Lately, in a recent interaction with the Bombay Times, the Sacred Games actor poured his heart out on how he feels if Taimur is sleeping when he comes back home from work. Saif was quoted as saying, "When I come home after work and find Taimur sleeping, I feel bad. We shoot long hours, but if I haven’t packed up even after 8 pm, I feel uncomfortable because it means taking away time from my son.” (Do Check: Malaika Arora Shows Us 5 Steps To Tie A Ponytail, Arjun Kapoor Steals The Show With His Comment) Further, reminiscing about his own growing years and what his parents, Mansoor Ali Khan Pataudi and Sharmila Tagore had taught him, he had retorted, “In my growing-up years, my parents taught me about the importance of respecting family space. My father (Mansoor Ali Khan Pataudi) was a cricketer and mother (Sharmila Tagore) is an actress, and they both had hectic schedules. However, we learnt that it is important to talk about other things, too, at home and that’s how life becomes beautiful." 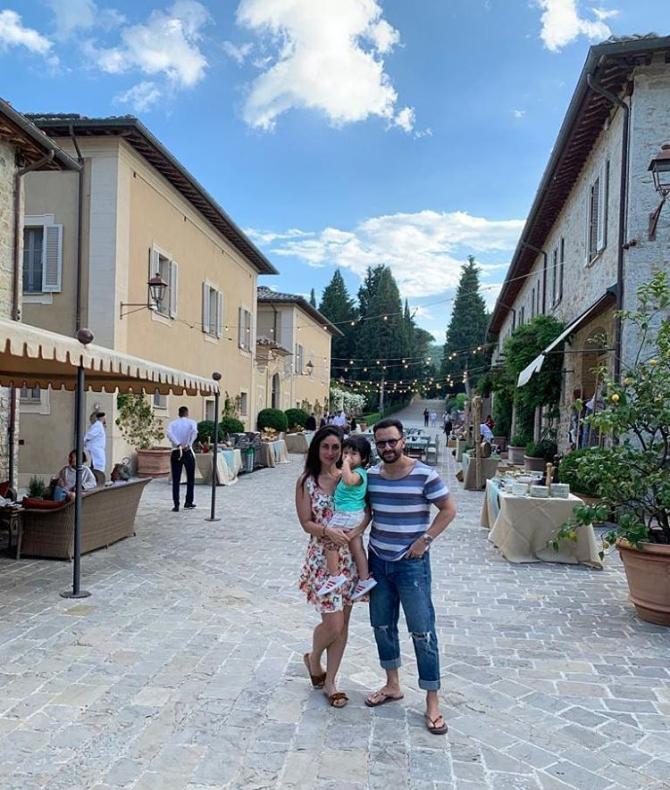 Lately, rumours had it that Taimur Ali Khan would do a cameo in Kareena Kapoor Khan starrer, Good News. The reports had suggested, "Taimur will be seen in Good News. He has shot for two scenes and will be seen in the same frame with his mother and Akshay sir. The video which went viral was taken after [Taimur] shot for his scenes. His cameo extends to nearly 10 minutes." It all started because little Tim was seen on the sets of the film’s shooting quite often. Later, mommy Kareena rubbished the rumours and had simply told the Mumbai Mirror, “Not at all. Why would he do that?” (Don't Miss: Exclusive! Unseen Pictures And Videos From Charu Asopa And Rajeev Sen's Pre-Wedding And Wedding) 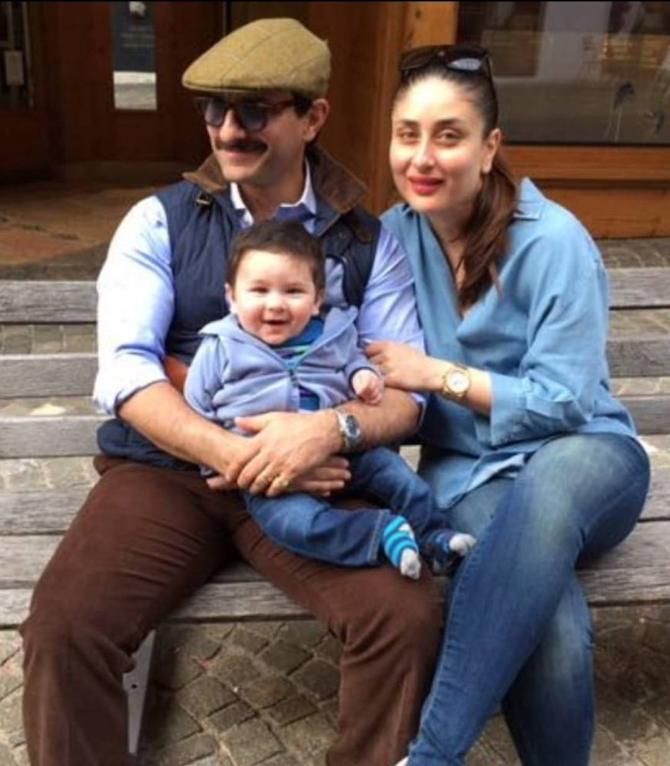 Of late, in an interaction with The Times of India, Kareena got candid about her son Taimur when asked if he has inclination towards dance, and had said, “A little bit as he is too small. He hasn't just focused on one thing.” If Taimur is allowed to watch TV, Kareena had answered, “No, he doesn't watch TV. He is too small, but it is inevitable and later on, when he grows up, he will decide what he wants to watch.” 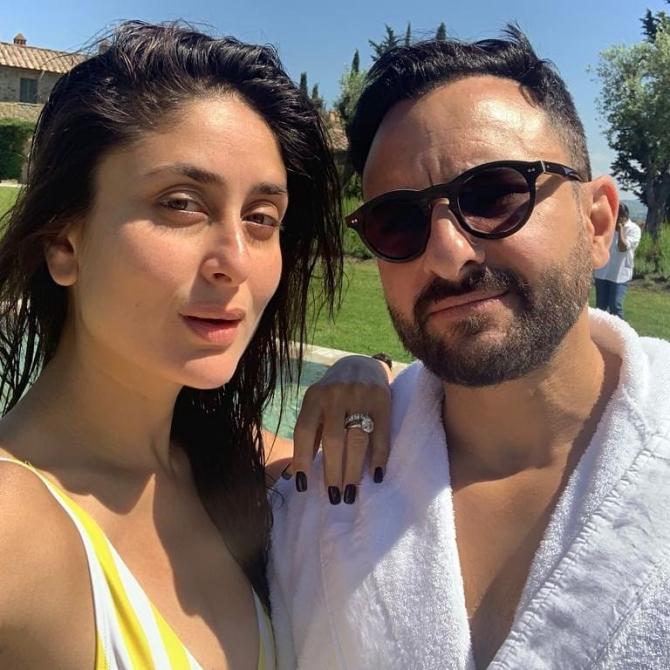 Being a working mother, Bebo had once gone on record to share that she doesn’t choose between career and family. The 38-year-old actress had remarked, "I’m at a stage in my life where I don’t have to choose between career & family. I’m doing both. I’m an actor but through all the ups & downs I’ve been a sister, a wife, a mom & none of these roles have deterred me. In fact, it’s put me on the right path. My dreams have gotten bigger–there’s much more to achieve. As an actor, and as a woman.” 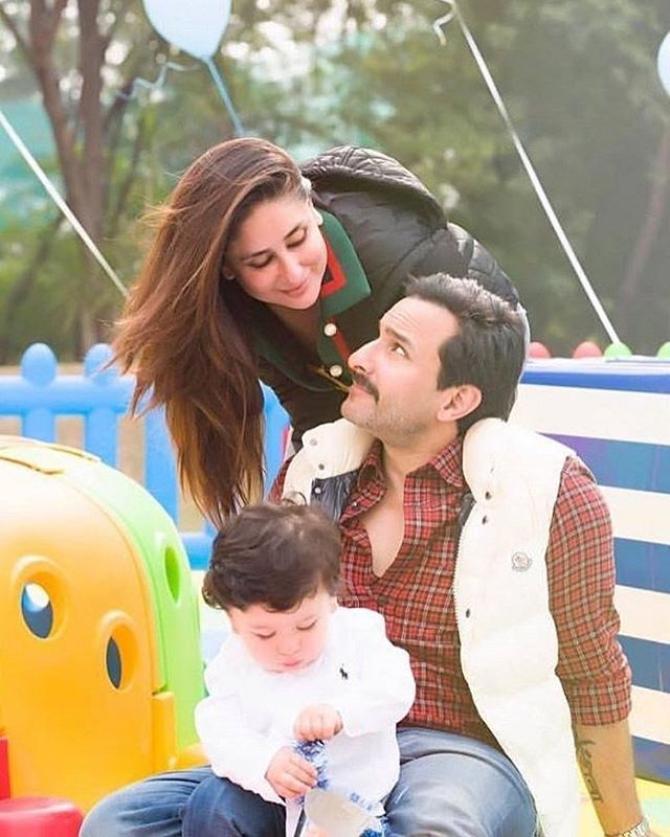 Coming back to the little Tim, papa Saif Ali Khan had recently talked about the media's obsession with his son and had been vocal about his point of view. Saif was quoted as saying, “It would be so nice to live in a culture that allowed children to be children. Play in a park and do what he wants...without being a celebrity. Even he has started saying ‘media’. I say where’s the media and he points outside. All of our kids want to join films and I am a little concerned about that. I feel there should be other choices.” (Also Read: Kanchi Singh And Rohan Mehra Are Vacationing With Shakti Arora And Neha Saxena In Jordan) 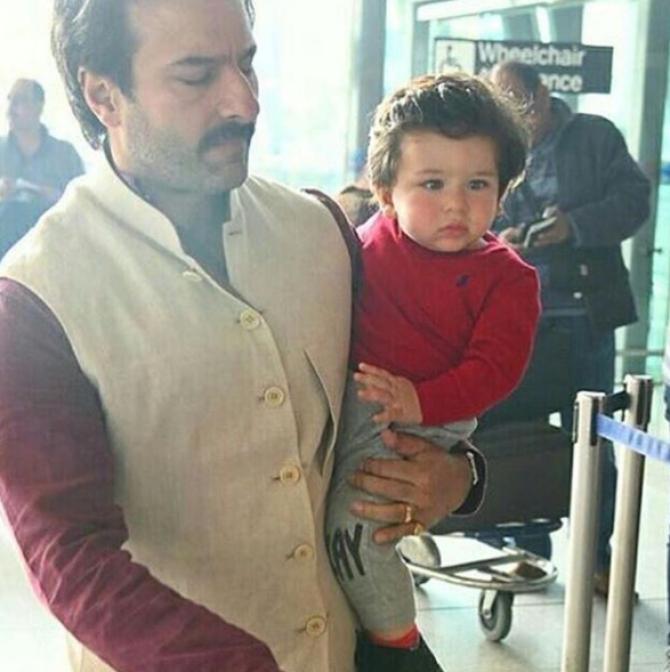 In another interview with the Hindustan Times, Saif had talked about his kid’s perception on media and had revealed, “Timtim is more media-savvy than either me or Bebo (Kareena Kapoor Khan). He calls the photographers 'Mediawale'. He thinks Mediawale is a name! One of his favourite games is to point my camera at people. He will say 'khichik khichik khichik' and pretend to be 'Mediawale'!”

What do you guys have to say about Taimur’s latest picture with daddy, Saif? Do let us know!