Taimur Ali Khan is not just another celebrity kid. He is a sensation, a superstar and for all the rightful reasons. Who knew that the paparazzi and media culture would change forever on December 20, 2016, when little Tim was born? Ever since he was born, he has been responsible for setting social media on fire on a daily basis and clearly, media people are always stationed outside his house. (Suggested Read: Neha Dhupia Shares 'His First, Her First' Father's Day Picture Of Angad Bedi And Mehr Dhupia Bedi)

Taimur Ali Khan's every picture and video goes viral on social media and he is single-handedly responsible for generating hundreds of likes, comments, fan-pages and RTs on social media. From his play dates with his cousin, Inaaya Naumi Kemmu to his horse-riding sprees, from him playing badminton with papa Saif to getting snapped on Sports Day with mom, Kareena, this 2-year-old is cutesy in every way. 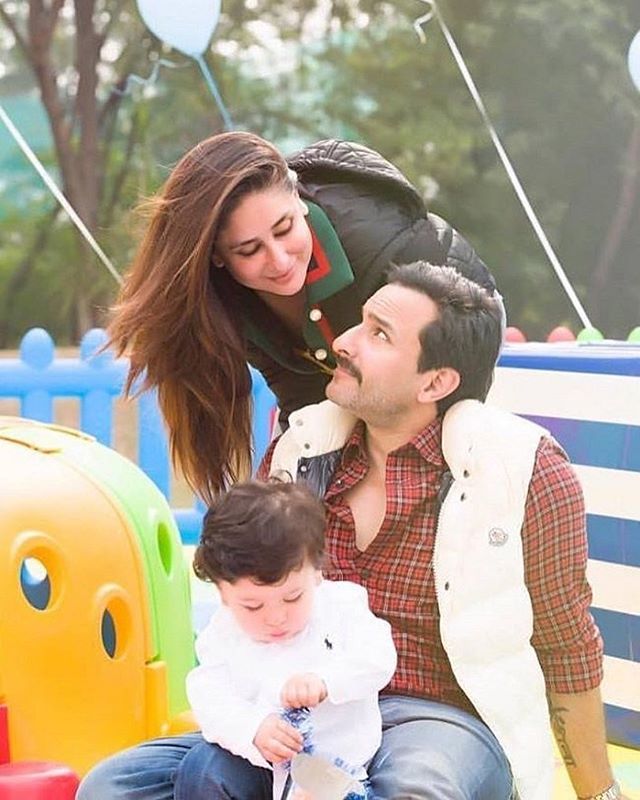 Taimur Ali Khan won everybody's heart last night on June 17, 2019, and seems that just like his father, Saif Ali Khan and grandfather, Mansoor Ali Khan Pataudi, he too is a cricket fan. After India defeated Pakistan yesterday in the World Cup match, Taimur Ali Khan bled blue donning a team India t-shirt and gesturing a salute pose. It must be noted here that papa, Saif Ali Khan who is already in London had darted off to Manchester to cheer for team India. Take a look:

Taimur Ali Khan is a sensation and his parents have always been vocal about him. Kareena Kapoor Khan recently had shared that when she gets back home and if Taimur is sleeping, she feels really guilty. She had said, "When I come home after work and find Taimur sleeping, I feel bad. We shoot long hours, but if I haven’t packed up even after 8 pm, I feel uncomfortable because it means taking away time from my son.” 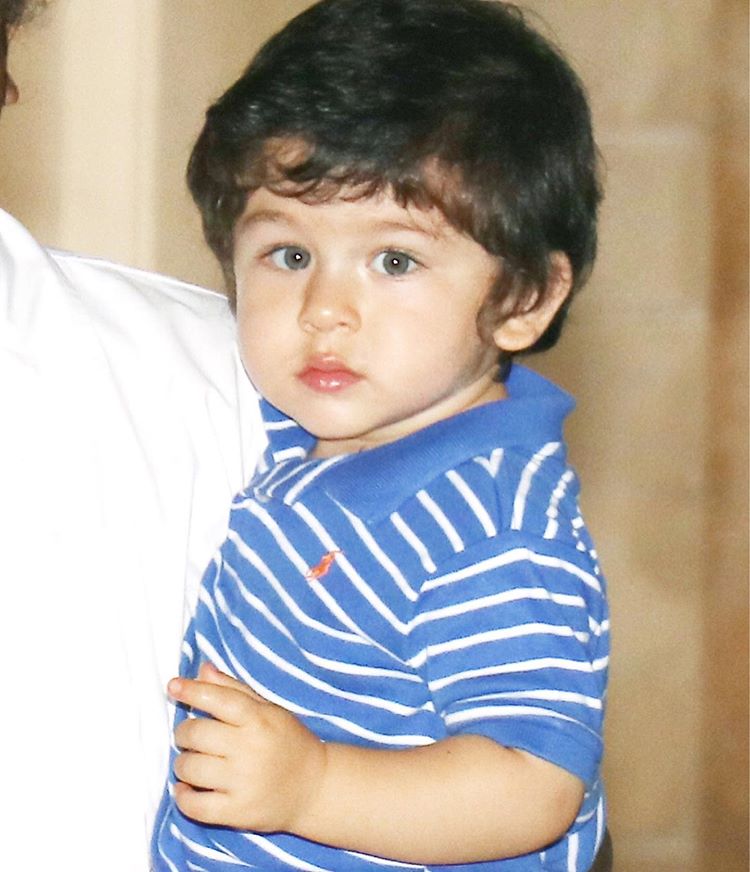 Along the similar lines, Saif Ali Khan had said how it's very important to respect one's family space. He had said, “In my growing-up years, my parents taught me about the importance of respecting family space. My father (Mansoor Ali Khan Pataudi) was a cricketer and mother (Sharmila Tagore) is an actress, and they both had hectic schedules. However, we learnt that it is important to talk about other things, too, at home and that’s how life becomes beautiful." 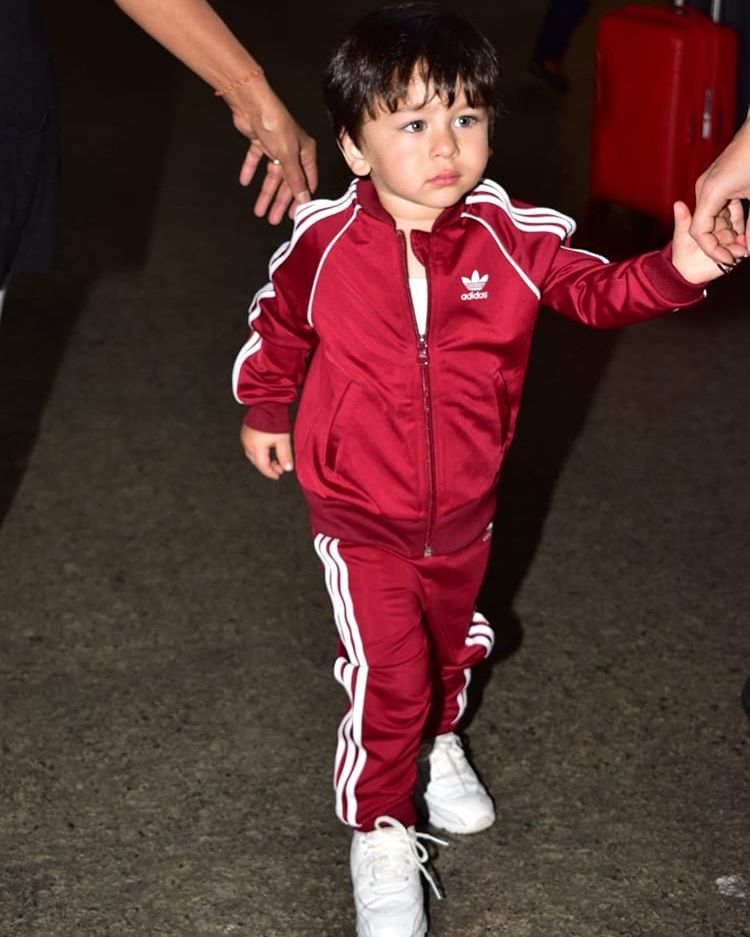 Kareena Kapoor Khan, on the other hand, had shared in another interview that she is a working mother and doesn't have to choose between career and family. She had said, "I’m at a stage in my life where I don’t have to choose between career & family. I’m doing both. I’m an actor but through all the ups & downs I’ve been a sister, a wife, a mom & none of these roles have deterred me. In fact, it’s put me on the right path. My dreams have gotten bigger–there’s much more to achieve. As an actor, and as a woman.” (Must Read: Mira Rajput Kapoor Uses A Beautiful Unseen Picture From Her Wedding To Wish Her Dad on Father's Day) 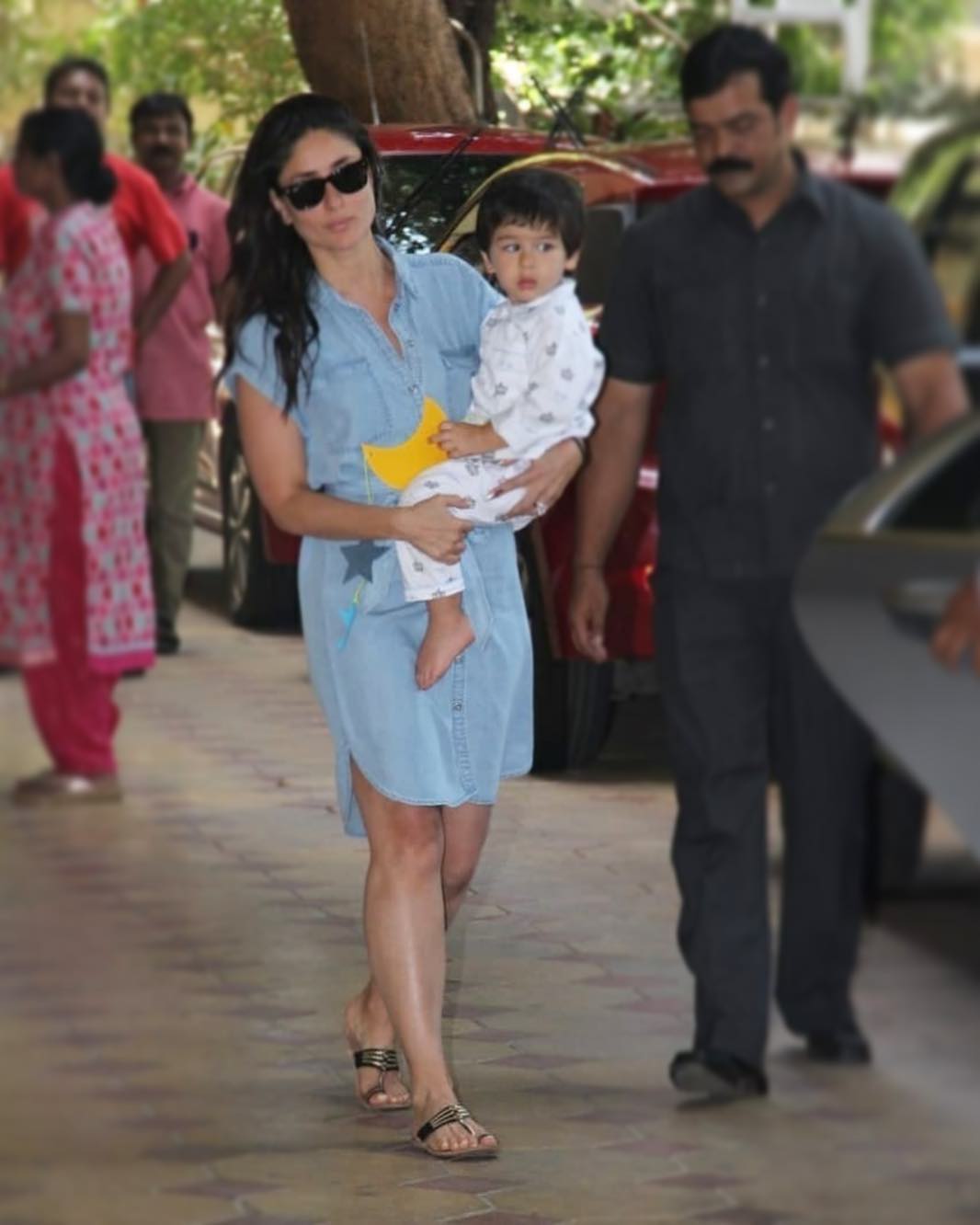 Kareena, Saif and Taimur are on a Europe vacation these days owing to their professional commitments. A media report had claimed recently, "The Pataudis will stay in Tuscany for six days, after which they will fly to London where Saif will start shooting for his next, Jawani Jaaneman. On June 20, Kareena will fly to Mumbai only for a day to shoot for her debut TV show Dance India Dance. She is also slated to shoot for Angrezi Medium in London towards the end of June or July. When that begins, she will juggle it with her TV show." 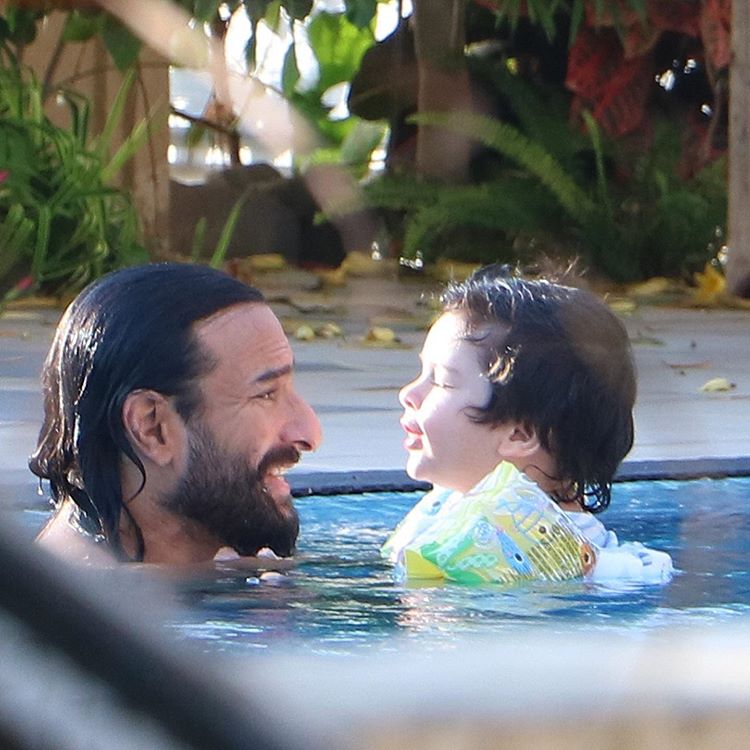 Coming back to Taimur Ali Khan, papa Saif Ali Khan had recently talked about the media's obsession with his son and had given his opinions about the same culture. He had said, “It would be so nice to live in a culture that allowed children to be children. Play in a park and do what he wants...without being a celebrity. Even he has started saying ‘media’. I say where’s the media and he points outside. All of our kids want to join films and I am a little concerned about that. I feel there should be other choices.” 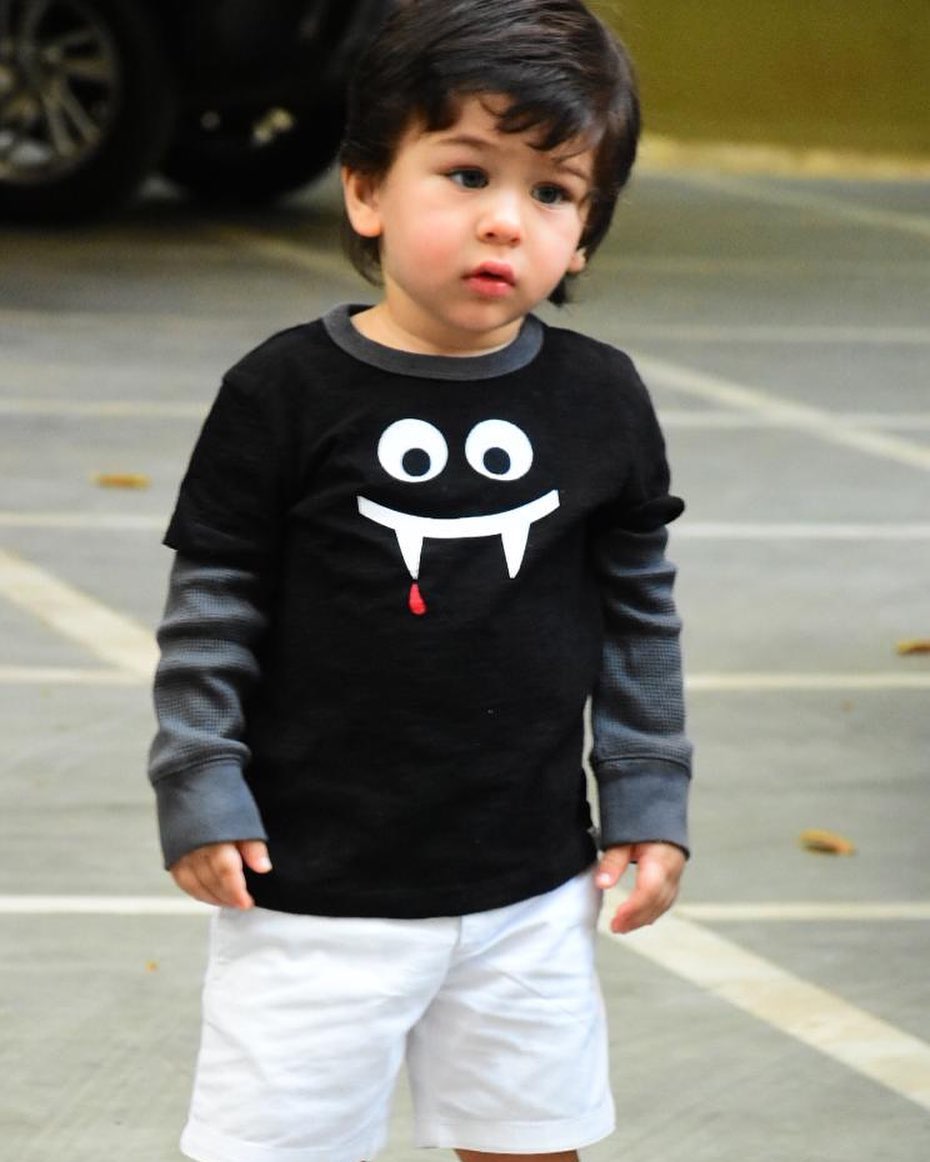 In another interview with the Hindustan Times, Saif had talked about his kid’s perception on media and had revealed, “Timtim is more media-savvy than either me or Bebo (Kareena Kapoor Khan). He calls the photographers 'Mediawale'. He thinks Mediawale is a name! One of his favourite games is to point my camera at people. He will say 'khichik khichik khichik' and pretend to be 'Mediawale'!” (You May Like: Charu Asopa's Traditional Rajasthani Chooda Is Too Unique To Miss, Complements Her Wedding Lehenga) 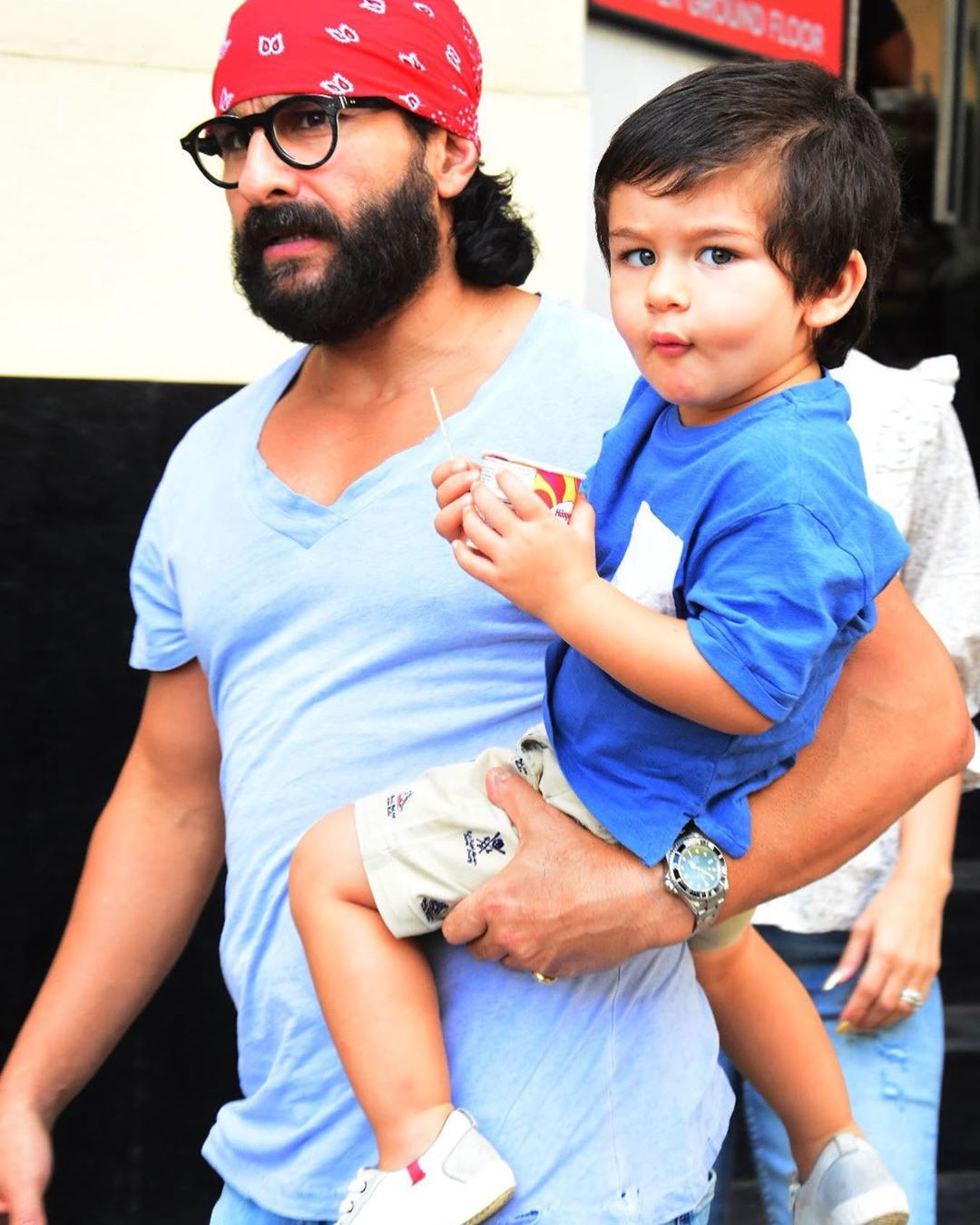 Taimur Ali Khan cheering for India yesterday is one of the cutest moments you'll see on the internet. 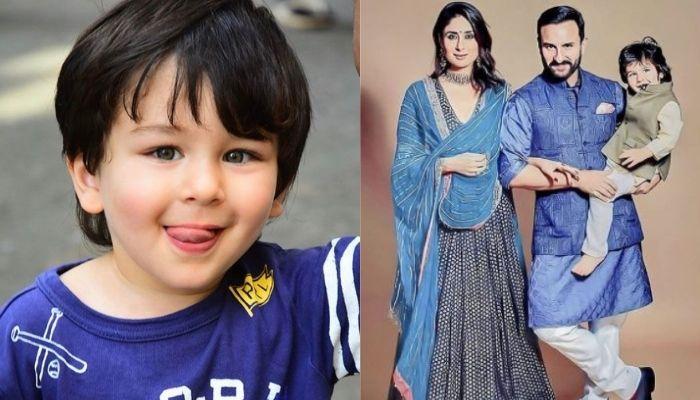 Kareena Kapoor Khan and Saif Ali Khan were blessed with their first child, a baby boy on December 20, 2016, whom they have named Taimur Ali Khan. Right after his birth, the little prince of Pataudi, Taimur had stormed the internet with his chubby red cheeks and grey eyes. It’s been