Filmygiri runs in the blood of the Kapoor-Khan family and the same is sure to have passed onto the genes of chote nawaab, Taimur Ali Khan too! Want to know how? Find out!

Who says that Bollywood doesn’t make or hasn’t seen successful marriages? Take a look at this royal Khan-daan! There is no qualm in the fact that Saif Ali Khan and Kareena Kapoor Khan are one of the hottest and happiest couples of the Tinseltown. The winter of 2016 further added to their happy paradise when they had welcomed their ‘already a superstar’ son, Taimur Ali Khan. Taimur is the apple of his parents’ eyes, who, in spite of their super-hectic schedule, never leave an opportunity to stay close to him. (Do Read: Kareena Kapoor Khan Reveals Taimur Ali Khan Doesn't Like His Parents Taking His Pictures)

In case you need a review, Saif Ali Khan, Kareena Kapoor Khan and Taimur Ali Khan were in London for over two-and-a-half-months for their shoots and more importantly, to be with one another. If you remember, Kareena would travel to and fro from London to Mumbai just for a day to complete her shoot and then travel back to her family-based abroad for that time being. The trio is extremely close-knit and has shared in many interviews that it aches them to stay away from their son. Filmygiri runs in the blood of the Kapoor-Khan family and the same is sure to have passed onto the genes of chote nawaab, Taimur Ali Khan too! While we were sure to get a jhalak sometime soon but never did we imagine that the almost three-year-old will make ‘filmy’ demands to his abba! Well, the trailer of Saif Ali Khan’s soon-to-release film, Laal Kaptaan is out and it looks every bit of enthralling! But turns out, it is not just we, the audience, who finds the film appealing but his little one, Taimur too, loves the trailer of the film and time and again requests his daddy to play it on repeat! 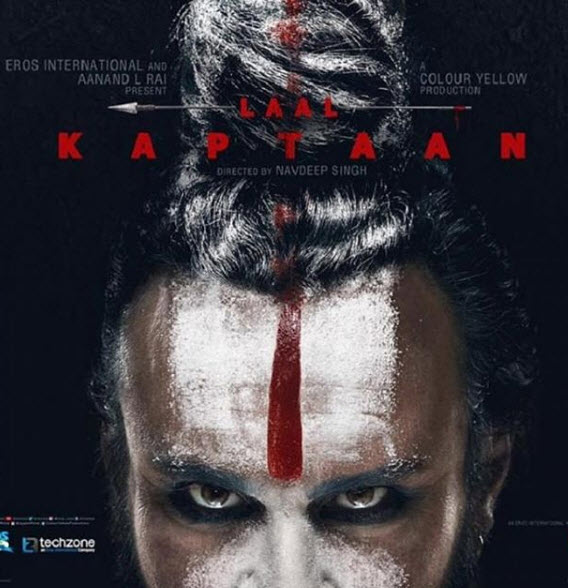 In a recent interaction with Zoom TV, Saif Ali Khan was asked if his son from his first marriage, Ibrahim Ali Khan had any comment on his Laal Kaptaan look. To which, the doting daddy replied that he is in school and hasn’t yet had an opportunity to comment on it. On the other hand, he did reveal what his little patootie had to say about the film’s trailer. Saif stated, “Taimur, shouldn't be watching it but every night he says 'show me Maara-Maari trailer.' That day I thought it's Tanaji [his another upcoming film] then he said that one... I said which one... he said Laal Kaptaan. And he loves the trailer. He watches it twice a day and I am sure it's wrong parenting.” Taimur calls the film, “Maara Maari” and how adorable is that! (Must Read: Janhvi Kapoor Reveals An Advice That Her Late Mother Sridevi Asked Her To Follow In Life) Kareena Kapoor Khan had time and again in interviews, shared how obsessed Saif Ali Khan is with his son, Taimur Ali Khan. In an interview, she had also cited an example as to how Saif had once made up his mind to cancel a shoot in order to be with his chote nawab! Sharing about the same, Bebo had shared that Saif had stated, “Nahi nahi, cancel the shoot. I can't go. I can't leave Taimur.” Kareena had further added, “I'm like you have to go, you have to go to work. And I have to tell him that I want to be with you also now sometimes alone”. To this her sister-in-law, Soha Ali Khan had laughed off and said that she can see it in Saif. Soha too had retorted, “He is so in love with spending time with Taimur. We've organised playdates and I have got calls saying Taimur can't come because he's hanging out with sir.” (Also Read: Rashami Desai Talks About Jay Bhanushali And Mahhi Vij's 1-Month-Old Daughter, Tara In Bigg Boss 13) 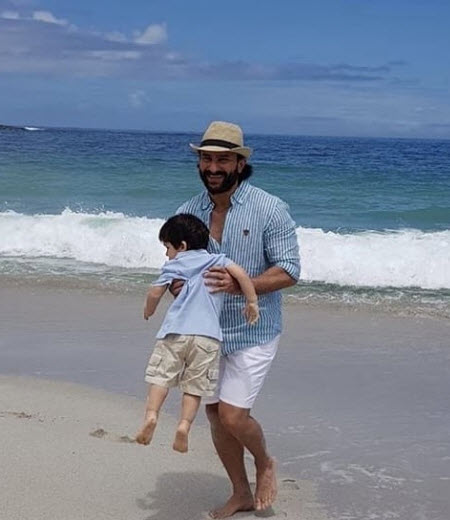 Not just Kareena Kapoor Khan or Soha Ali Khan, Taimur Ali Khan’s half-sister, Sara Ali Khan too, had spoken about the similarities between her and her father, Saif and of course, nations’ favourite child, Taimur! The Simmba actress had quipped, “He’s a lot like me—we’re both readers, we both like history, we’re both travellers. He is 25 years older than me, which isn’t a lot. I am right in between the age gap of Taimur [Ali Khan] and my father.” She had also shared, “To be honest, I don’t get to see Taimur very often but every time I do he’s a bundle of happiness. When Taimur is happy, the whole room is happy. He is my blood and the source of my father’s joy.”

Do you guys like Taimur Ali Khan’s name suggestion more for his abba’s movie, Laal Kaptaan? Keep us posted!

Saif Ali Khan Reacts To A Fan's Wish To See Him And His Son, Taimur In 'Baby's Day Out' Remake 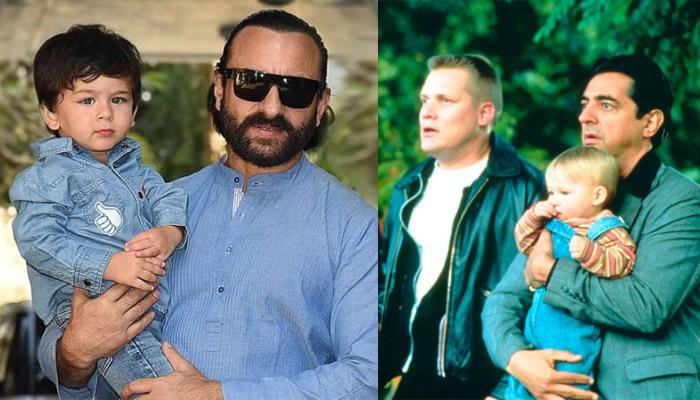 Bollywood couple, Saif Ali Khan and Kareena Kapoor Khan's little wonder, Taimur Ali Khan's craze in the media is simply unreal and cannot be explained in words. The nation loves the little munchkin, and everyone craves for his one look. But we have forgotten that he is just like any