Janhvi Kapoor is still coping with the loss of her mother, Sridevi. Recently, she revealed one advice that her mother gave her to follow in life. Scroll down to know what. 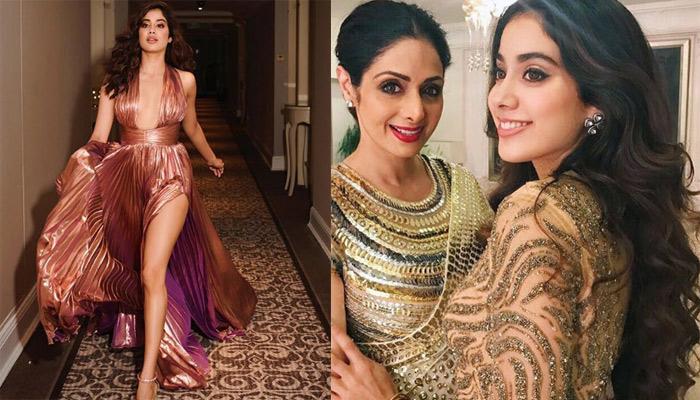 Someone had rightly said, a mother’s treasure is her daughter. It will be difficult to express the bond between a mother and a daughter in words. Lucky are those who share an amicable bond with their mom. Every daughter looks up to her mother for all sorts of advice and guidance. She can open her heart out in front of her mommy and can cry on her shoulders for hours. Her support and love are what a daughter looks up to. A mother always wants her daughter to do the best in life and will give advice on every path of her life.

Our B-town mother-daughter jodi’s are also like this. From Priyanka Chopra Jonas and Madhu Chopra, Kareena Kapoor Khan and Babita to Alia Bhatt and Soni Razdan, every mommy-daughter jodi speaks tons of love about each other and we can’t miss one more jodi, which is of Janhvi Kapoor and late Sridevi ji. Janhvi’s life had taken a drastic turn on February 24, 2018, when she had finally realised that her mother is no more with her. The legendary actress had passed away by accidental drowning in her hotel bathtub in UAE. Janhvi was very close to her mother and shared a lovely bond. In a recent interaction, she shared one advice that her mother had given her. (Recommended Read: Mohena Kumari Singh's First Look As A Royal Rajput Bride Is Out, Looks Resplendent In Red Poshak) 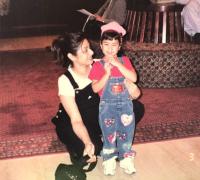 At the ongoing Jio MAMI Movie Mela, 2019, Dhadak star, Janhvi Kapoor attended a panel discussion along with her contemporaries and talked about one advice that her mother, late Sridevi gave her. Sridevi ji had asked her daughter, Janhvi to be a good person from within. Janhvi said, “My mother would always tell me, whatever you think and carry in your heart, will show on your face. So, it is important for an actor to be a good person from within because the camera captures everything."

In an interview with the Vogue magazine post her mother, Sridevi’s demise, Janhvi had talked about coping with the big loss which has left an unfilled gap in her heart. She had said, “The family has come together. It’s made us feel safe and secure. Even for papa (Boney Kapoor), it’s a source of comfort. It has definitely tied us together. We’ve lost mum, and I don’t think that’s a loss any of us will ever get over”. She had also talked about her then-upcoming movie, Dhadak and how she wants her parents and especially her late mother to be proud of her. She had said, “I am so proud of my parents. I need to make them as proud of me. That has always been my motivation. I want mine to be ‘the debut’. But it comes from an honest and sincere place. Mum always told me, it’s not about the kind of role or movie you do; you need to make an impression- that’s an actor’s job. She never encouraged jealousy or frustration. We’re capable of being happy for others”. 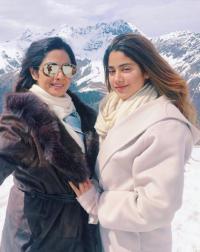 During a conversation with the director, Karan Johar for the Vogue magazine, Janhvi had revealed her last words to Sridevi before she had left for Dubai where she had passed away and had also talked about the void she feels after her demise. She had revealed, “Of course. I could always be the baby with her. When I’d wake up, the first thing I’d do was ask for her. I’d need her to put me to sleep sometimes and she literally had to feed me. The day before she left for the wedding, I had to shoot, but I couldn’t sleep, so I was like, “I need you to come and put me to sleep.” But she was packing, so by the time she came to me I was half asleep. But I could feel her patting my head." 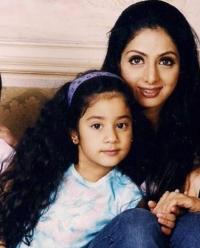 The entire nation was in shock and was not able to believe the news they were watching on their television screens about Sridevi’s demise. When you lose a family member, it becomes difficult for a family to cope up with the void that the person’s absence has created. Post her mother’s demise, Janhvi had shared an emotional tribute for her mother which could be read as “There is a gnawing hollowness in my chest that I know I’ll have to learn how to live with. Even with all this emptiness, I still feel your love. I feel you protecting me from sadness and pain. Every time I close my eyes, I only have good things to remember. I know it’s you doing that. You were a blessing in all our lives, we were blessed to have had you for as long as we did. But you weren’t meant for this world. You were too good, too pure, too full of love. That’s why he took you back. But at least we had you." 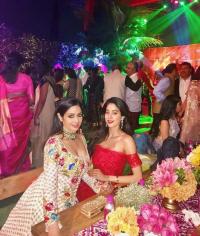 Janhvi’s note had further read, “My friends always said I’m perpetually happy, and now I realise it was because of you. Nothing anyone said mattered, no problem was big enough, and no day could ever be dull because I had you. And you loved me. And I didn’t have to rely on anyone or anything because the only person I ever needed was you. You are a part of my soul. My best friend. My reason for everything. Your whole life you kept giving, and all I wanted was to do that for you too, Mumma. I want to make you so proud. Every morning, all that I would do was with the hope that one day you’d be as proud of me as I was of you. But I promise I’ll wake up every day still with that same thought. Because you’re here and I can feel you. You’re in me, Khushi and in Papa. The imprint you’ve left on us is so strong, it might just be enough to keep us going, but never enough to be fully whole. I love you, my everything." (Must Read: Sunny Leone Hosts A Frozen Themed Bash For Her Daughter, Nisha's 4th Birthday) We wish Janhvi Kapoor, all the very best for her future endeavours! 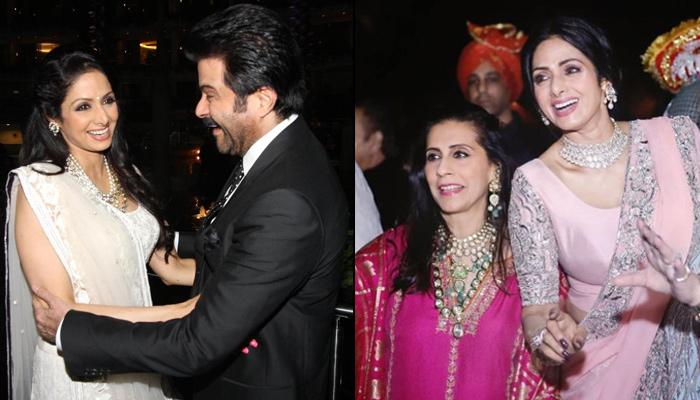 February 24, 2018 was a day when people woke upto utter shock. Why? The legendary Sridevi had passed away on that day. It took hours to sink in the fact that India’s Chandni had passed away, and she will never return. Born on August 13, 1963, Sridevi would have been