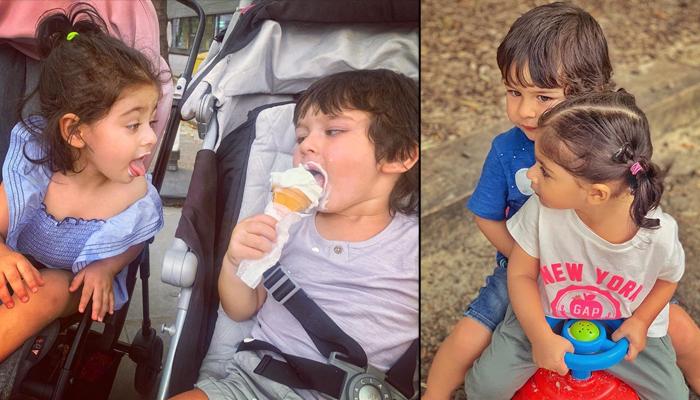 With the celeb kids reigning the social media like how, Taimur Ali Khan and Inaaya Naumi Kemmu definitely make it to the top five list. Blessed with good and a royal lineage in their genes, Taimur and Inaaya perfectly know how to spread happiness around and with just their one glance, our day becomes merrier. If we get to see Taimur and Inaaya together in one frame, it just cannot get more perfect than this! (Also Read: Esha Deol's Daughter, Radhya Takhtani Helps Her Mommy In Decorating The Christmas Tree)

Even though Kareena Kapoor Khan and Saif Ali Khan are not on social media, his sister, Soha Ali Khan and Kunal Kemmu treat their fans with frequent glimpses of the #FamJam. The entire Pataudi clan including Sharmila Tagore, Saif, Kareena, Taimur Ali Khan, Soha, Kunal and Inaaya Naumi Kemmu, had come together at the Pataudi Palace for a mini-vacation. And a while back, we had treated you with a picture-perfect family photograph of the clan. In case you missed it, have a look: 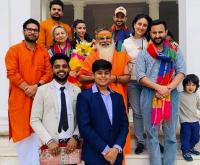 Marking a perfect start to the winter season and Taimur Ali Khan’s birthday month, his bua, Soha Ali Khan treated his fans with a sibling picture. Soha posted a picture of Taimur and his cousin, Inaaya Naumi Kemmu, having a gala time at the swings and captioned it, “Up up and away! #timandinni.” While Taimur is dressed in a grey jumper, blue track pants and blue shoes, Inaaya donned a pink-coloured sweatshirt and pants. Taimur looked adorable in his tongue-out pose, Inaaya sported a grumpy look. 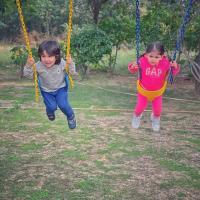 In July 2019, Soha Ali Khan, Kunal Kemmu and Inaaya Naumi Kemmu had joined Kareena Kapoor Khan, Saif Ali Khan and Taimur Ali Khan in London. Meeting her cousin, Taimur after a long time, Inaaya couldn’t control her excitement and had excitedly run towards him in the park. Soha had posted a slo-mo video on her Instagram story, capturing the endearing moment of the brother-sister duo after they met. Kunal had also posted a picture and had captioned it with their nicknames, "Tim & Inni." (swipe right)

The family was also joined by Ranvvijay Singha’s wife, Prianka Singha and their daughter, Kainaat Singha. Soha had shared a picture of Taimur and Inaaya hanging out at a farm, which was followed by a group fam-jam picture that had Kareena and Taimur, Soha and Inaaya, Prianka and Kainaat happily posing for the camera! Sharing the image, Soha had written, “A day at the farm #willowsactivityfarm #timandinni #timandinniandkai @priankasingha #londondiaries.” Prianka too, had posted a couple of pictures from their day out and had written, "Old MacDonald had a farm ... but we went to Willows instead. One of the best day trips with the kids so far (a couple of hashtags) Satnamwaheguru Mashallah." (Also Read: Kajol Asks Her Kids, Nysa And Yug For 'Hisaab' Whenever They Go Out, Reveals Their Reaction) 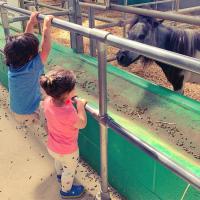 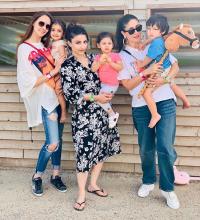 In an interview with the Filmfare, Soha Ali Khan had revealed how the cousin duo, Taimur Ali Khan and Inaaya Naumi Kemmu love spending time with each other. Soha had remarked, “Inaaya and Taimur enjoy each other's company — he's very curious and he keeps watching her. Sometimes the two will hold hands or touch each other’s faces. We take them to Amrita Arora's home, which has a lush garden with swings and slides, or sometimes at Kareena's (Kapoor Khan) home, where we're playing with Taimur's train sets. On other days, we take them to play football or swim.” 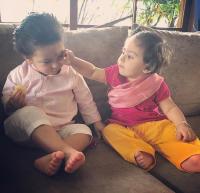 About the striking resemblance between Taimur Ali Khan and Inaaya Naumi Kemmu and their age difference, Soha Ali Khan had shared in an interview with the DNA, “They look a bit like each other. They are cousins after all. He’s her elder brother. Hope he will protect her in the near future. Bhai and I have an 8-year age difference. But Taimur and Inaaya will only have a year’s. I hope they grow fond of each other as they grow up, become best friends. Of course, Taimur is a little older so he will always be the elder brother to Inaaya, protective about her.” (Also Read: Saif Ali Khan Calms Down An Irritated Taimur Ali Khan At The Airport, Gives Us Major 'Daddy Goals') 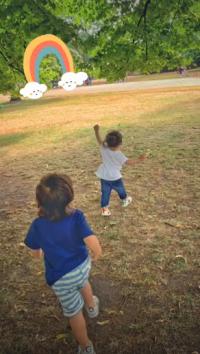 Thank you, Soha, for making our weekend better!