Ayushmann Khurrana and Tahira Kashyap are a match-made-in-heaven. A few hours back, Tahira posted a lovely video recalling her love story with Ayushmann.

Ayushmann Khurrana and Tahira Kashyap have not only reinstated our faith in old school love but have also proved that love can win any battle. Through the thick and thin of life, facing all the storms, Tahira and Ayushmann always had each other’s backs. Ayushmann is not just one of the finest actors but a role model to millions out there. From being each other’s worst critics to loudest cheerleaders, Ayushmann and Tahira are pure couple goals. (Also Read: Ranbir Kapoor's Sister Riddhima Wishes Her Future 'Bhabhi' Alia Bhatt On Her Birthday, Shares Photos)

Ayushmann had met Tahira in a tuition class and they had instantly fallen in love with each other. It was in 2001 when Ayushmann Khurrana had confessed his love over a phone call to Tahira and seven years later, the couple had tied the knot. The phrase that behind every successful man, there is a woman stands true in Ayushmann and Tahira’s love story. Seven years of dating and thirteen years of marital bliss, their 20 years of togetherness is nothing less than a magical journey. Tahira and Ayushmann have created a beautiful paradise with their two little munchkins, Virajveer and Virushka. On March 15, 2021, Ayushmann Khurrana and Tahira Kashyap completed 20 years of togetherness. To wish her hubby, Tahira took to her IG handle and shared an adorable video, comprising of their lovely moments. Along with the video, Tahira recalled their love story had how it started 20 years back over their landline phones. Sharing the video, Tahira wrote a heartmelting note which can be read as “Haters will say it’s so cheesy! Well I have been there too, but it’s amazing to be on this side of the spectrum... such a sucker for love I am hopelessly in love with you @ayushmannk #happyanniversary #oganniversary #20years.” On the other hand, Ayushmann shared Tahira’s post on his IG story and wrote, “It started during our board exams of class 12” followed by a heart emoticon. Last year, on March 15, 2020, Ayushmann had taken a journey down the memory lane and had revealed how he fell in love with Tahira while studying for the board exams. The actor had shared a collage of Tahira on his Instagram handle, and had written, "It was in 2001. We were preparing for our board exams. At 1.48 AM I’d confessed my feelings over the phone. Bryan Adams was playing on my stereo. Inside Out was the song. It’s been 19 years with this goofball. Umm", followed by a heart emoji. (Also Read: Neetu Kapoor And Kareena Kapoor Khan Wish Ranbir Kapoor's Ladylove, Alia Bhatt On Her 28th Birthday) At Hindustan Shikhar Samagam 2020 event, Ayushmann was asked why he had chosen not to hide that he was married, unlike earlier superstars used to protect their single status. To this, Ayushmann had shared the idea of being the best husband and had said that one should love his wife so much that even neighbour’s wife falls in love with him. He had further added, "Time has changed, earlier there used to be a mystery around an actor’s life. The trend of superstardom will soon be over. Now the content is king. Tahira is not just my life partner, she is also my life coach. She also used to teach me during college when I used to remain busy with theatre." (Also Read: Pooja Bhatt's Birthday Wish For Half-Sister, Alia Bhatt Is All About Being Proud Of Her Achievements) 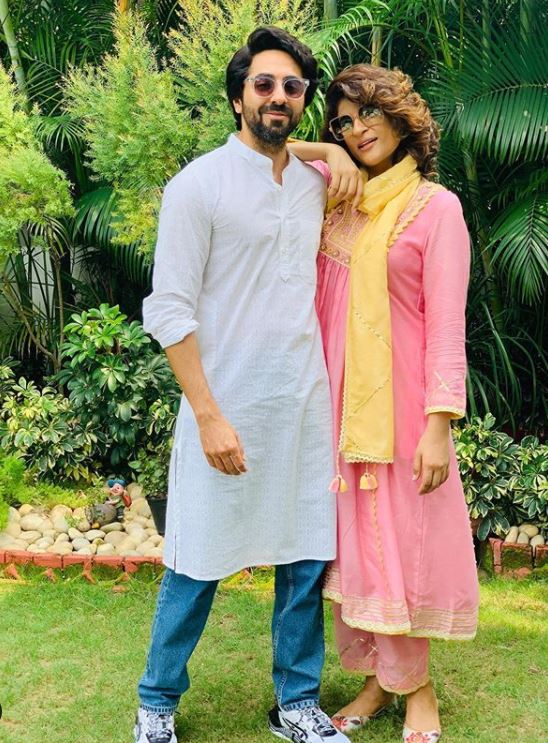