Ayushamann Khurana's wife, Tahira Kashyap recalled her chemotherapy sessions on her IG handle. She also shared how she used to cover her bald spots as she was losing her hair!

Cancer not only leaves scars on your body but also on your mind. With all the chemotherapy sessions and the gruesome battle with the disease, it's easy for anyone to lose hope and thus, in the post-cancer stage, a person’s mind and body need a rejuvenation. We have seen many celebrities fight and conquer their battle with cancer and Ayushmann Khurana’s wife, Tahira Kashyap is one of them. Now, as Tahira is free from cancer, she recalled her chemotherapy sessions.

It was in the last quarter of 2018 when Tahira Kashyap had announced the news of her breast cancer. Her husband, Ayushmann Khurana had shared a picture of Tahira from the hospital on his IG handle. He had revealed how proud he is of his warrior princess. His note could be read as “Thanks for your wishes & support. Last 7 days have been tough but we have decided to have a happy life state & fight this challenge. I’m proud of my warrior princess.” The journey was daunting for Tahira and her family, but she came out as a warrior. Taking to her IG handle a few hours back, Tahira recalled her chemotherapy sessions and how she used to cover the bald patches as she was losing her hair. Sharing two pictures, she wrote, “This is from 1 December 2018. I was done with 10 chemotherapy sessions. Used some spray and powder to cover the areas from where I was losing hair. But did I want to shy away from the world? Nope! Love from family and friends and most importantly my faith in my practice lead me to believe and know that this version of myself is beautiful too.” 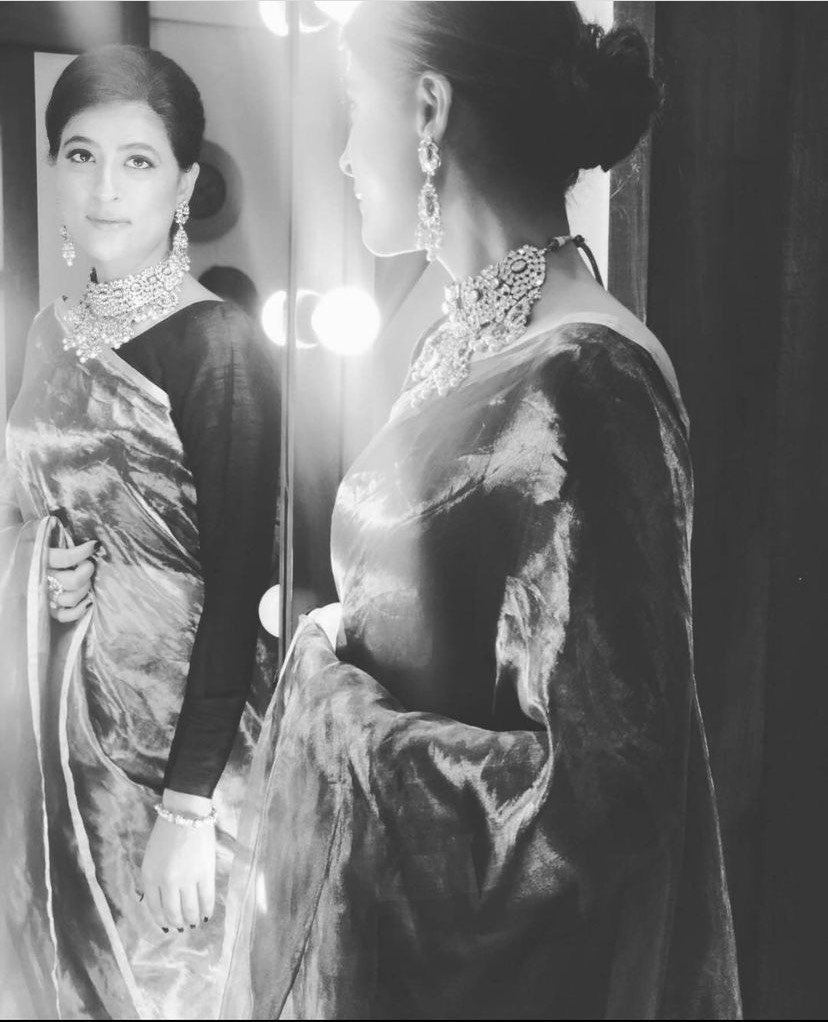 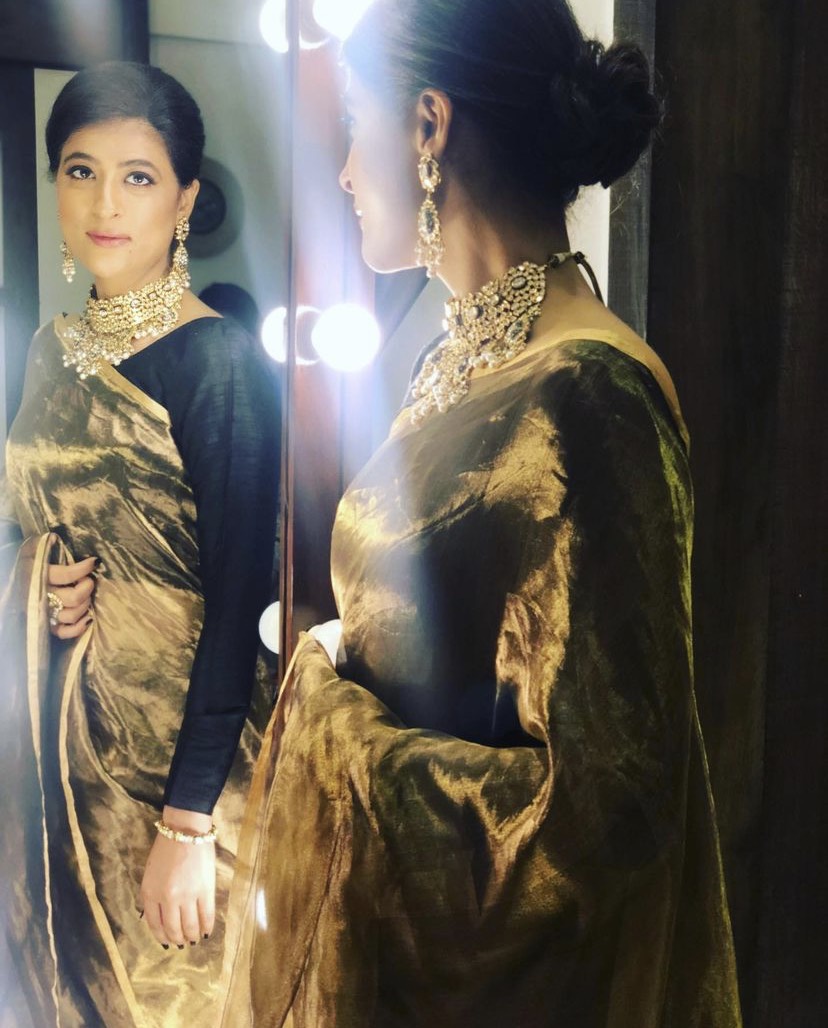 On several occasions, Ayushmann and Tahira have talked about her battle with cancer. On February 4, 2021, Tahira shared a video on her IG handle, reciting a poem on World Cancer Day. She inspired people with her battle against cancer and captioned her video as “World Cancer Day. This is something I had experienced and written about and still mean every word of it! Joining this year’s theme of I AM AND I WILL , I urge you all to take notice of this day, to spread awareness about early breast cancer detection, to remove any stigma associated with it and to celebrate life along with it’s many scars.”

Ayushmann Khurana, who is proud of his childhood sweetheart, did not miss the chance to praise her. Taking to his IG stories, her re-shared Tahira’s poem and wrote, “Proud of you! #WorldCancerDay” followed by a heart emoticon atop it. 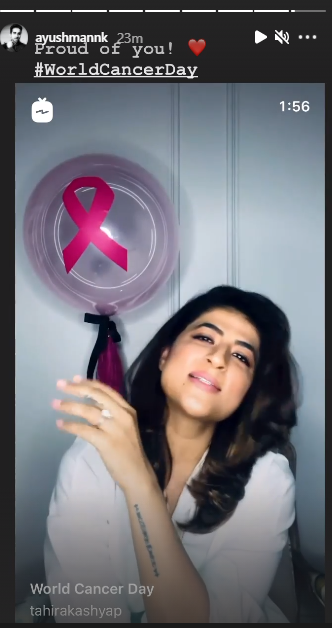 On World Cancer Day 2019, Tahira had shared a picture of her Cancer surgery scar on her IG handle. She had written an inspirational note, calling it her day. She had written, “Today is my day! Wish you all a happy #worldcancerday and hope each one of us celebrates this day in an embracing way. That we remove any stigma or taboo associated with it.” 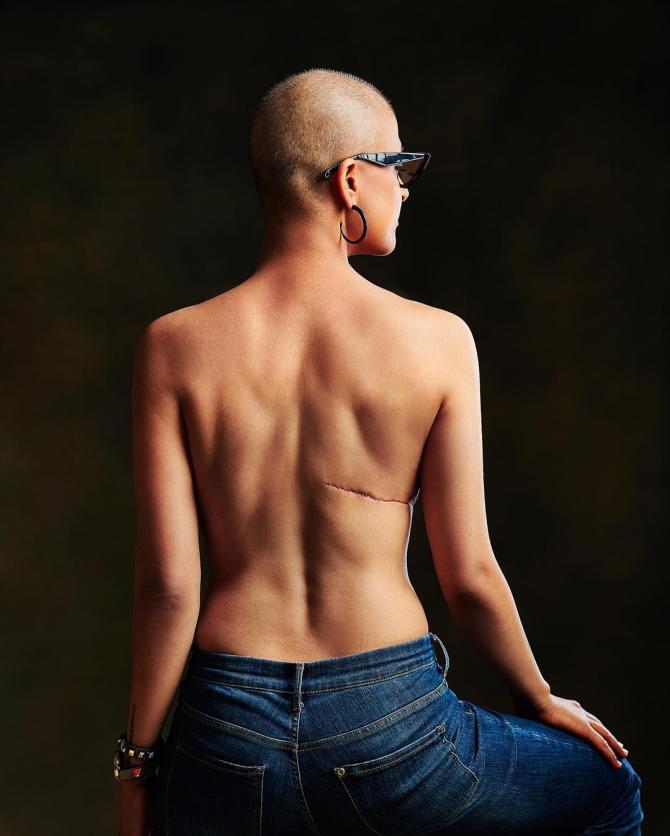 Tahira had further mentioned that she accepts her scars as her badge of honour. She had added, “That we spread awareness about it and that we have self love no matter what. I truly embrace all my scars as they are my badges of honour. There is nothing known as perfect. Happiness lies in truly accepting yourself. This was a tough one for me. But this picture was my decision as I want to celebrate not the disease but the spirit with which I endured.” Tahira was diagnosed with cancer on Ayushmann Khurana’s birthday in 2018 when he was promoting his two blockbuster films, Badhaai Ho and Andhadhun.