Suyyash Rai took to Instagram and announced his introduction into the Tik Tok world and posted a funny video wherein he jokingly referred to his wife, Kishwer Merchantt as 'chudail'!

You never know when and how you will come across ‘that special person’ in your life and hence, you should always keep your heart open for love! Such is the interesting love story of Suyyash Rai and his now Missus, Kishwer Merchantt. The world got to know of their love story when SuKish (as their fans fondly call them), came together as contestants on India's most controversial reality show, Bigg Boss and soon after, their love blossomed and they entered the bond of holy matrimony on December 16, 2016. (Do Read: Anita Hassanandani Spends Rohit Reddy's Birthday In Sri Lanka, Asks For Two Babies As Return Gift)

Suyyash Rai and Kishwer Merchantt regularly keep on posting adorable pictures with each other and give their fans, a much-needed sneak peek into their lives. It was Holi yesterday (March 21, 2019) and Kishwer took to Instagram and posted a fun-filled picture from their Holi celebrations. In the picture, Suyyash is seen happily posing for the camera while his wife, Kishwer piggybacks on him! Sharing the picture, the Pyaar Kii Ye Ek Kahaani actress wrote, “Very happy Holi to all of you.. like I said only Organic Colors and NO water @suyyashrai.” 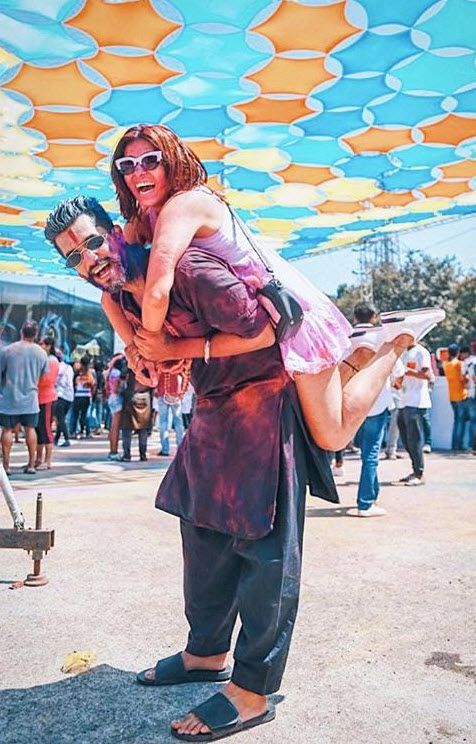 While that was all about Holi 2019, something interesting happened for the first time in Suyyash Rai’s life. The Bob Marley singer took to Instagram and announced his introduction into the Tik Tok world. Suyyash posted a funny video with wife, Kishwer where he is lip syncing to an audio where he calls his girlfriend/wife ‘chudail’! Sharing the picture, Suyyash captioned it as, “Saaaaliiii chudaillll @kishwersmerchantt . Okay so its a confession !!! I had promised myself that I won't do this ever... but “kehda jamm peya soorma jehda beeeweeee nu rokke” Debuting on #tiktok”. This is the video:

In an interview with Hindustan Times soon after their marriage, Kishwer Merchantt and Suyyash Rai shared their love story with the world. Recalling the first time they had met, Suyyash and Kishwer had shared, “I was shooting for my show and he used to come there to meet some friends. I heard Suyyash for the first time, when he was making Vivian Dsena hear a song that he had sung and he had recorded it on his phone. I heard it and was impressed with his singing. That’s how we started talking, exchanged BB PIN, and the whole night we spoke on the phone”. 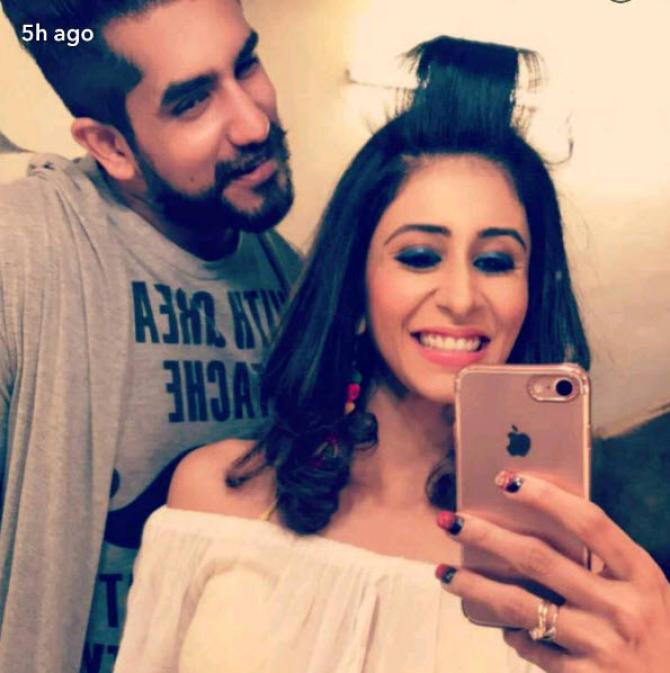 Kishwer Merchantt and Suyyash Rai were already a couple when they entered the Bigg Boss house. Sharing if the show gave their relationship a new turn, Kishwer had stated, “All my couple friends used to say that we’ll end up breaking up if we go on the show. But we did what we wanted to and went for it. We decided to be ourselves and not pretend. We actually realised our strengths, weakness together how we are and how we support each other”. Suyyash, on the other hand, had replied, “We became much stronger than what we were before going in the house because we saw each other reacting and supporting each other in different situations in the show”. 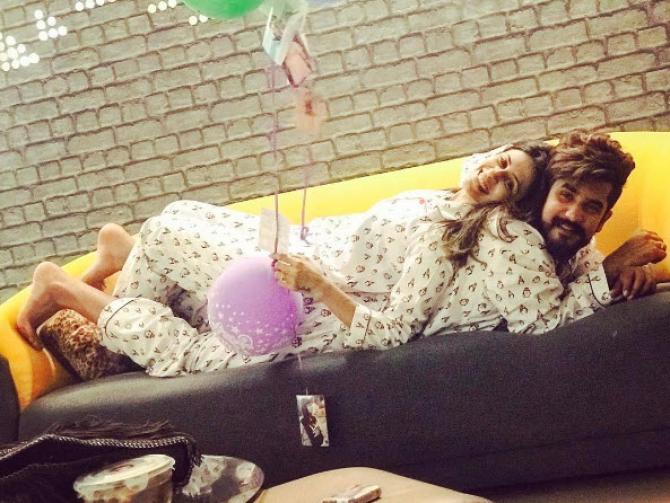 Kishwer Merchantt also answered if they ever went out on their first ‘formal date’ and stated, “We didn’t go for any date as such but from the very next day, we started meeting. He started coming on the sets very regularly. This time, he would come for me but Vivian used to feel that Suyyash had come to see him. It used to be really funny because Vivian had no idea and this went on for quite some time.” (Next Read: Vivek Dahiya Has A Hilarious Reaction On Wife, Divyanka Tripathi Dahiya's Pregnancy Rumours) 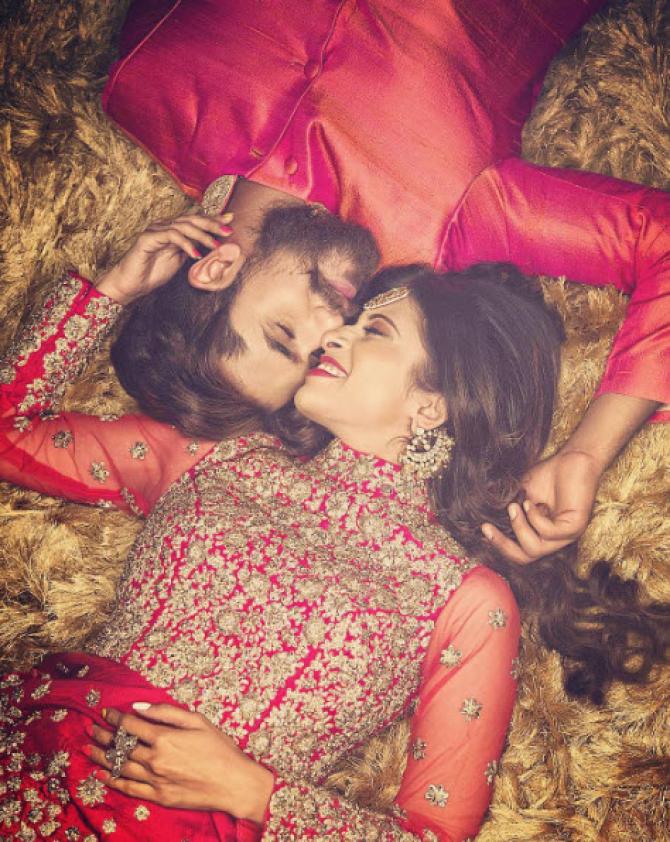 Suyyash Rai had also answered the same question and had added, “We used to meet otherwise also, whenever she wasn’t shooting. We would go for lunches, dinners and movies. Finally we realised one day that there is an age gap between us (Suyash is 27, and Kishwer is 35) so we wanted to put a full stop to it but we couldn’t, and just went with the flow and left things on fate”. 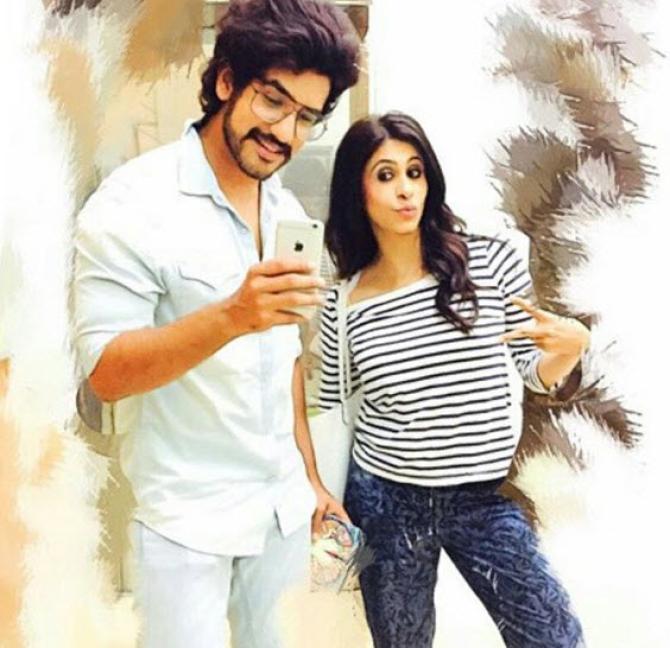 Kishwer Merchantt and Suyyash Rai had also revealed as to who proposed whom for marriage. While the doting wifey had shared, “Nobody proposed to each other as such. We kind of understood what was happening between us”, the lovely hubby had stated, “There was no proposal from either side. We both just knew that this was it”. (Must Read: BB 12 Fame, Srishty Rode And Rohit Suchanti Celebrated Holi Together, Added Sparks To Love Rumours) Like every couple, Suyyash Rai and Kishwer Merchantt had answered the most wanted question, which was, ‘Do they fight?’ and the latter had answered, “We hardly fight because we give so much space to each other. We have those one-minute fights where we shout at each other and the next minute, we are fine.” Suyyash too had replied, “We fight over random and silliest of things. Once her phone camera was not working and she picked up a fight with me, I don’t know why”. 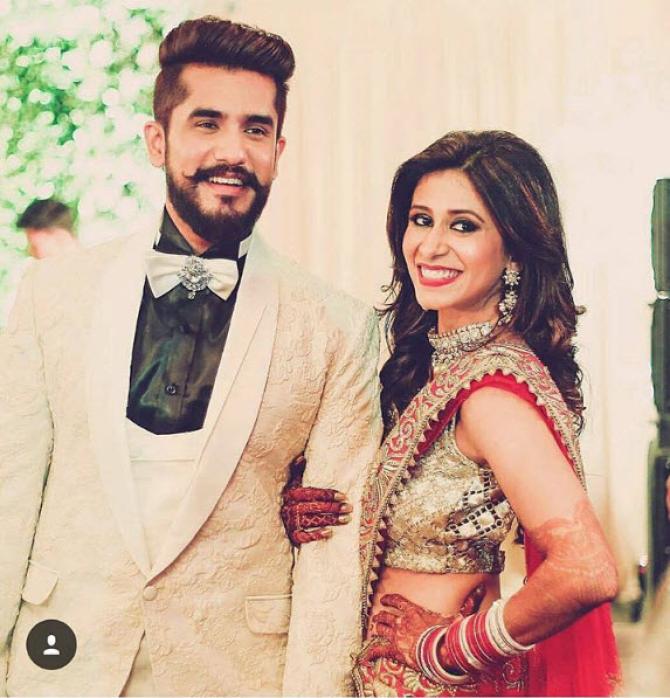 Guys, how did you like Suyyash Rai’s first debut video? Let us know!