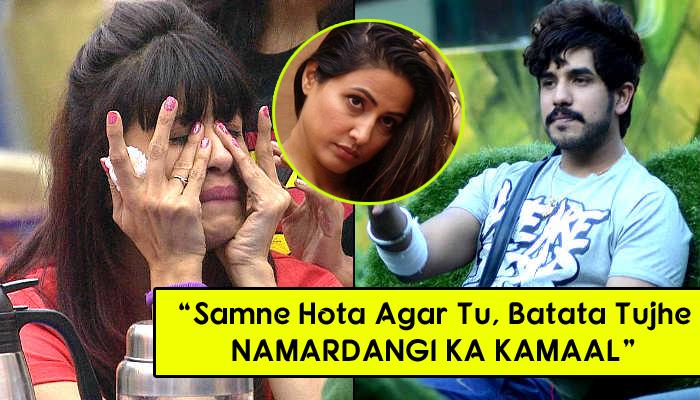 One of the lovelies of the television world, Suyyash and Kishwer walked down the aisle on December 16, 2016. The countdown to their first anniversary has already begun, and all SuKish (as their fans fondly call them) fans are very excited to see them celebrate it in a special manner.

Recommended Read: This 'Left Right Left' Actress Secretly Got Married And Looked Like A Fairy Tale On Her Reception 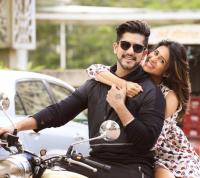 These two lovebirds are very active social media users and keep sharing pics on their Insta or Twitter handles. And last year, after they announced their wedding date in 2016, they kept their fans updated with whatever wedding preparation was going on. 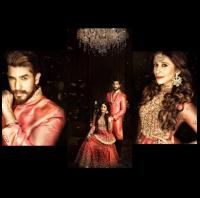 They, in fact, shared a few of pictures from their pre-wedding shoot as well before their D-day, especially for their fans to rejoice. So, on one of those pictures, a random guy commented something really unethical about Kishwer, which Suyyash couldn’t digest, and how could he, afterall he loves her a lot. He, just like any other honest and caring man, took a stand and lashed back on this hater, but in a vrry calm and royal manner.

Replying to such loud-mouthed comment, Suyyash very calmly responded. He recently posted this picture from their pre-wedding photoshoot:

"I was just reading few comments on insta..how easy it is now days for the kids of 15-16 years to write ANYTHING about ANYONE...on these social networking websites and specially when some1 is getting married...HOW CAN YOU ??? I feel bad for their parents and families...this is how they've been brought up If you cant write good dont...but at least don’t write bad... HAVE A HEART FOR GOD SAKE...even enemies would give blessings in such occasions, you all are still strangers. But i guess thats how they think they will look cool. God bless all And all my SUKISHIANS i love the enthusiasm and energy in yu guys about #SukishKiShaadi ...that is what keeps us going".

Well, we were totally impressed with the way he decided to shut this troller's mouth. Kishwer and Suyyash are each other's support systems, and this act of the actor-singer proves it quite well. Isn’t it?

Well, the other television actress, Divyanka Tripathi Dahiya, who has been a target of cyber hatred too commented on his post. Here’s what she wrote:

"All that matter is your togetherness, your happiness. All this hurts, but your love will prove to be greater than these negativities."

To which Divyanka’s sweet reply was:

“Love and strength to you both.”

This time again, when Kishwer voiced her opinion about Hina Khan and her behaviour in the Bigg Boss house, Hina's fans tried to abuse her and troll her. But, like the last time, her hubby, Suyyash came to her rescue and bashed the trollers with this strong reply and we are totally proud of him. Take a look at what this particular Hina Khan supporter and an ardent fan Tweeted:

After reading this Tweet, Suyyash lost his cool and decided to give it back to this fan. His reply was 'PERFECT' to shut this troller who tried abusing the couple. Here is what Suyyash said:

Recommended Read: In A 'Bigg Boss' Task, Divya Confronts Priyank About His Relationships, His Reply Is Shocking

Team BollywoodShaadis wishes all the luck to these two cuties, Kishwer and Suyyash. You both look super-cute together. Stay happy, like this forever. Much love! And all you guys, stay tuned with us right here to get exclusive information related to these lovebirds!