Popular interior designer, Sussanne Khan and her rumoured beau, Arslan Goni attended Sonal Chauhan's birthday party in Goa and set the tongues wagging about their alleged relationship. Check it out!

Popular interior designer, Sussanne Khan's relationship status after her divorce from her ex-husband and actor, Hrithik Roshan has been the talk of the town. If reports are to be believed, the interior designer had moved on in her life and is currently dating the popular celebrity, Aly Goni's actor-brother, Arslan Goni. Not just that, Sussanne and Arslan were often spotted together hanging along with the former's girl gang.

Though the rumours of them being in a relationship have been making rounds in the media for some time now, for the unversed, it was Sussanne's birthday wish for Arslan Goni, which had almost confirmed it. Sussanne's lovey-dovey caption alongside the million-dollar picture had reportedly confirmed their relationship as she had written:

Recommended Read: Katrina Kaif Sings 'Happy Birthday' For Vicky As He Cuts His Cake, Actor Posts Glimpses Of The Bash 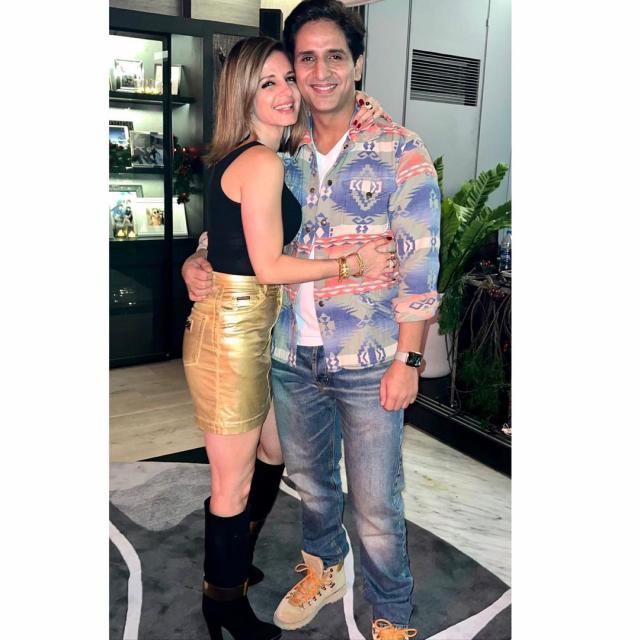 On May 16, 2022, popular actress, Sonal Chauhan celebrated her birthday and arranged a wonderful party in Goa for her friends and family members. The actress shared many pictures from the party, and it was her close friend, Sussanne Khan and her alleged boyfriend, Arslan Goni, who stole all the limelight with their mushy poses in the pictures. Arslan and Sussanne also shared some pictures from the party, and the alleged lovebirds looked absolutely ravishing at the event. While Sussanne looked gorgeous in a short skirt and a cool strappy top, her alleged beau, Arslan donned a white polo and denim pants. However, one picture that stood out from the rest was shared by Arslan, in which Sussanne can be seen donning a devil horns headband, and it is now doing rounds all over social media. 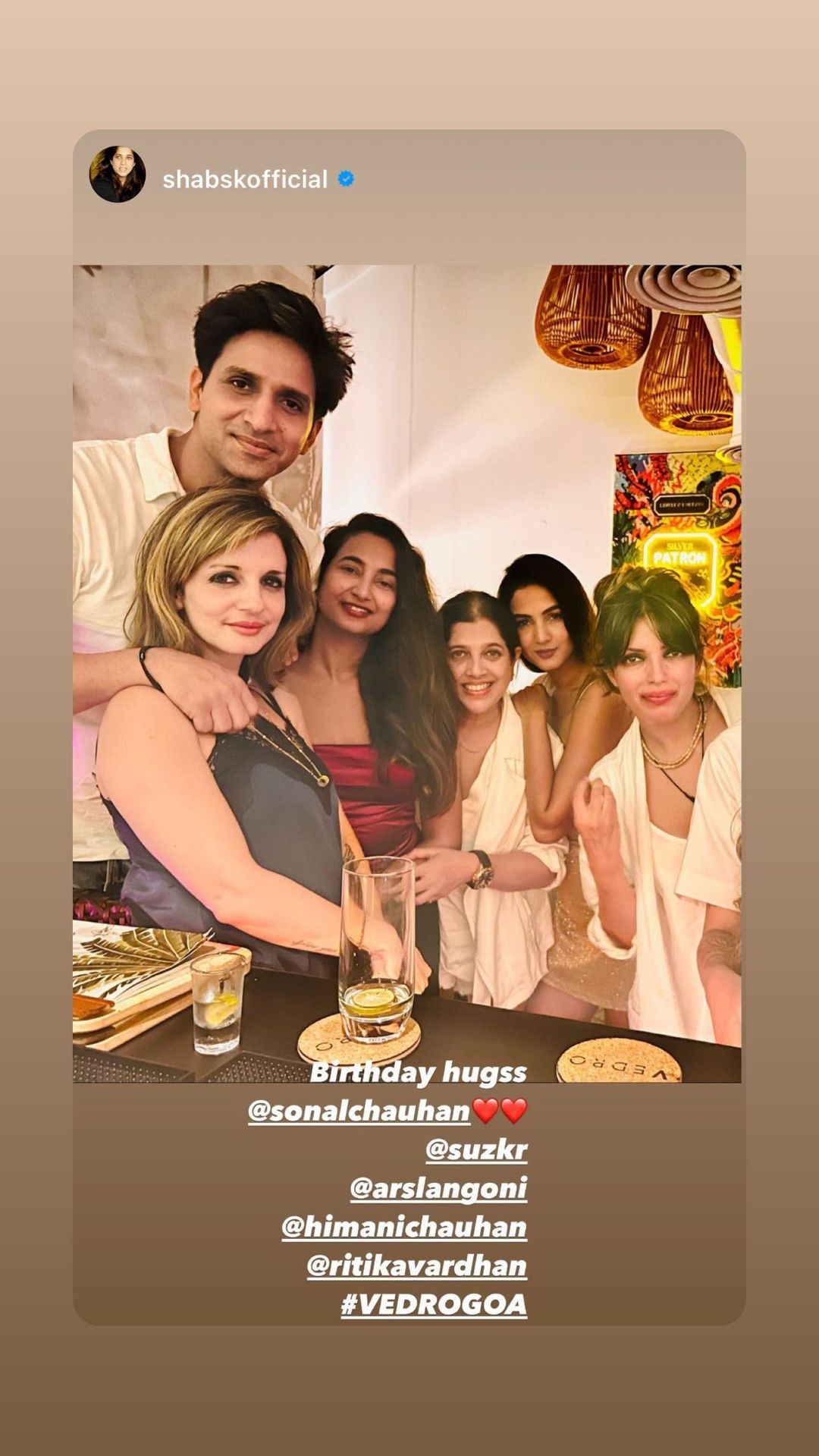 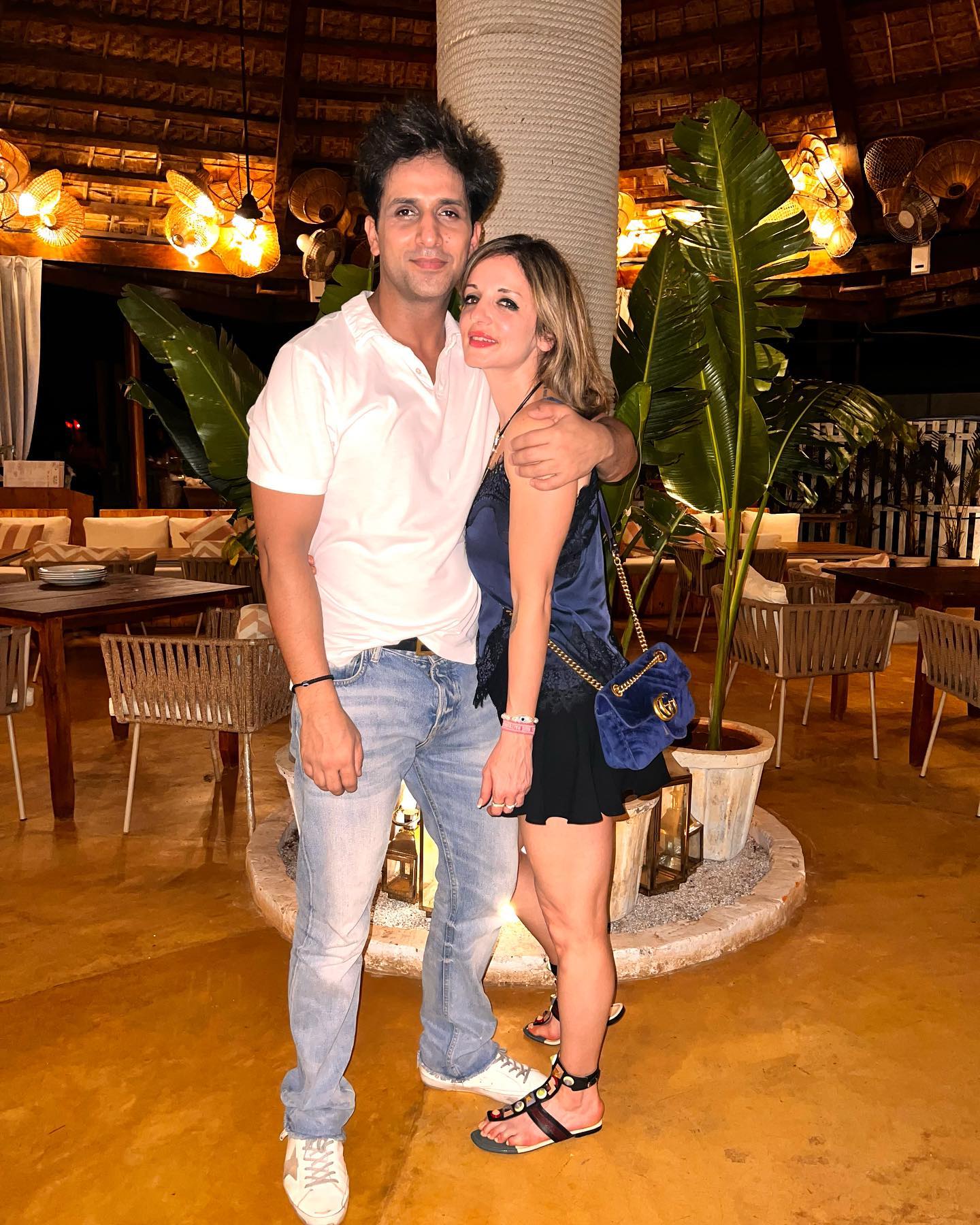 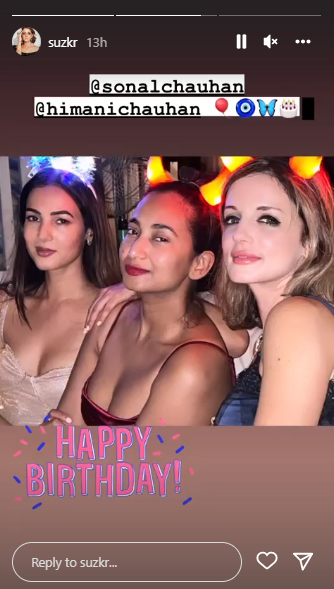 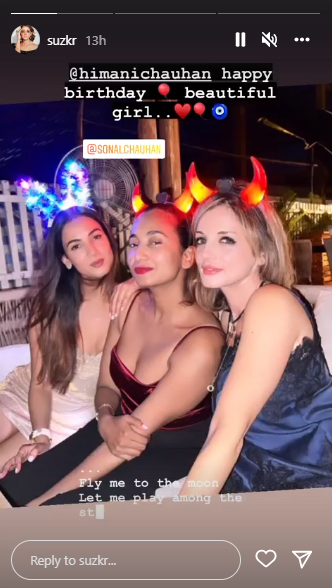 On April 7, 2022, Sussanne Khan had taken to her Instagram handle and had shared a memorable video comprising multiple pictures from a party that she had attended in Goa with her rumoured boyfriend, Arslan Goni. In the video, Sussanne could be seen posing alongside her friends and family. The ace interior designer had looked breathtaking in a stunning black dress and had grabbed eyeballs with her every pose. However, undoubtedly it was her pictures with Arslan that had caught everyone's attention. Also, it had looked like she had made her relationship Insta-official with Arslan, as their cosy picture was the epitome of pure couple goals.

Don't Miss: Chhavi Mittal Talks About How She Told Her Kids About Her Cancer, Reveals Their Emotional Reaction

However, there's one picture from the same party that had caught everyone's attention and is also one of the most viral pictures in recent times. The photo had featured Sussanne Khan and Arslan Goni posing alongside the former's ex-husband, Hrithik Roshan, who had posed alongside his alleged girlfriend and actress, Saba Azad. The ex-husband and wife, Hrithik and Sussanne had received immense respect for the kind of friendly bond they share even after their divorce. Along with this memorable video, Sussanne had penned a note calling Arslan, Hrithik, Saba her 'best hearts'. Sussanne's caption could be read as:

"The most precious blessing of Life is to be relentlessly surrounded by the best energy… And it definitely takes a whole Village to make a girls dream come true.. So Here goes to my incredible Village of The best hearts… Thank you for always being there for me with all your might…I Love you all…full power ahead P.S Let's make this the best Life possible. @vedro.goa has arrived. #Bar+kitchen #panjimgoa #newkonkanbreeze #timenevergoesbyslowy." 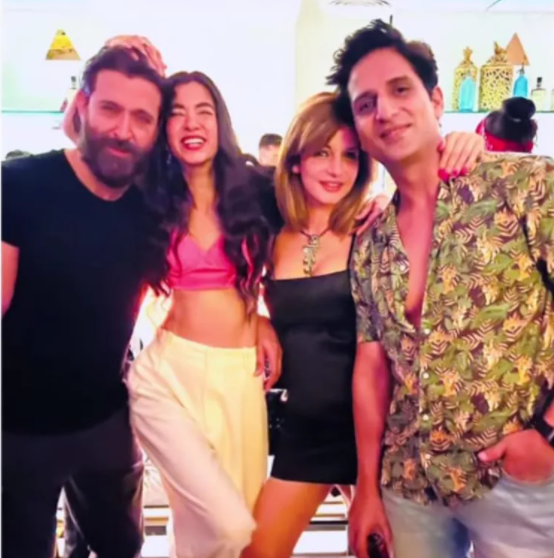 Well, we are in love with Sussanne and Arslan's sizzling chemistry! What do you think? Let us know! 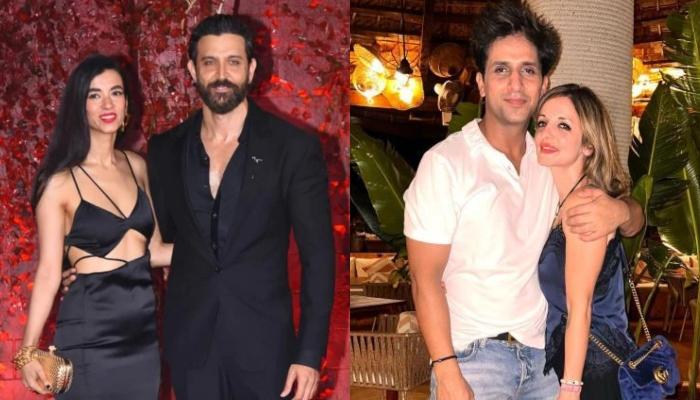