B-Town actress, Sushmita Sen, turned a year older on November 19, 2021, and on her special day, she revealed that she had undergone a surgery before her 46th birthday.

Sushmita Sen is an acclaimed actress of Hindi cinema. She had started her journey in the film industry with the film, Dastak in 1996. Later, the actress had gained name and fame for her performances in films, like Biwi No.1, Aankhen, Sirf Tum, Main Hoon Na, Maine Pyaar Kyun Kiya? and many more. Sushmita had made her entry in Bollywood after winning the title of Miss Universe in 1994.

Sushmita Sen is a strong independent woman, who speaks her mind. She does not hesitate in saying what she thinks and has a bold personality. The actress had made it to the headlines when she had adopted her elder daughter, Renee, in the year 2000, and later in 2012, she had again adopted her second daughter, Alisah. While Sushmita's life has been an open book to read, she has revealed another important detail about her life. Sushmita Sen turned a year older on November 19, 2021, and on this special occasion, she shared a secret. The actress revealed that she had undergone a surgery on November 16, 2021, which is just 3 days before her birthday. On November 19, 2021, Sushmita took to her Instagram handle to share a gratitude post. Along with her artistic picture featuring herself, the actress penned down a short note, which can be read as:

"A BIG ‘Thank you’ to all of you super generous & loving souls…unending showering of good wishes & blessings coming my way…making this birthday yet another one to be cherished!!I feel reborn this birthday in more ways than I can describe in words…Letting you in on a little secret….I completed AARYA 2 and then travelled to address my health….had a successful surgery on 16th Nov & I am healing marvellously every passing day…in this beautiful place!!" Further in her caption, she shared that her 46th birthday marks a healthy beginning. She also shared that she had a lot to look forward to, as being alive is the greatest gift one can have. Her note can be read as:

"I feel the goodness of all your energies & the strength of your love!!! Keep it coming!!!My 46th birthday marks a healthy new beginning, also sports a new look..lots to look forward to…after all, the greatest gift is being ALIVE!! #gratitude #love #tightesthug" 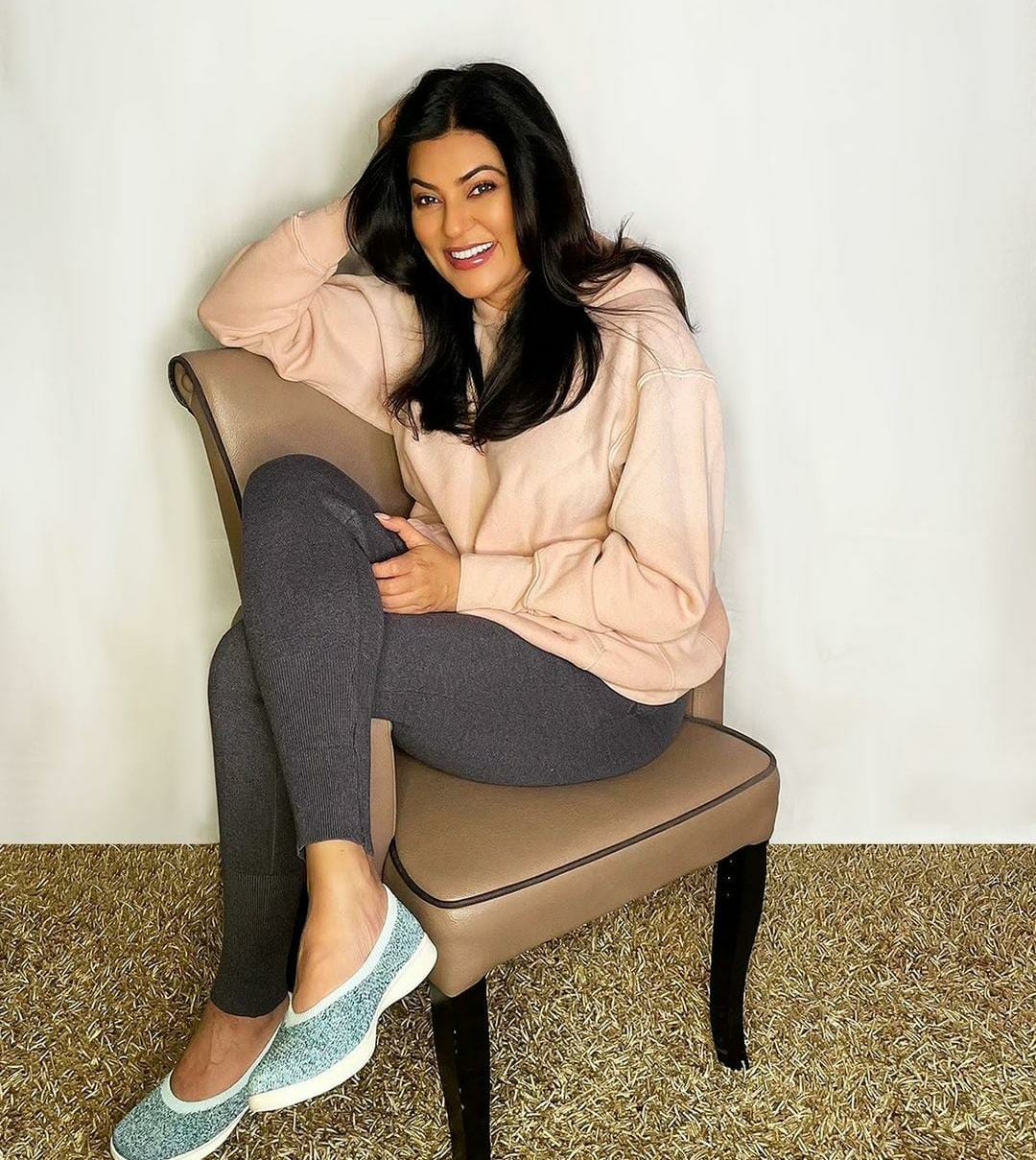 Many of her fans showered the birthday girl with love and wishes on her post. A fan commented, "HAPPY BIRTHDAYYYY FAVOURITE", another fan said, "Happy birthday girl. Only wishing the best for you. You're a gift to this world. Love and hugs." Apart from her fans and acquaintance, her sister-in-law, Charu Asopa, wished her, and wrote, "Happy bday didi… love you loads." On Sushmita's 45th birthday, she had shared her fun-filled birthday celebration pictures on her Instagram handle. In the pictures, Sushmita could be seen sitting on her bed surrounded by pink and golden balloons. Atop the picture, she had written:

"#aboutlastnight My Maa , Alisah & Renee brought in my birthday with this soaring feeling!! Its good to know THIS is how old they think I am!!! Thank you for the avalanche of love, wishes & blessings you all have been showering on me...what a beautiful birthday I am having!! I looooooove you guys!!! #duggadugga #gratitude #birthdaygirl." 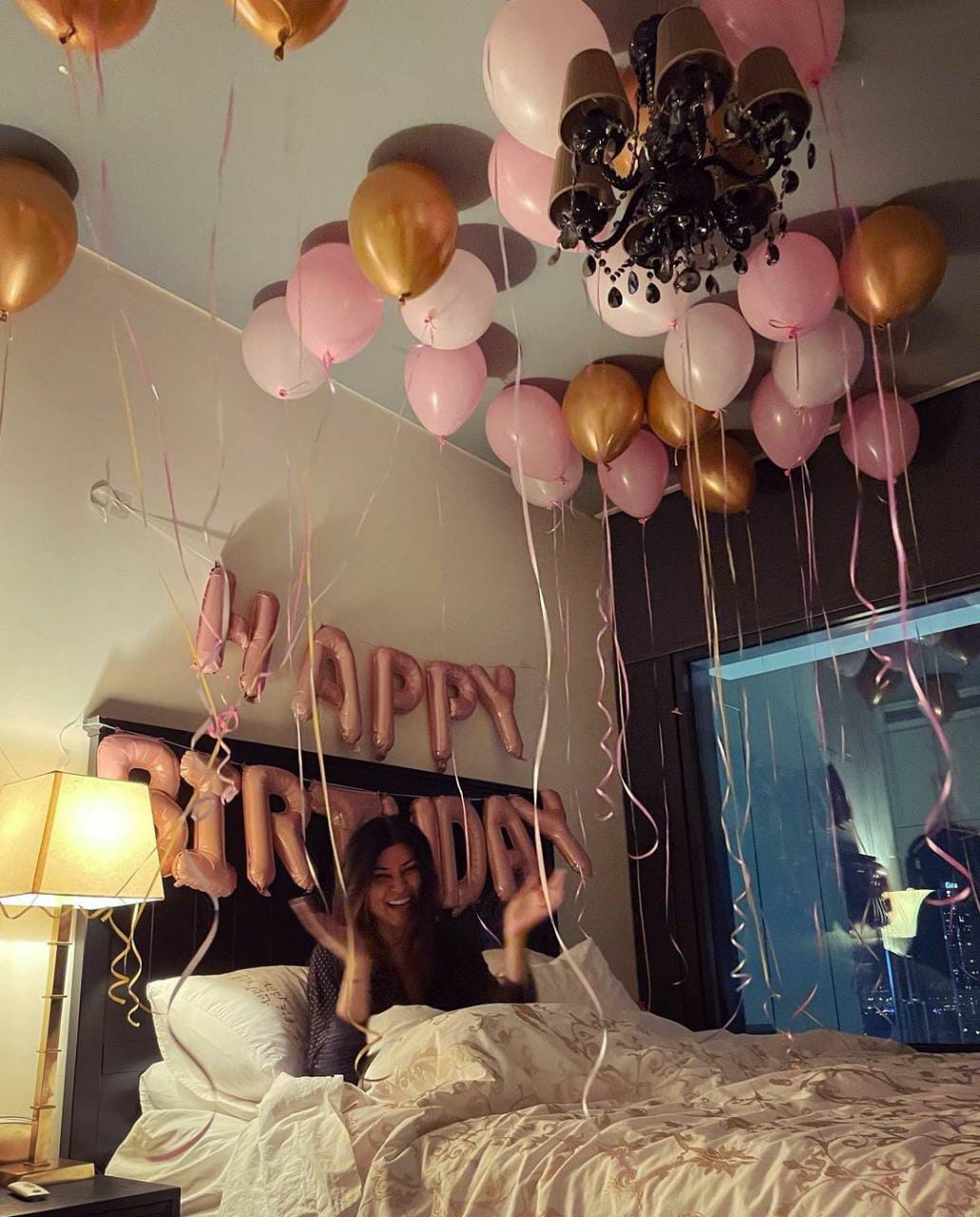 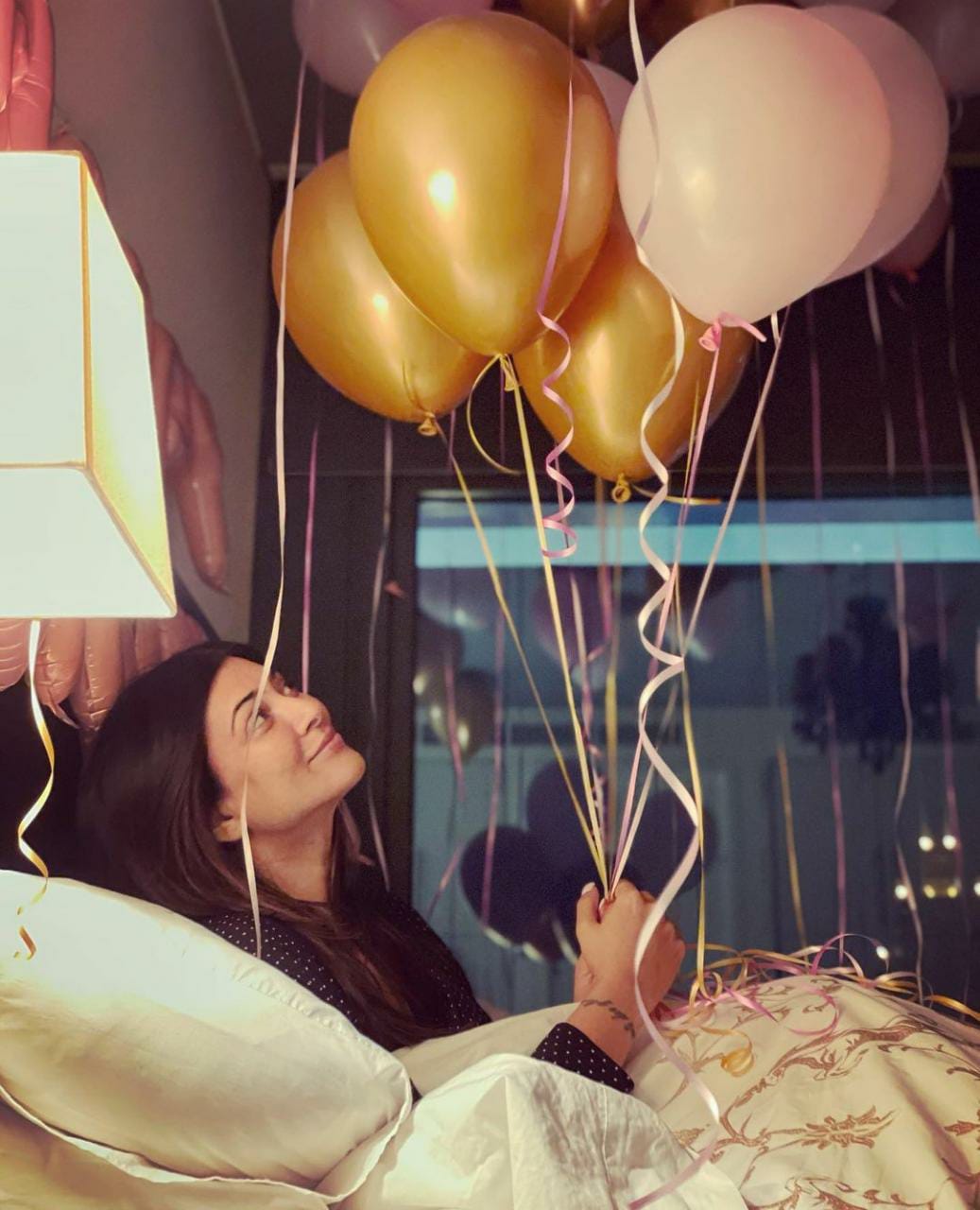 We wish Sushmita Sen a speedy recovery and good health!