Sushmita Sen, Unmarried At 43, Gets Trolled For Calling Marriage 'Creepy', Has An Epic Reply

Sushmita Sen, Unmarried At 43, Gets Trolled For Calling Marriage 'Creepy', Has An Epic Reply 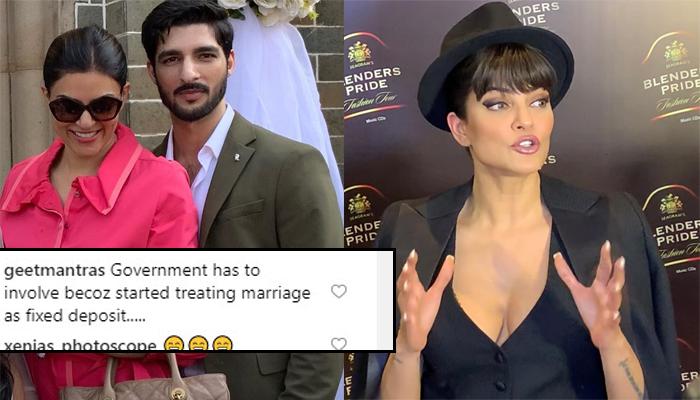 First Miss Universe from India and currently a 43-year-old single mother, Sushmita Sen is a power woman! Undeniably, she has come a long way, and she never shies away from speaking her heart out. Be it her personal life and relationship with Rohman Shawl or her strong opinions on societal issues, Sushmita Sen is as unabashed as it gets. (Don't Miss: Priyanka Chopra Reveals Why Her Intimate Wedding With Nick Jonas Left Mom Madhu Chopra Upset)

Sushmita Sen shared a satirical joke on marriage yesterday, January 30, 2018. In all her humour, she wrote, "Whoever invented marriage was creepy as hell. Like I love you so much I’m gonna get the government involved so you can’t leave."

But because celebrities all around the world are privy to the trolls on social media, Sushmita didn't have it any different. As usual, the trolls and netizens jumped on the bandwagon to troll her, and started commenting with the nastiest and brutish words. Take a look at how Sushmita Sen got trolled for her marriage joke: 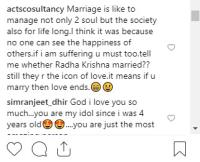 And guess what? Sushmita has a kickass reply to alll the trolls! She took to her Instagram and shared the following joke as an image post. Clarifying that it was a reply to the good-for-nothing trolls, she captioned her post as, "Morale of the story...’ A #joke can lead to detention’ #guilty of a #senseofhumor #lol  I love you guys!!!!" 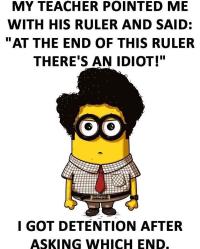 Sushmita and Rohman have suddenly become the IT couple of the tinsel town. A media report last year had suggested, "Sushmita and Rohman were dating for two months after they met at a fashion gala and enjoy a good equation. The duo has even discussed the idea of marriage and if things go as planned, they will take their marital vows next year.” (You May Like: Isha Ambani Reveals The Reason Why Hubby Anand Piramal Reminds Her Of Her Father, Mukesh Ambani) 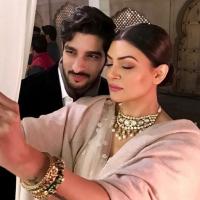 The report could be further read as, “Rohman has already proposed to Sushmita and she has agreed, which is why she decided to go public with the relationship. They are currently figuring out when would be a good time to tie the knot, but as of now, the couple is looking at a date around winter 2019”. 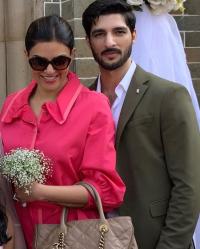 Sushmita recently posted a couple yoga pose with Rohman and her followers went crazy on social media. Sharing the following snap from their workout session, the 43-year-old single mother wrote, "To train with a partner is to know the alignment of energies!!! It’s like creating in unison a way of balance, trust, authentic strength and mutual respect! It’s impossible not to fall in love with the idea of sharing both the struggle and achievements!!! Elevated cat and camel yeah! how I love training with you jaan @rohmanshawl pure magic!! #sharing #partner #team #ourdiscipline I love you guys." 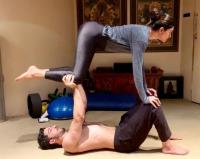 Sushmita and Rohman regularly post their workout videos, and clearly, both of them are fitness freaks. Sharing yet another video recently, Sushmita wrote, “Faithfully balanced & gracefully synchronised, Life is #poetry with you #birthdayboy ‘WE’ for Victory!!! Keep smiling always!!! I love you @rohmanshawl #duggadugga #happybirthday mmuuuaaah.”

In an earlier interview, talking about her two kids- Renee and Alisah, and her idea of marriage, Sushmita Sen was quoted as saying, "My kids have exactly the same mindset as me. We are open to life, and whatever it brings. I don't think that (her wedding) will be a problem because of the way I have raised them. So, marriage will not be a problem, finding the right man is."

She had further added, "I think you save the best for the last. I don't think rules set by the society need to be followed by everyone, like getting educated by age of 18 years, marrying at 25 and becoming a parent by 27. I don't believe in this.” She further added, “I think every person has a unique DNA and different choices. I will surely get married and whenever it will happen, it will be a beautiful and memorable day. But it will take its time." 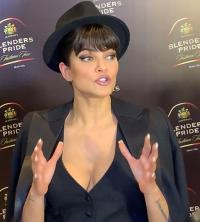 Sushmita Sen recently penned down her idea of love and relationship on her official Instagram handle. She wrote, “#beautiful “I would like to see you without your feeling pressured but rather with your feeling space and desire, the parents of bravery and curiosity. I would like you to want to see me without you feeling seduced. I am not interested in playing games: for games are for winners and losers and I do not ever want to win against you, or for you to lose against me, and I do not want to lose against you or for you to win against me. For we are part of the whole, the main, as Donne said—and your gain is mine and my loss is yours. Love is about finding one’s match, which means we shall touch our minds and hearts together at once, and never condescend or aim for any goal between us but the truth." #sharing #excerpt ‘Things I would like to do with you’ by Waylon H. Lewis!!” (Suggested Read: Ekta Kapoor Becomes A mother To Baby Boy Through Surrogacy, Follows Brother Tusshar's Footsteps)

Sushmita's epic reply on getting trolled for her marriage joke is awesome, right? We hope she and Rohman get married soon now.