'Aarya' actress, Sushmita Sen left embarrassed during her Instagram live after her daughter, Alisah Sen, calls her this in front of everyone. Find out!

We are blessed to have tons of actresses and models in the entertainment industry for decades, who have inspired us with their struggle, bold choices, success, and above all, humility. But one name is right up there with the elite ones, and that is of Sushmita Sen, the first Indian to win the Miss Universe title. The lady had it all at such a young age to win the prestigious title. And that feat had made her the idol of every young soul in the country. (Recommended Read: Anupam Kher's Mom, Dulari Sings A Bollywood Song, He Teases Her Asking If She's Missing His Dad)

Now, after all these years, the actress is a mother of two adorable daughters, Renee and Alisah, whom she had adopted and is inspiring everyone with the way she’s handling everything on her own in her life. The trio never fails to impress and entertain us with their hilarious and sweet tricks with each other. Scroll down to see a glimpse of the same!

On Sushmita Sen's Birthday, Her Boyfriend Rohman Shawl Wishes Her With A 'Twinning In Black' Picture On July 1, 2020, Bollywood actress and former Miss Universe, Sushmita Sen took to her Instagram handle and posted a lengthy video informing people about her next live session. During the whole video, we can enjoy the beautiful camaraderie between all members of the family as they produced some hilarious moments too. In the video, Susmita Sen was talking about her recently-live series, Aarya and was informing all the fans that if they have any queries and doubts about the series so far then they can ask it all from the director, Ram Madhvani. However, an unmissable hilarious moment came at 3:25 minutes of the video, when Sushmita has praised herself for getting better with these Instagram live thing. But it was her little daughter, Alisah, who dropped a hilarious comment and can be heard saying “Yes she’s getting better, but of course she was technically challenged.” After hearing this, Sushmita hilariously advised her daughter not to reveal these things, when she’s live. Along with the video, Sushmita wrote a caption, and it can be read as “Ok you guys, please leave your questions on #Aarya for Director Ram Madhvani @madhvaniram & me in the comment section of this post...we go LIVE on July 4, 2020, at 6:30 pm IST.” Take a look.

Well, the supremely-talented actress and doting mother, Sushmita Sen never skips a moment to cherish the presence of her kids, Alisah and Renee in her life. In a lot of interviews, we have heard her talking about the impact of her daughters in her life and how they’re the pillars of her strength now. Recently, the actress had shared a beautiful picture down from the memory lane that is 18 years old. In the photo, we could see Sushmita Sen posing to the lens with her surreal smile like always, while we see the little Renee looking at her wearing a white t-shirt and grey shorts. Along with the adorable picture, Sushmita had written a caption, and it could be read as “Sometimes I look at these pictures & wonder when I see Renee & me even at age 2 yrs & 26yrs old...the child was always me!!! It’s magical to realise I am the one who’s been mothered all along!!! #sharing #precious #memories #mother #daughter #journey I love you guys!!! #duggadugga.” Take a look! (Don't Miss: Raghu Ram Flies To Canada With His Wife, Natalie Di Luccio And Son, Rhythm Amidst The Pandemic) 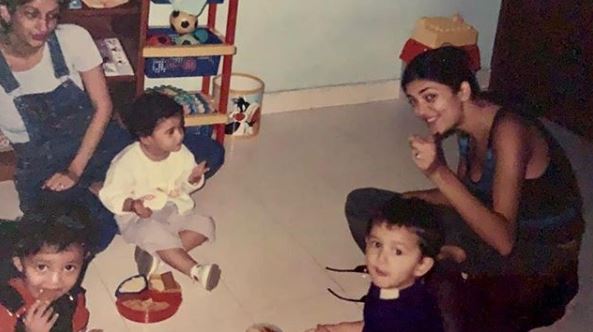 We have heard Sushmita revealing what beautiful experience motherhood has been for her. Last year, at FICCI Hyderabad, Sushmita had told that becoming a mother was her life’s wisest decision. She had said, “The wisest decision I made at the age of 24 was to become a mother. It stabilised my life. People think it was a great act of charity and wonderful action, but it was self-preservation. It was me protecting myself.” (Also Read: Asim Riaz Shares An Appreciation Post For His Ladylove, Himanshi Khurana, Praises Her Expressions) 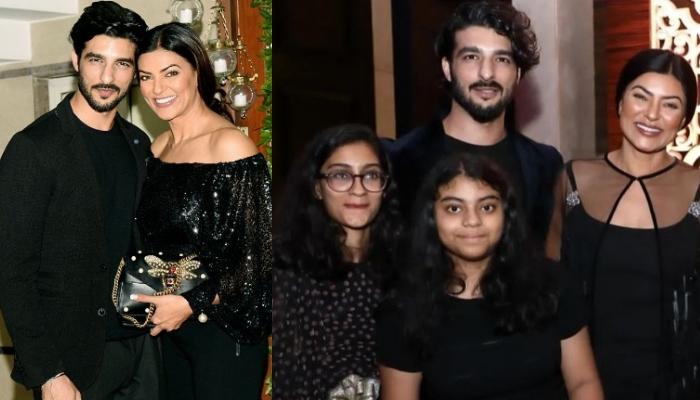 Sushmita Sen is one of the most amazing actresses in Bollywood. She has made a place for herself in the heart of millions courtesy of her pleasing personality and amazing work. The bong beauty made India proud by bringing home the Miss Universe Crown in the year 1994. Moreover, she