Whether there is good news or bad ones, telly world is always the most surprising when it comes to relationships. Right from secret celeb weddings to some shocking divorces and break-ups, there has been a lot of shocking news hitting the headlines every now and then. One such lovebird was MS Dhoni actor, Sushant Singh Rajput and Pavitra Rishta fame, Ankita Lokhande.

You May Also Like: Celebrity Divas That Transformed Their Look After A Painful Breakup

No one ever thought in their wildest of dreams that they would part ways someday. And when this news started making the rounds, many hearts connected to this couple got shattered. Manav and Archana of Pavitra Rishta decided to end it all after six wonderful years of their relationship. They met on the sets of the serial itself, and it must be noted here that Sushant proposed to Ankita on the national television. 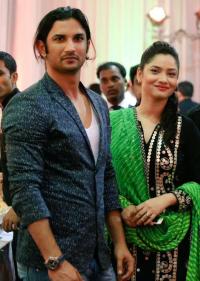 After being in a relationship for 6 beautiful years, Sushant and Ankita split-up. If a source close to the couple is to be believed, it was Ankita’s over-possessiveness. Here’s what the source was quoted as saying,

But in another interview with an ace film critic and senior journalist, Anupama Chopra, Sushant talked about the real reason behind the break-up and how he came out of it. The actor stated,

“It is very important to give time to a relationship. It can sustain if there are no expectations. When you are in love you care about your partner, and wish for good memories with him or her. Therefore time is like an investment in any relationship."

“We run after a psychological security which will never last long. Most of the actors only want to speak about themselves and have become self-obsessed. They want to be heard only. Today, people no longer have listening power.”

In another interview with the Hindustan Times, the Raabta actor revealed the reasons for his breakup with Ankita. It seems the media pressure could have been one of the reasons behind their splitting up. Here's what he said,

"If you are discussed, scrutinised and judged in public not as an actor but for your personal life, you can’t complain. However, you sometimes feel helpless and terrible. Especially if you are an introvert." 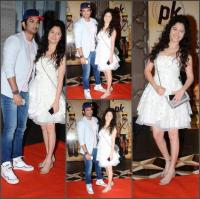 However, their breakup rumours, at times, felt completely untrue. For example, even after the rumours once Ankita was quoted as saying, “I don't know why everyone's speculating that our six-year relationship has ended and that we are no longer together. It's unnecessary and uncalled for. I am there with him as always, I love Sushant Singh Rajput unconditionally. These rumours are completely baseless and in bad taste." But then finally, it was confirmed by Sushant himself, when he tweeted this,

"Neither she was alcoholic, nor I am a womaniser. People do grow apart and that's unfortunate."

Recently, there has been news that Sushant is in a relationship with Raaba co-star, Kriti Sanon. Well, we at BollywoodShaadis, just wish that Sushant and Ankita stay happy in their respective lives.

Next Read: Ashish Kapoor Secretly Gets Engaged To His Girlfriend, Ilda Kroni After Dating Her For 8 Months