Sushant Singh Rajput's friend, Sandip Ssingh talked about his 'thumbs-up' gesture at the Cooper hospital that is in headlines for all the wrong reasons. Find out!

The late Bollywood actor, Sushant Singh Rajput, who had stunned everyone with his exceptional performances in movies like Kai Po Che!, Kedarnath, MS Dhoni: The Untold Story, Sonchiriya, and Chhichhore had left this world for the heavenly abode on June 14, 2020. Sadly, the cause of his death is still unknown to his family, friends, and fans. However, the CBI is working day and night to bring out the truth behind his suicide. (Recommended Read: Aishwarya Rai Bachchan Shares A Picture Of Aaradhya Bachchan Showing Gratitude Towards Her Teachers)

We have already seen tons of twists in this case so far, but one of the biggest twists had come when an eyewitness has alleged Sushant Singh Rajput's friend and producer, Sandip Ssingh as the 'mastermind' behind late actor's murder. However, so far, nothing has been proved, and Sandip Ssingh has addressed all these rumours in his latest interview. Scroll down to read it! In a conversation with the news agency, ANI, Sandip Ssingh talked about the allegations and conspiracy theories that are going in the media about his 'thumbs up' gesture at the Cooper Hospital. ANI tweeted Sandip Ssingh's views on these speculations, and their tweet can be read as "The people who are levelling allegations against me should answer why they didn't go to the residence of #SushantSinghRajput or the hospital when they got the news or to his funeral. Why didn't they stand with the family?" (Don't Miss: Ravi Dubey Gives A Sneak-Peek In His 'Empress', Sargun Mehta's Birthday Celebrations [Video Inside])

In ANI's next tweet, Sandip revealed the situation in which he had shown that thumbs-up gesture to a police constable and also urged people to have some patience instead of accusing anyone without evidence. The tweet can be read as "When I reached Cooper Hospital with Mitu didi (Sushant Singh's sister), a constable asked - who is Sandip? To which, instead of shouting, I showed thumbs up to tell that I was the person. What was wrong in that? Should I have cared about my gesture at that time?: Sandip Ssingh."

In another tweet, Sandip urged people to trust CBI and be patient with their assumptions. The tweet can be read as "CBI team (investigating Sushant Singh Rajput's death case) called me & asked about sequence of the event on June 14 & 15. I told him everything I knew. Everyone wanted CBI enquiry which happened. Now, people want to decide who is accused. We should have little patience: Sandip Ssingh." Apart from these allegations, Sandip also addressed the claims that he's a self-proclaimed friend of Sushant Singh Rajput, after late actor's family has denied knowing him.

On September 6, 2020, Sandip Ssingh took to his Instagram handle and posted a few screenshots of his chat with Sushant's sister, Meetu Singh and her husband. Along with the screenshots, he wrote a caption, and it can be read as "Everyone is saying that your family does not know me. Yes, it's correct; I never met your family. Is it my fault to help a grieving sister alone in this city to complete the final rites of a brother? Just want to end the speculation why I was talking to the ambulance driver despite his statement #SushantSinghRajput #SandipSsingh." Take a look. (Also Read: Arjun Kapoor And Girlfriend, Malaika Arora Test Positive For COVID-19, Are Under Home Quarantine) 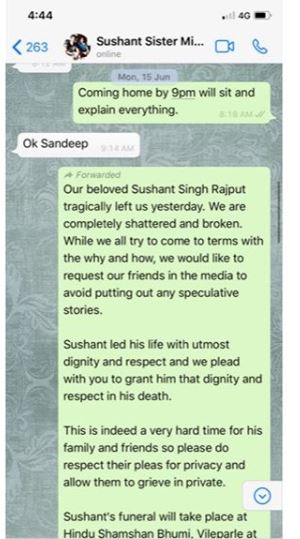 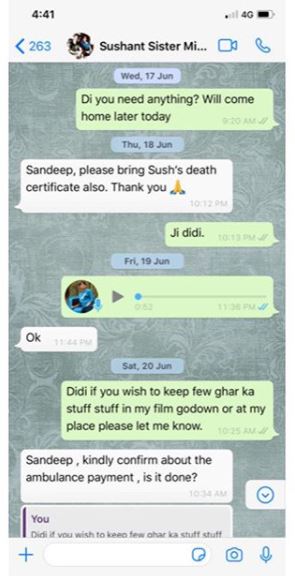 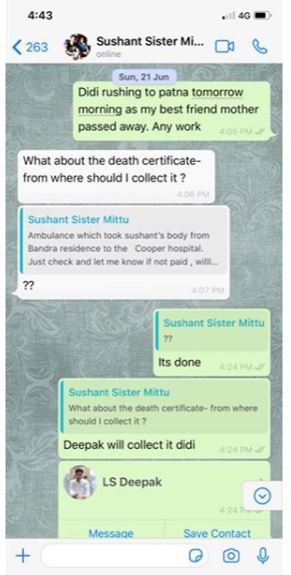 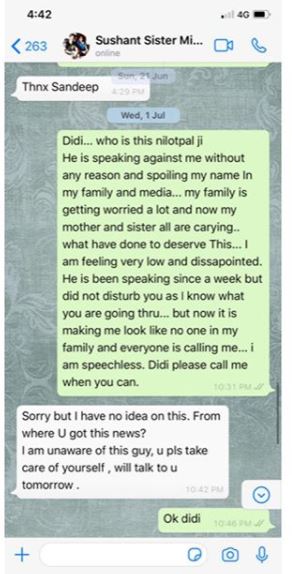 Do you believe in the words of Sandip Ssingh? Let us know!