Suresh Raina's wife, Priyanka Chaudhary posted the first glimpse of their baby boy on her Instagram handle along with, a heart-melting note for him.

Becoming a parent for the very first time is a completely unmatchable feeling in the world that a couple experiences. But to welcome your second child, who completes your family in every sense is way too beautiful and powerful. One such couple is a vice-captain of IPL team, Chennai Super Kings, Suresh Raina and his doting wife, Priyanka Chaudhary Raina, who had embraced parenthood for the second time. With the arrival of their baby boy, their daughter, Gracia Raina is promoted to 'big sister'. (Recommended Read: Raveena Tandon Thadani Takes The 'Flip The Switch' Challenge With Daughter, Rasha And Their Pets)

A few days before Suresh Raina and Priyanka Chaudhary Raina had completed five years of their married life, and with the arrival of their baby boy, the family of three became four. Now, Priyanka has shared the first glimpse of her little prince, along with an emotional letter for him and also shared her concern on the COVID-19 pandemic. 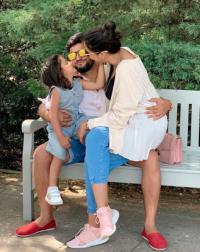 On April 2, 2020, Priyanka took to her Instagram handle and posted a picture of her newborn’s little hands. Along with it, she also posted pictures of the long note she had written for him. In her long note, Priyanka talked about the emotions she had experienced during her pregnancy period. On top of that, she also shared her views on the coronavirus pandemic worrying about her kids’ future. A little excerpt from her long note in the caption can be read as “Our happy space just got a lot bigger, better and feels complete. Our little bundle of tremendous joy and happiness is over a week old now and it warms my heart to even think how someone just a handful can make you feel whole. Thank you, everyone, for all the love & blessings you have sent to us.” Take a look. (Don’t Miss: Ankita Bhargava Gives Us A Glimpse Of Her Daughter, Mehr Patel's First Ram Navami Puja) 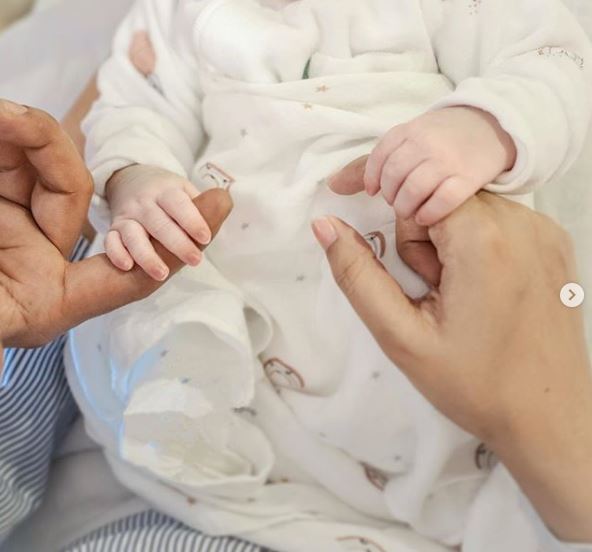 For the uninitiated, Suresh and Priyanka are childhood friends but we're hardly in touch with each other as the latter’s family shifted to Punjab. The Raina and the Chaudhary families have known each other for a long time, so in Suresh’s words, their wedding was more of an arranged marriage. On April 3, 2015, Suresh and Priyanka became each other’s forever and tied the knot. A year later, they had welcomed their little princess, Gracia Raina in their lives on May 16, 2016. And, now with the arrival of their little son, both Suresh and Priyanka are on cloud nine. (Also Read: On Remo D'Souza's Birthday, Wife, Lizelle D'Souza Shares A Heartfelt Note And Calls Him A 'Diamond') 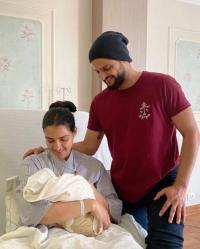 Do you like Priyanka’s note for her baby boy? Let us know! 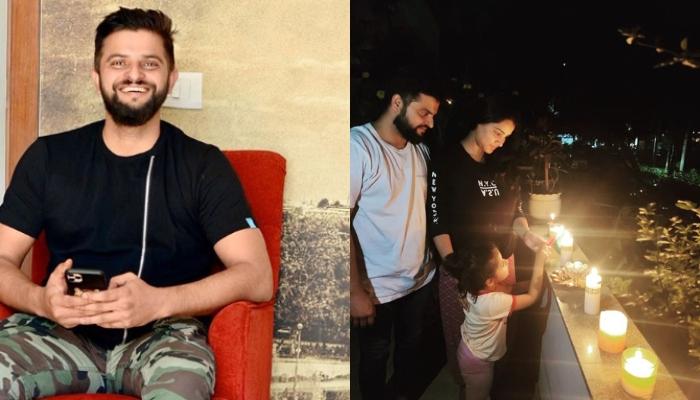 There's not even a shred of doubt in the fact that this is indeed, a very tough time for each and every one of us and it's becoming impossible to keep a sane mind with every passing day. With the news of rising death tolls, misbehaviour with doctors, deteriorating economy and mismanagement everywhere, it seems as