Supriya Pathak speaks about her husband, Pankaj Kapur, her friendly relationship with Sanah Kapur and Ruhaan Kapur, her equation with Shahid Kapoor and Mira Kapoor, and her fondness for grandkids.

We know her as Hansa Parekh but what we don't know is that she is the one, who had shared the screen with Hugh Grant, an actor at par with her. Both the talented actors of Bollywood and Hollywood have come together for a French film, La Nuit Bengali (The Bengali Night) released in 1988. Without a doubt, we can say that Supriya Pathak is one of the gifted actors of the film industry, who has never failed to impress her audience in her four-decade-long career. Be it the big screens, theatre or the television, Supriya's contribution and legacy in the acting world is hard to beat.

Also Read: Neliima Azeem On Her Relationship With Mira Kapoor, Grandkids Misha And Zain, And Her Samdhi-Samdhan

During the filming of their unreleased film, Agla Mausam, love blossomed between Supriya Pathak and Pankaj Kapur, and over the period of time, they found a lot common in each other. When Supriya and Pankaj had met, both were recovering from their failed marriages, shared a common and immense love for acting and have yearned for true love. Theirs was a perfect match and Supriya would often joke about how the film was made only to bring them together. To spend life with Pankaj, Supriya was ready to become a mother to his son, Shahid Kapoor. Two years after their wedding in 1988, Pankaj and Supriya had welcomed their first child, Sanah Kapur and four years later, their second-born, Ruhaan Kapur in 1994. In an interview with Pinkvilla, for their Dear Mom segment, Supriya Pathak spoke about learnings from her actor-husband, Pankaj Kapur, her friendly relationship with her kids, Sanah Kapur and Ruhaan Kapur, her equation with step-son, Shahid Kapoor and his wife, Mira Rajput Kapoor, and her fondness for her grandchildren, Misha Kapoor and Zain Kapoor. When asked to elaborate on how she makes her roles of different kinds of mothers, from Hansa Parekh (Khichdi) to Dhankor Baa (Goliyon Ki Rasleela Ram-Leela), unique in their own way, Supriya retorted, "My husband, Pankaj Kapur ji, I really learnt a lot from him. I mean I still do every minute and what he told me once which kind of stuck in my head was every human being is different. It is the way we communicate that human being, that place that they live in, surroundings that they have; all this attributes to the, kind of, characteristics of the person. I thought why can't communicate different people, different mother and their different emotions as best as I can to my audience." 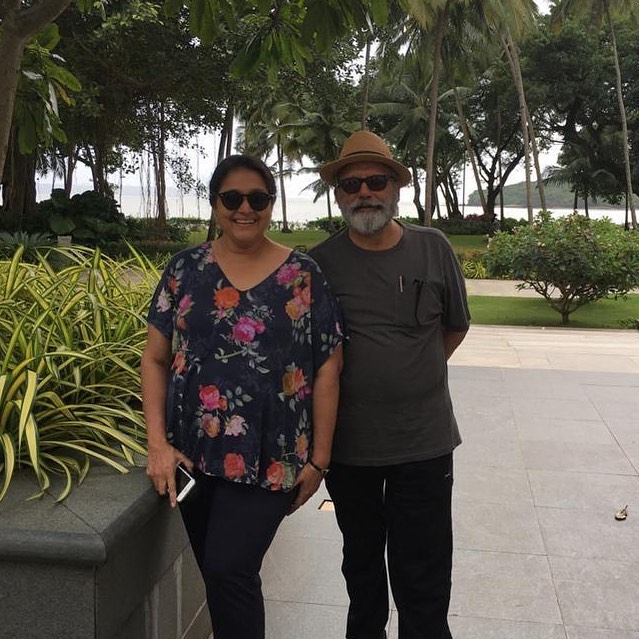 Throwing some light on her relationship with her kids, Sanah Kapur and Ruhaan Kapur, and how it is more like a friend than a mother, Supriya Pathak said, "I personally feel you should ask them. I don’t think I'm really a mother to them in that sense. We're very much more like friends. I love chilling with them. I listen to the same music, I see the same things that they do. So, I'm not really a mother. They don't listen to me, so, I'm not a mother. Basically, I think with Sanah and Ruhaan, we are just great friends. With Sanah, I can talk all about my woes, issues and everything to her more than I can talk to anybody. And Ruhaan also. Ruhaan is my go-to person if I'm getting stuck in a role or a scene especially. I go to him. He's the one who sorts things out in my head. We're friends. I don't have a mother relationship with either of them, at all." 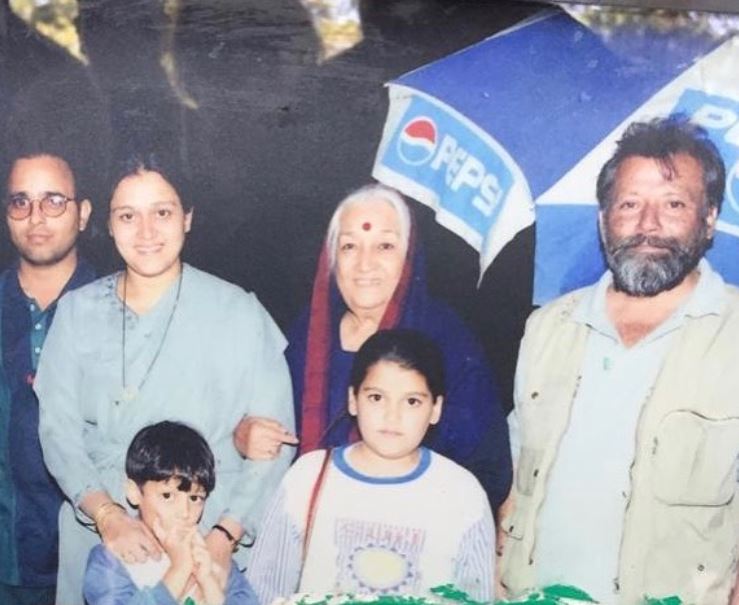 Explaining the kind of relationship she shares with her step-son, Shahid Kapoor (Pankaj Kapur and his first wife, Neliima Azeem's son) and revealing that he is the one she could always depend upon, Supriya Pathak continued, "Shahid and me, we share a relationship which is so much more than just a mother and son kind of a relationship because we met on a different platform and related on a different platform. I met him when he was 6. I was not there in his life for all the really young formative years, and we met as friends. I was a friend of his father's and therefore I met him. So, it was more like a friend, and it remained like that always. We have always been on a level where we are more like pals. (In fact) I would call Sanah and Ruhaan more like pals, but Shahid and me because we have not really lived together, it was very much like a person I could always depend upon. Sash has always been that person for me. I really love him. There's one thing that I can really say about I genuinely feel very strongly, a feeling of love I feel. I can't really define the relationship, I don’t want to either but it's more like I believe him." Supriya Pathak's happiness knew no bounds when she was asked to shed some light on her bond with grandkids, Misha Kapoor and Zain Kapoor. She said, "Yes, Misha and Zain. My Zain is also a sweetheart. I am really very fond of my grandchildren. Very very fond. They are exceptional children. Mira is an exceptional person and the way she has brought them up is absolutely wonderful." Speaking of her relationship with her mother-in-law and why she doesn’t understand the aspect of all of this, Supriya added, "As I told you before, I have not been a mother so I can't be a mother-in-law. I don't understand the aspect of all this. Yes, I have seen it around, I have had friends who have had experiences like that. I had a great mother-in-law, so to tell you honestly, I have never experienced it. I have never really known what being a mother-in-law is. Mira came to me as a daughter. I personally feel I am a great friend of hers, we love going out for shopping, or for lunch or dinner. So, these definitions are not in my head at all, and I don't know how to react to that. Though as I tell Ruhaan, when he gets his wife - I want to be a mother-in-law." 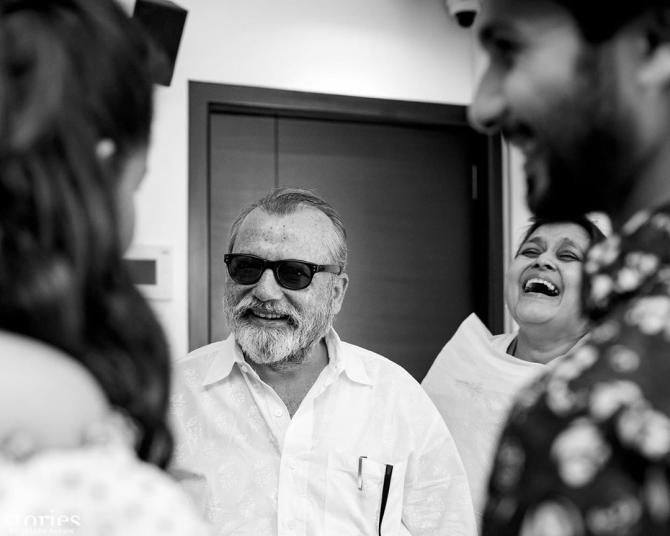 In an interview with The Times Of India, Supriya Pathak was asked to elaborate on her comment when she was thankful to her parents, who made her appreciate books and reading. Revealing if she encourages her children to do the same, Supriya Pathak had said, "My daughter-in-law loves to read books and so does my granddaughter. She is five years old now and she loves making us read her books too. Her favourite pastime is: Ba (she calls me Ba) and Baba (she addresses Pankaj as Baba) kahani batao... so we tell her stories and she too tells us stories in return. They are very involved in books and that's the great part of Mira - she encourages them to read as well. I must say Mira is a great mother, so our job is only to pamper our grandchildren."

On the professional front, Supriya Pathak was last seen in the Disney+ Hotstar released film, The Big Bull.