Sunny Leone Turns Hairstylist For Hubby, Daniel Weber But The Latter Is Scared To See The Final Look

Sunny Leone Turns Hairstylist For Hubby, Daniel Weber But The Latter Is Scared To See The Final Look

Sunny Leone and Daniel Weber are one of the most sought-after couples of the glamour world. On September 5, 2020, Sunny turned hairstylist for Daniel and their hilarious banter was unmissable. 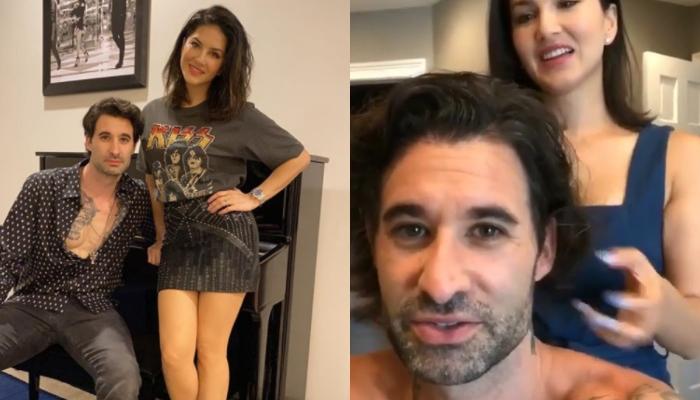 To keep a marriage rocking, it's the responsibility of both the partners to keep the fun side alive. While supporting one another through all the endeavors of life, it is also important to keep it easy sometimes. And one celebrity couple of the glamour world, who has always surprised us with their adorable camaraderie is none other than Sunny Leone and her hubby, Daniel Weber. Their constant jokes and pranks on each other have only added colours to their married life. (Also Read: Dulquer Salmaan Pens A Lovely Birthday Wish For Wife, Amal Sufiya, Thanks Her For Being His 'Rock')

Sunny Leone and Daniel Weber are one of the most sought-after couples of the glamour world. They are living a perfectly happy life with their three adorable kids, Nisha Kaur Weber, Asher Singh Weber, and Noah Singh Weber. Sunny and Daniel’s love story had started when they had met each other in Las Vegas and he was completely smitten by her beauty. The lovely couple is an inspiration to millions and has been giving goals to the millennials. 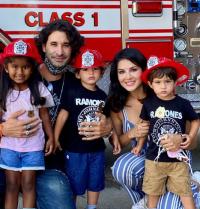 Recently, Sunny Leone turned hairstylist for her hubby, Daniel Weber. On September 5, 2020, Daniel took to his IG stories and shared glimpses of Sunny trying different looks on him. The diva was seen blow-drying Daniel’s hair and making different hairstyles. Daniel, on the other hand, was quite skeptical about the final outcome and questioned Sunny about why she was making a rat’s nest with his hair. Their funny banter is unmissable as Sunny looked quite confused and Daniel was at his witty best. Take a look:

Sunny and Daniel are quite active on social media and keep entertaining their fans with fun videos. On August 9, 2020, Sunny had taken to her IG handle and had shared a funny video as she had played a hilarious prank on hubby, Daniel Weber. In the video, Sunny was seen popping a water balloon on Daniel while he was sleeping. Along with the video, Sunny had written, “What can I say!!??? I mean he makes it too easy to do pranks on him! Well maybe he did help which is why he’s sleeping! @dirrty99 is a good husband!!” (Also Read: Sushant's Sister, Shweta Singh Kirti Reacts On Rhea's Brother, Showik Chakraborty's Arrest)

Coming back to Sunny and Daniel's love story, it was at a friend’s party when Daniel had approached Sunny and she had politely declined him. But that hadn't deterred his spirits and he had kept trying by sending her flowers and e-mails. Sunny was going through a rough time when her mother had passed away. After cajoling for two months, Sunny had finally agreed to go on a date with Daniel. But since Sunny wasn’t very keen to begin a relationship after a bitter break up, she had deliberately reached late. 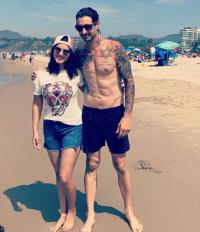 In an interview with Humans of Bombay, Sunny had shared her proposal story. She had revealed, "I remember it like it was yesterday. I was looking for a box to put my ring in. When randomly, he gave me this beautiful mahogany box which he’d made. It said, ‘With love, Daniel.’ I was so excited with the box, when he said, ‘I also have another ring for you!’ YES!! I was jumping–how could I not? I’m so lucky to have him. The proposal was simple–exactly how I wanted it." 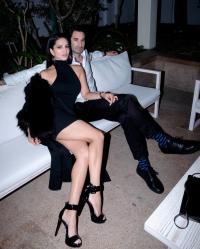 The beautiful couple is an inspiration for all those planning for adoption and surrogacy. They had won millions of hearts when they had adopted a 21-month-old baby girl, Nisha Kaur Weber on July 16, 2017. And after one year, the doting couple had become proud parents for the second time via surrogacy. Sunny and Daniel dote on their kids and make sure to cherish every moment spent with them. (Also Read: Mira Rajput Kapoor Gives Glimpses Of Zain Kapoor's Construction-Themed Second Birthday Preparations) 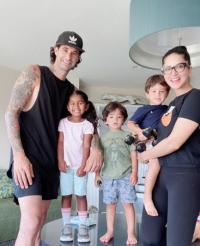 What do you think about Sunny and Daniel’s camaraderie? Let us know. There are a very few couples in the glamour world, who have made us believe in the notion of love. And one such couple is Sunny Leone and Daniel Weber, who never skips a chance to make us drool over their camaraderie. From playing pranks at each other to raising