Actress, Sunny Leone revealed in an interview how her daughter, Nisha takes charge of twin brothers, Noah and Asher in her absence. Check out!

Sunny Leone shares a special bond with her three little munchkins, which cannot be described in words. Apart from being an affectionate mother, Sunny Leone is known for her acting stint, bold sartorial choices, and humble nature. While basking success for her latest web series, Anamika, she is trying to balance her work life and parenting responsibilities.

For the unversed, Sunny Leone is married to Daniel Weber, and the couple had embraced the parenthood journey after six years of their marital bliss. They had adopted a 21-month-old baby girl from an orphanage in July 2017 in Latur, and had lovingly named her Nisha Kaur Weber. Later, they had welcomed their twin boys, Asher Singh Weber and Noah Singh Weber, in the year 2018 through surrogacy. The glamorous actress is often spotted chilling with her adorable kids and it is her motherly side that leaves her fans in awe. In an interview with Pinkvilla, Sunny has opened up about her elder daughter, Nisha's bond with her twin boys, Noah and Asher. She was asked how Nisha behaves with her little brothers. To this, Sunny revealed that Nisha acts like a mother in her and Daniel's absence. She added that Nisha takes charge of Noah and Asher as she understands that she is an older sister and her two little brothers need more help. Sunny was quoted:

"It's definitely a mix of everything. She is a mini mama in the house when I'm not around. If I'm in the other room, the words that she chooses to say start sounding like either something I would say or Daniel says. Every time that she is with her brothers, she does take care of them, which is very nice. And she knows that she's the older sister and they do need a different type of help than she does, you know. So, it's important that she understands that she's she is the older sister. And when mommy and daddy are not home, we do expect her to take charge and make sure that everybody's behaving." Further, Sunny was asked how she would protect their kids from negative media reports and what will she do if her children's peers read up on her. Sunny said one cannot lie to their children because they are going to find out the truth anyway. She hoped the media does not publish any negative reports about her or Daniel. She said:

"I think communication is probably the best thing. I have to hope and pray that if something like that does get mentioned about myself or even Daniel, which I am sure that it will. I would be cuckoo crazy if I didn't think that it would happen. But I think that communication is going to be the best tool. I talk to my children a lot, and I drill them with so much information and try and get them to understand. Honesty is I think the best policy. You can't lie to your children, they are going to find out the truth." To strengthen the special bond of siblings, the loving Weber family had celebrated Raksha Bandhan on August 23, 2021. Sunny Leone had taken to her Instagram handle and had shared some priceless pictures of her cutest family celebrating the festival. In the pictures, Nisha could be seen tying Rakhi in her little brothers, Noah and Asher's wrist. Nisha had looked extremely pretty in an ivory dress while the cutest duo, Noah and Asher, had looked dapper in traditional. The family was all smiles while posing for the camera. Sunny had captioned the photo as: 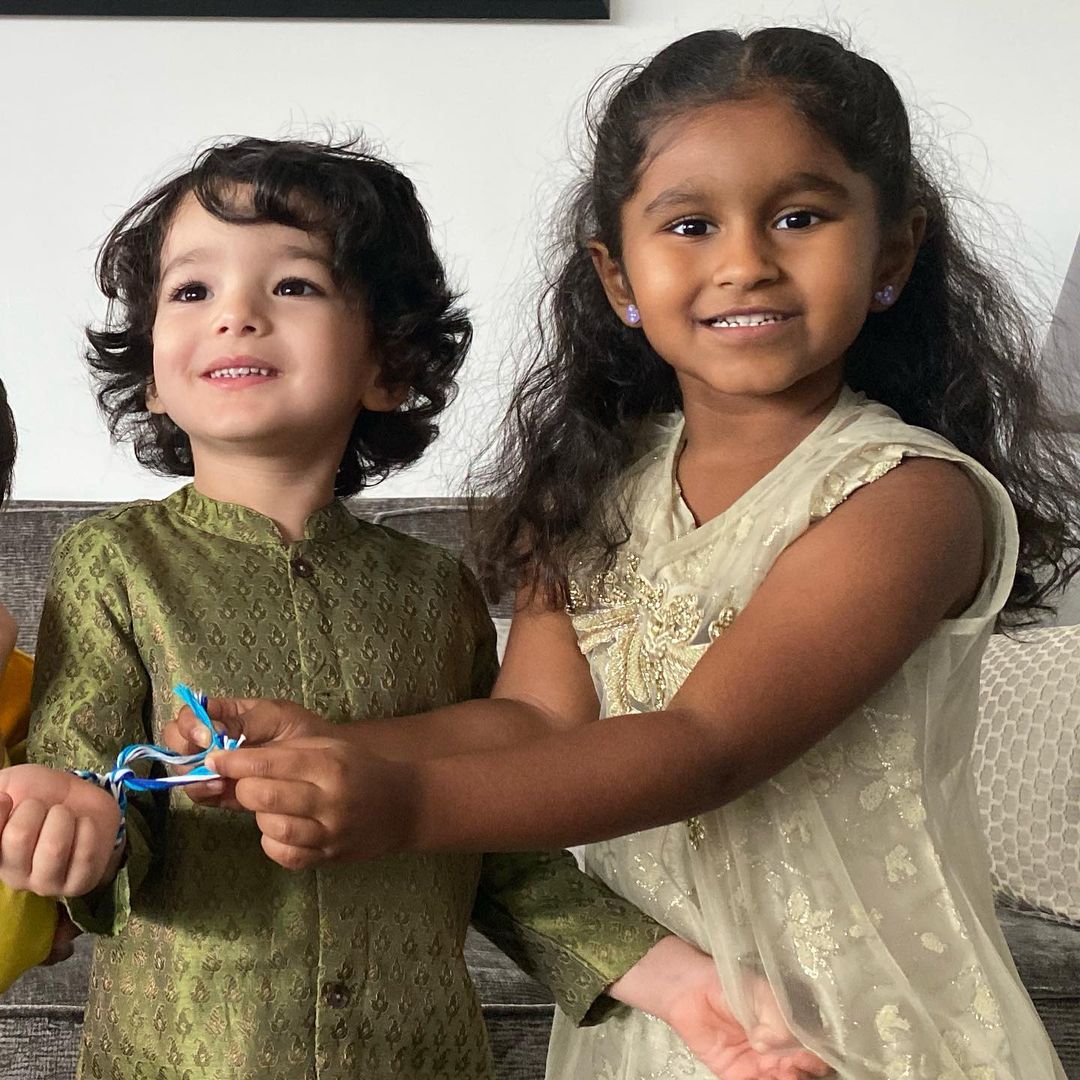 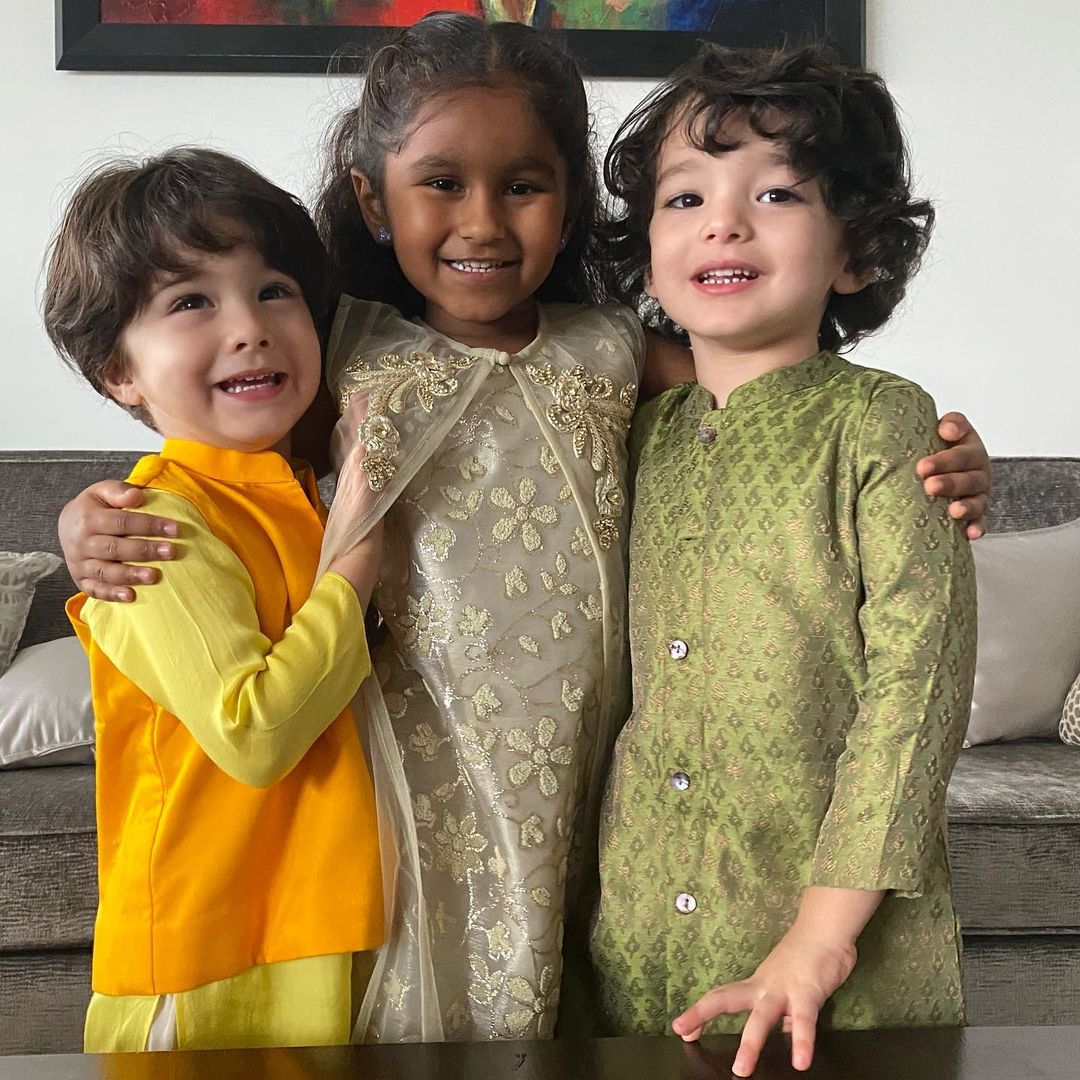 Well, we cannot seem to stop drooling over the trio's cuteness. What about you? 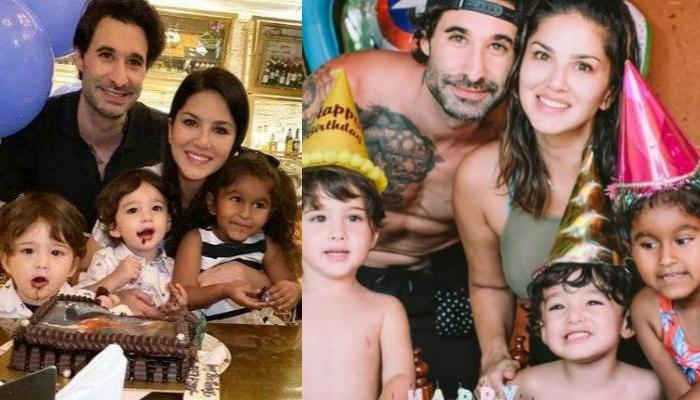 Sunny Leone has been ruling hearts ever since she had stepped into Bollywood with songs like Baby Doll, Pink Lips and many others. With her sultry looks, bold choices, sartorial fashion picks and controversial life, Sunny has always been in the headlines. The model-actress, Sunny Leone is happily married to the