Sunny Leone Takes Twin Boys, Asher And Noah For Shooting Of Splitsvilla 12, Team Dances With Them

Sunny Leone Takes Twin Boys, Asher And Noah For Shooting Of Splitsvilla 12, Team Dances With Them

What looks like some airport fun, Sunny Leone, her twin kids, Asher and Noah, co-host, Rannvijay Singha and their entire team was seen breaking into a quick jig at the hallways! 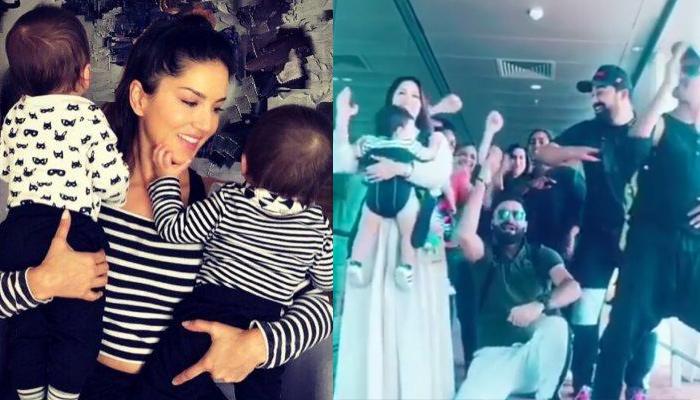 Kuchh To Log Kahenge, Logon Ka Kaam Hain Kahanaa…Chhodo, Bekaar Kee Baato Mein , Kahee Beet…this line somewhat sums up the life of Karenjit Kaur, a.k.a, Sunny Leone, in a nutshell. She dared to choose something that most people will shy away from thinking, thus defying societal norms and look where she is today! A budding entrepreneur, an awesome host, a terrific dancer, a great actress, a doting mommy and an understanding wife, you name a quality and we bet Sunny Leone definitely has it in her kitty. And how we love her for that! (Do Read: 20-Weeks-Pregnant, Amy Jackson And George Panayiotou's Engagement Bash In London, Videos Inside)

It was on June 21, 2018, when Sunny Leone gave us a glimpse of the newly built Weber family. Sharing a beautiful picture of the Weber’s, Sunny had written, “God's Plan!! June 21st, 2017 was the day @dirrty99 and I found out that we might possibly be having 3 children within a short amount of time. We planned and tried to have a family and after so many years our family is now complete with Asher Singh Weber, Noah Singh Weber, and Nisha Kaur Weber. Our boys were born a few weeks ago but were alive in our hearts and eyes for many years. God planned something so special for us and gave us a large family. We are both the proud parents of three beautiful children. Surprise everyone!” 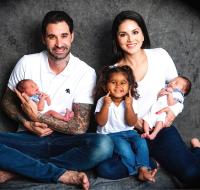 And every now and then, Sunny shares sneak peeks from her own little world which ensures to take our hearts away! Apart from films and her makeup brand, Star Struck, the hosting of Splitsvilla 12 is keeping the gorgeous beauty busy. And for the same, what looks like some airport fun, Sunny Leone, her twin kids, Asher and Noah, co-host, Rannvijay Singha and their entire team was seen breaking into a quick jig at the hallways! Notice how Sunny dances with one of her babies who is supported by her on a baby carrier. Sharing the fun video, Sunny writes, “Off to #mtvsplitsvilla season 12!! #SunnyLeone #TikTokwithSunny #returnoftiktok.” Here’s the video:

This was after Sunny Leone was spotted at the airport with her twin babies, Asher and Noah. The doting mommy had looked beautiful in a long, cream-coloured dress with one of her babies, cuddled in her arm on a baby carrier while her other baby stayed put in her nanny’s arms. Shutterbugs grabbed the most of the newbie mommy and here’s the video for you to see: (Must Read: Shah Rukh Khan Reacts On Gauri Khan's Pic With AbRam, Roohi And Yash, Says 'Maa Tujhe Salaam')

In recent interview, Sunny Leone had revealed the reason as to why she had opted for surrogacy and adoption and had stated, “For me, I chose surrogacy and I chose adoption because I wanted to keep going and I wanted to keep working. That was my personal choice. I thought I was going to have one but I had three. I wouldn’t change anything.” Sunny also shared why she wants to be a working mother and added, “I believe that I’m a better mother, if I’m working and providing for my children than if I’m a stay-at-home mother. I feel that I’m a better person, I’m a better mother, I am a better human being working than not working. My children will thank me one day for working.” 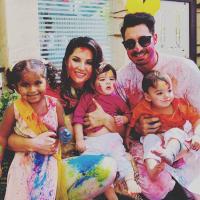 Sunny Leone, in an interview with Huffington Post had shared how motherhood changed her, “They have changed my view and my life completely, but for the better. They are just the most amazing and the most precious little kids. I had three all at once, which wasn't planned at all. I keep saying to myself, it's God's plan, it's God's plan. I don't know what his plan exactly is but I know he has given me three on the same day and I am ok with it.” 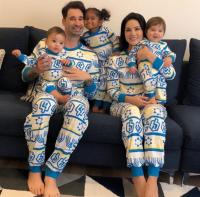 Sunny Leone had also shared about a ‘new routine’ in life after she welcomed three babies in her life, Nisha, Noah and Asher, “It's totally crazy. Like, it's a full-time job! Who does that? It's not like we planned. But I wouldn't have it any other way than how it's been. It's been crazy, it's been hectic, it's been absolutely amazing. The other day I was sitting with one of my boys. Both of them are totally different and one of them just started staring at me, like he was studying my face. He wasn't blinking, he was just staring and I was crying because I was like, this is the most beautiful thing I've ever seen in my life. At that moment, you forget all the hardships of parenting, it's so pure and beautiful.” 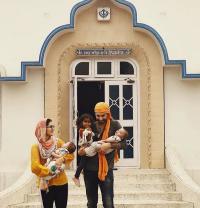 Speaking about embracing motherhood through surrogacy, Sunny had once shared in an interview, “We chose to do surrogacy with a fertilised egg from Daniels genes and my genes. Asher and Noah are our biological children and God sent us an angel surrogate to carry our boys until they were born.” Expressing the happiness of becoming a father again, the proud daddy remarked, “This is an amazing new chapter of our life and I believe the great chapter of all. We have been blessed with an amazing journey and looking forward to many more great things ahead. Proud Family!!!” (Also Read: Esha Deol's Pregnancy Glow In Pink Maxi Dress On Her Baby Shower Is Quite Evident, Pictures Inside) 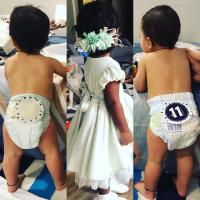 We can’t agree more! And this video? It surely made our Monday better!