Sunny Leone finds this habit of husband, Daniel Weber irritating, says if she could, she would change this, about him. Check out all the deets inside! A happy marriage is all about loving your better-half on days even when its hard to do so. Marriage is a rollercoaster ride, but with the right partner, you enjoy even the bumps in the ride! However, there will be days when you won't be able to stand each other, let alone stay under one roof, but as the famous saying goes, all's well that ends well! And a perfect example of such a happy marriage, with all elements of fun and trolling involved, is that of Sunny Leone and her husband, Daniel Weber. (Recommended Read: Taimur Ali Khan Yet Again Hijacks His 'Abba', Saif Ali Khan's Live Interview With His Cuteness)

Sunny Leone stays away from controversies and limelight and is very particular about keeping her personal and professional life distinct. But, in a recent interview, she talked about her marriage, her relationship with husband, Daniel, how did their love story start, how is she coping with lockdown having three kids at home and a lot of other things. Scroll down to find out! 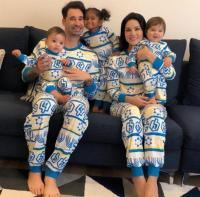 In an interview with SpotboyE, Sunny went all candid and talked about a lot of unknown aspects of her personal life. On the question of what is that one thing she might want to change about her husband, Daniel Weber, she said, "When he shaves, his hair are all over the sink. I just want him to clean/ rinse the sink.. That's it. But it’s good that he has his own bathroom and I have my own bathroom. His one can stay messy, unless it’s my turn to clean the bathrooms and I find all the hair. And then I have to again remind him that please rinse out the hair because it's gross, its yucky. This has been going on for years and I can’t change it, so I have sort of accepted it." (You May Also Like: Mugdha Godse Reveals Her Equation With Beau, Rahul Dev's Son For The First Time) On the question of where did she meet Daniel for the first time and how did they fell in love, Sunny said, "We met in Las Vegas through a friend and then he emailed me and we started talking." Sunny also shared a very funny incident where she revealed that when she had walked in holding hands with her best friend, and Daniel had thought that they were a couple. She further added, "So he had to do some research to find out that we weren't a couple, and so he had to make a big effort to get hold of me and find out that I like boys, not girls." Further, on the question of how did their love story move ahead, Sunny revealed, "He lived in New York and I lived in Los Angles. We met in New York for our first date, and after that, we resorted to phone calls and messaging as that was our only option. It was a long time before we really hit it off. We didn't really think of marriage until we were dating each other for a very long time, we were together for three years before he asked me to marry him." 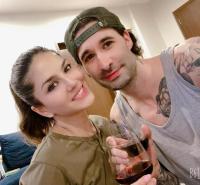 On the mention of Daniel holding placards saying 'Sunny's sleeping the whole day, or 'Her cooking sucks', the annoyed wife instantly replied, "No, he's lying, he's playing a big prank, he's playing a joke on me and I will release the videos of what's actually happening around in this house. But in all seriousness, we have only one nanny, everybody else has left and between three of us, we're constantly working, cooking, cleaning, taking care of the children, doing their schoolwork and I think it's not necessarily very difficult, it just takes time." On being asked what does she thinks of the lockdown being lifted on May 3rd, 2020 she expressed her concerns on the deteriorating economy and wished for the E-commerce portals to start working again, In her words, "I think we're all hoping for the same thing, unfortunately, we don't know how many people are infected." (Also Read: Sara Ali Khan And Brother, Ibrahim Introduce Their New Workout Partner And It Is Not Their Mother)

What do you think of Sunny and Daniel's love story? Let us know!