Son of actor, Sunny Deol and grandson of legend, Dharmendra, Karan Deol had followed the footsteps of his papa and dadu. In 2019, Karan had made his acting debut with the film, Pal Pal Dil Ke Paas, directed by his father, Sunny and produced by Dharmendra. Blessed with Deol looks and talent running in his genes, this star kid has a promising career ahead and has a long way to go!

Karan shares a very warm bond with his dadu, Dharmendra, whom he calls, bade papa. In 2019, Karan had shared an adorable candid picture with Dharmendra, where the two were seen smiling happily. Along with the picture, Karan had revealed a lesson he had learnt from his bade papa. His caption could be read as “Badepapa always told me “an actors growth never stops....” even at his age he’s still observing and learning something new. @aapkadharam.” 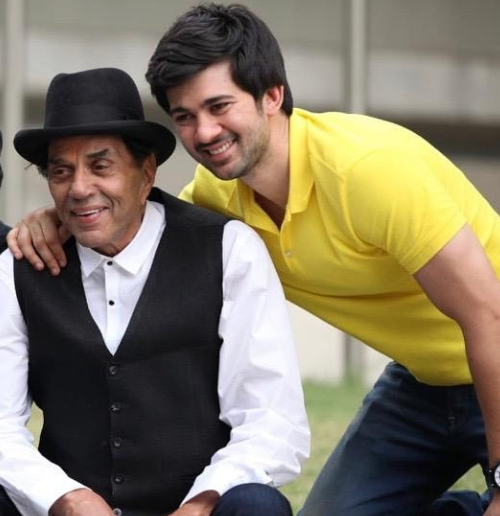 In an interview with The Times of India, Karan Deol revealed that he had watched Hema Malini’s films and found her to be a brilliant actress. Praising her work and career in Bollywood, Karan said, “She has had a very brilliant career from start to finish, very prestigious.” He also added, “Yes, I have seen one or two. She has had a really great career and from whatever I have seen, she is a really brilliant actress.” Karan Deol is in complete awe of his father, Sunny Deol. On Father’s Day 2019, Karan had taken to Instagram and had posted a heartfelt wish for him. The same could be read as “Many people look up at superheroes, Mine is my dad. From seeing you push on from your ups and down, you always managed to turn things around, Looking at you turned my frown upside down. A single word won’t do justice to what you mean to me, But from here on now I’m not that kid anymore I’ve got your back indefinitely. I owe my life to you cause without you I would never have had anything, My ray of sunshine through everything. Cause no matter how big the problem you never gave up, And always came out of it with your head up. I don’t think there ever will be anyone as tough, Dad because of you I’m a fighter and I promise you I’ll never give up. #HappyFathersDay @iamsunnydeol.” 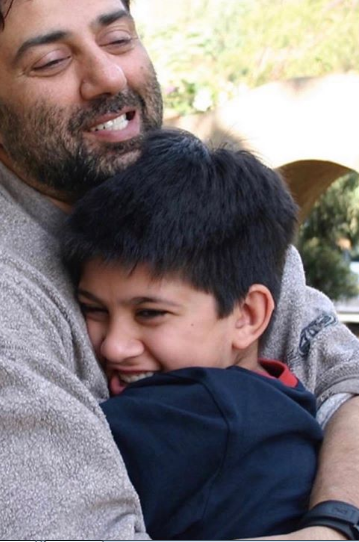 In Bollywood, where star kids are often tagged as a product of nepotism, Sunny’s decision to launch his son, Karan had added a lot more fuel to the nepotism debate. In an interview with the Mumbai Mirror, Sunny had shared his thoughts about launching his son. Talking about the same, he had said, "I remind myself that I did, so he will too. Still, given that he comes from a protective family, it’s good I’ve directed his first film. It’s important for a newcomer to be fathered and while filmmakers in our time were more approachable, the scenario has changed today." The Ghatak star had also added, "I was the first in our generation to be launched and this film made me realise what my dad (Dharmendra) must have gone through during Betaab (Sunny's debut film). Unless you become a father yourself, you can’t empathise with this pain, fear and love."

Also Read: Soha Ali Khan Shares Unseen Moments Of Kunal Kemmu With Newborn Inaaya To Wish Him On His Birthday