Permanent Roommates fame, Sumeet Vyas had hinted on the arrival of a 'junior permanent roommate' in his life, in April 2020! Since then, the newbie parents, Sumeet Vyas and Ekta Kaul have been giving us sneak peeks of their new phase and we absolutely love the cute couple's even more cute social media banters. Their fans had eagerly waited for the arrival of the little one! (Recommended Read: Rohan Mehra Reveals The thing He Loves Most About His Girlfriend, Kanchi Singh)

June 3, 2020, was the day when the long wait had finally ended and stork had bestowed his choicest of blessings on the newbie parents, Sumeet Vyas and Ekta Kaul, in form of a little boy, whom they had named, Ved! The doting father had announced the arrival of junior Vyas-Kaul on his IG handle and had posted, "It’s a boy. Shall be called Ved. Mamma and Daddy are acting cliche...smothering the child every few minutes." Soon after, their social media handles were flooded with good wishes and congratulatory messages! Scroll down to check out how the daddy is making a whiny mommy eat salads! 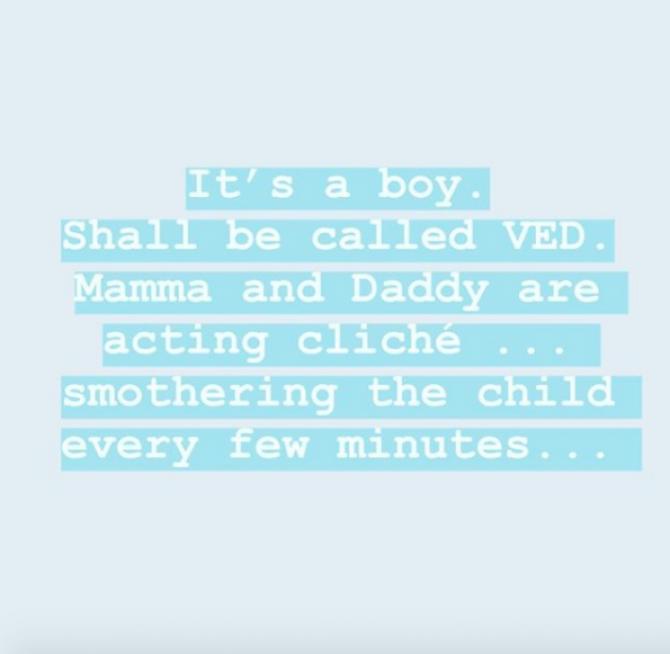 Sumeet Vyas took to his Instagram stories to post a video of the 'whiny' mommy, Ekta Kaul, who is reluctantly eating tomatoes and making faces like a 10-year-old! The video is from the hospital bed, where the loving husband, Sumeet is taking care of his darling wife, by making her eat salads, but Ekta can be seen making faces on the prospect of having to eat tomatoes. The video is too cute to be missed. Sumeet wrote, "#tomatohater" atop it. Check out the screengrabs of the video below: 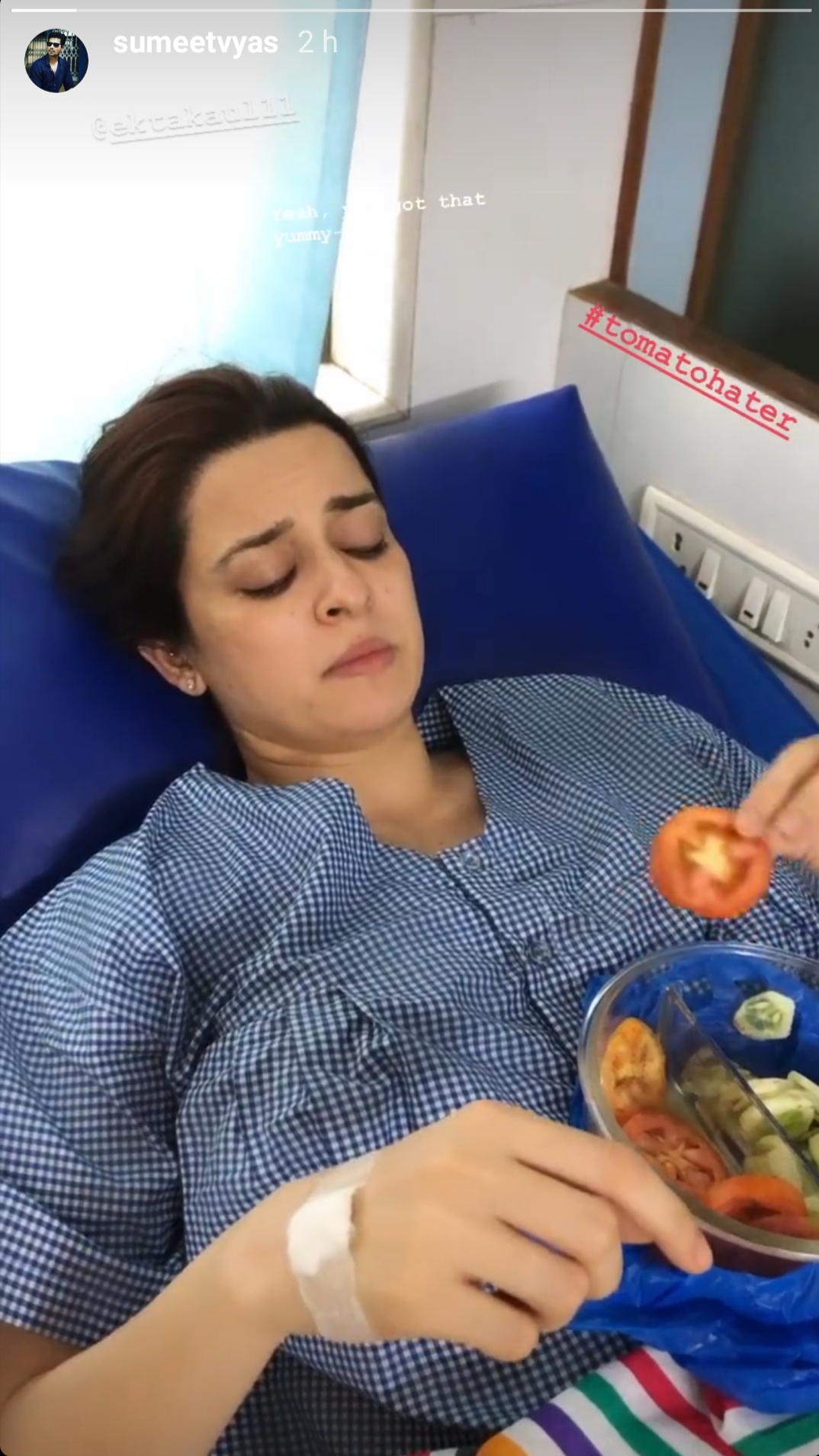 In an interview with the Mumbai Mirror, Sumeet Vyas had revealed the story behind naming their baby boy, Ved. He had said, “Long ago, one of our relatives was having a child and we were discussing names when Ved came up and stayed with me. I decided if I have a boy, I’ll name him Ved. Since we come from the line of, it makes sense.” Sumeet had also talked about the overflow of emotions on becoming a father and had expressed, "You do all those clichéd things that you once laughed at. Humans are so predictable.” Sumeet had also revealed that it was a normal delivery, and had continued, "We couldn’t trust a multi-facility hospital at a time like this. It was a normal delivery and both Ekta and Ved are doing fine.” 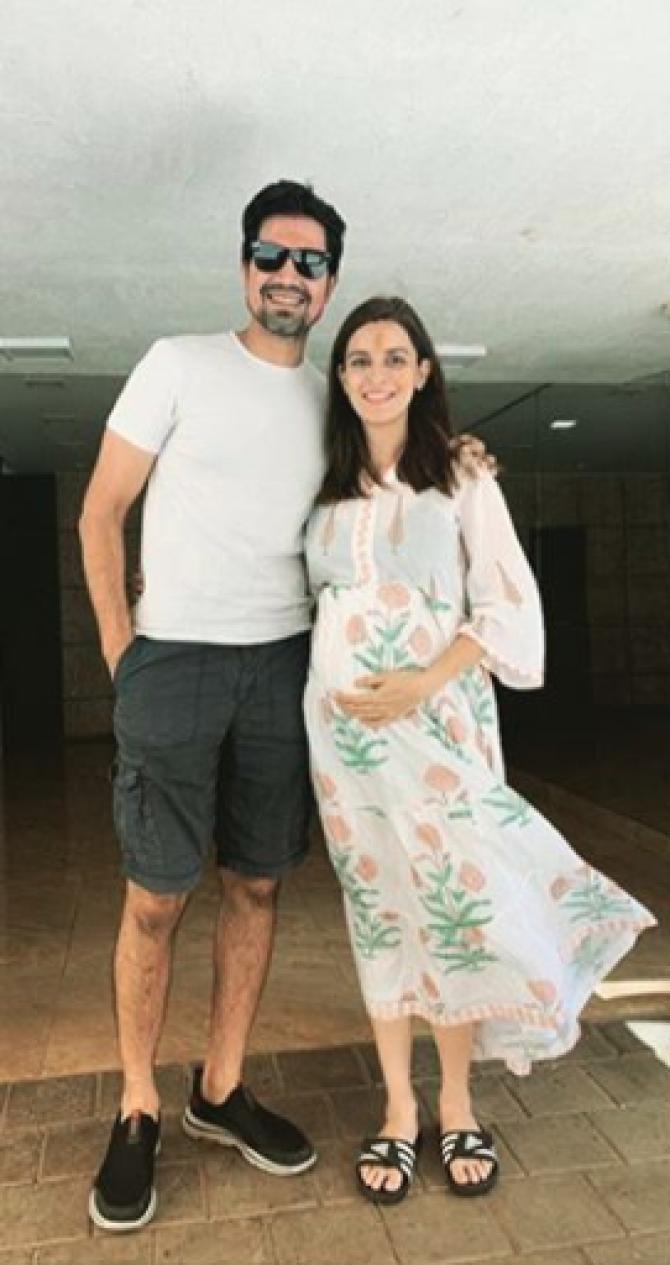 Due to the lockdown caused by the global pandemic, Ekta Kaul’s family, who is in Jammu, and Sumeet’s family, who are stuck at home, couldn’t visit the couple. But the newbie parents are planning to bring his parents to meet their grandchild very soon. Talking about the same, in the same interview, Sumeet had said, "Once we return home, we’ll see if they can be brought over to meet the baby, even if only for an hour.” When asked why he had announced the baby’s arrival a day later, Sumeet had retorted, “It had been a long day and we needed rest. I didn’t want too much buzzing around my baby." (Also Read: Smriti Khanna Is Impatient For Little Angel, Anayka To Look Like A Girl, Gives Her A 'Baby Makeover') 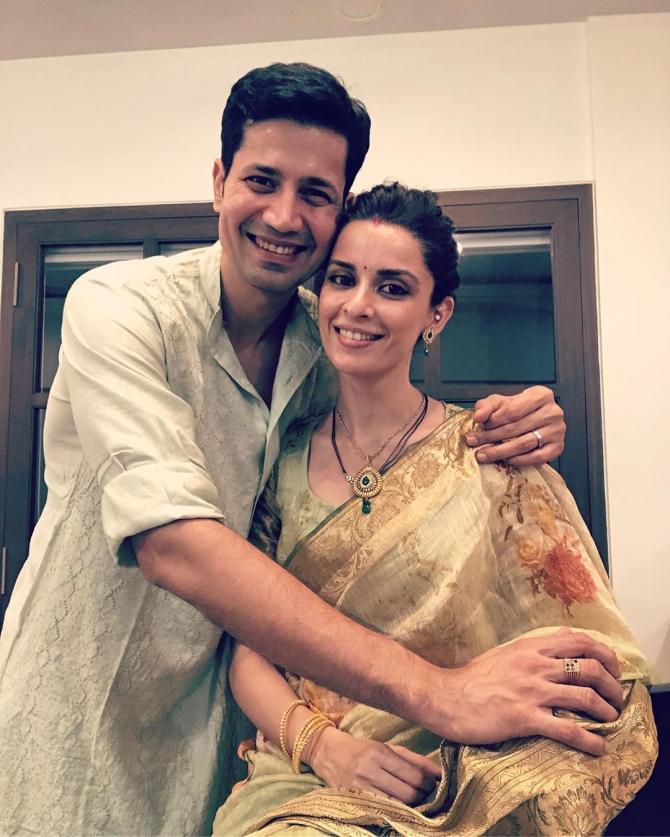 Courtesy to the lockdown, Sumeet, who is otherwise busy with his professional commitments, had finally gotten quality time and the couple had spent the last months of their pregnancy together. Destiny does favour the miracle, that the birth of a new life is! The doting husband, Sumeet had proved to be the best husband as he had left no stone unturned to take care of his wife. Before the delivery, Ekta had posted an IG story which was a glimpse of how their then soon-to-arrive baby's papa and bua, Sumeet and Shruti Vyas were preparing for the little one's arrival! (You May Also Like: Dipika Kakar Bakes An Eggless Cake From Scratch, Get Loads Of Love From Her 'Nanad', Saba Ibrahim) 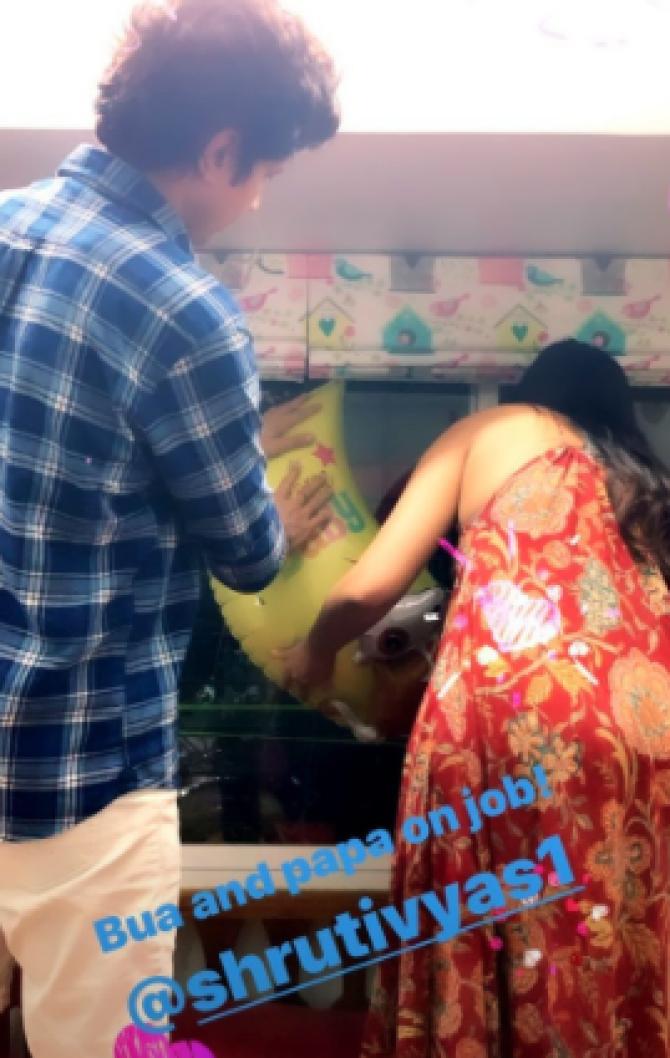 We're elated at Ved Vyas-Kaul's arrival and are dying to get a glimpse of the little one!