Radhakrishn's Sumedh Mudgalkar Had To Convince His Mom That He Isn't Dating Co-Star, Mallika Singh

Radhakrishn's Sumedh Mudgalkar Had To Convince His Mom That He Isn't Dating Co-Star, Mallika Singh

'Radhakrishn' co-stars, Sumedh Mudgalkar and Mallika Singh reveal the real reason behind not giving dating a thought and the time when Sumedh had to convince his mom that he and Mallika aren't dating.

Time and again in interviews and discussions have we heard our favourite television celebs admit that though they love what they do, but a large portion of their lives goes by on sets! And when two co-stars end up spending a large amount of time with each other, it is only likely to develop romantic feelings for one another. And that is how, one of telly town’s hit jodis, Radhakrishn co-stars, Sumedh Mudgalkar and Mallika Singh’s relationship rumours comes into being. (Do Read: Dipika Kakar's Sister-In-Law, Saba Had Planned Her Birthday Celebration, Shares A 'Love You' Note)

Radhakrishn started airing on Star Plus in October 2018 and ever since, we are smitten by the phenomenal chemistry that the leads of the show, Sumedh Mudgalkar and Mallika Singh project. This made everybody wonder if Sumedh and Mallika are dating in real life too. But sadly, in an interview with an online portal, the duo had refuted their dating rumours but had accepted that the two share a strong bond. In a latest interview with The Times of India, this reel-life couple reveals the real reason behind not giving dating a thought and the time when Sumedh had to convince his mom that he and Mallika aren't dating. In the interview, Sumedh Mudgalkar had shared, “We’re playing the lead characters on a show, so but obviously, out of five scenes, three scenes involve our presence. And in turn, the bond will naturally show on screen. But we’re not dating.” His rumoured ladylove, Mallika Singh, who plays his Radha had stated, “A lot of work has actually gone behind building this kind of chemistry since we’re portraying the eternal love story of the iconic Radha Krishna. We have known each other for four years now, done so many workshops together. Our bond has been built over time.” Malllika Singh also revealed, “Sumedh is a close friend of mine. Besides I’m just concentrating on work right now, haven’t really given dating him or anyone a thought as of yet.” Do you know, Sumedh and Mallika had gotten an opportunity to participate in a dance reality show together but didn’t. Speaking about the same, Sumedh had revealed, “We are really happy that the audience has loved our on-screen chemistry.” (Must Read: Kartik Aaryan And Sara Ali Khan Hug Lovingly As He Went To See Her Off At Lucknow Airport [VIDEO]) 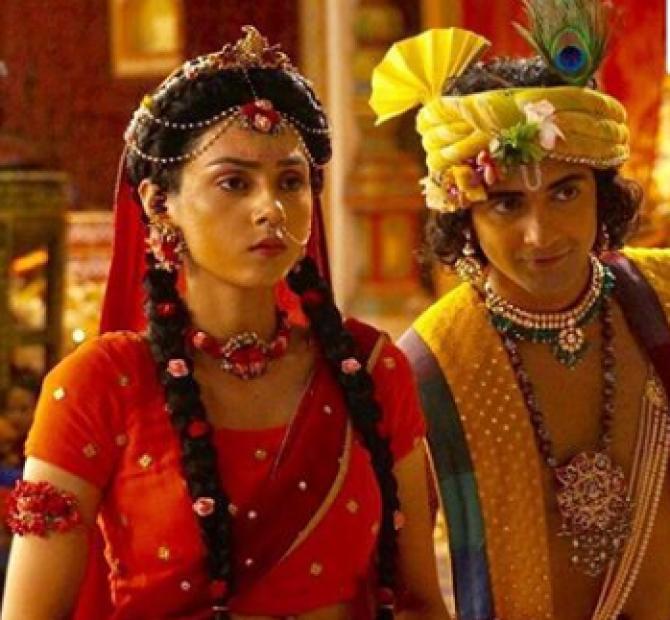 Do you know, Sumedh Mudgalkar’s mother is largely affected by his linkup rumours with his co-star, Mallika Singh and he had to actually convince her that they aren’t dating? The Dil Dosti Dance star said, "My mother, who lives in Pune, got worried and asked about the rumours she had been reading in newspapers about our affair.” He had further added, “I’ve been away from my mother for so many years. She, although understands how often these kinds of things are said about artistes, but she actually got worried. It took a lot of time and effort to convince my mother that I am not dating Mallika.” 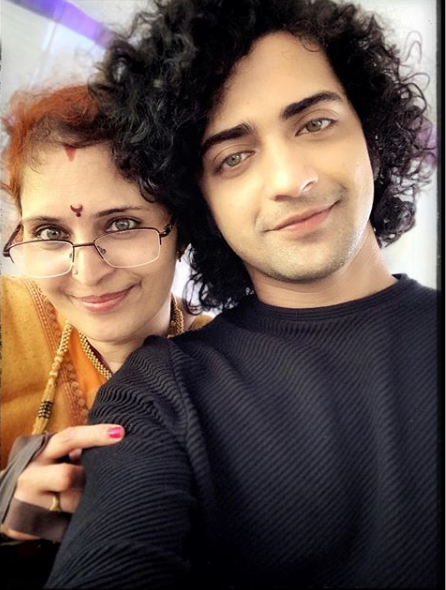 A Times of India report had earlier quoted a source who had shared that Sumedh Vasudev Mudgalkar and Mallika Singh are most-likely seeing each other. The source had shared, “Mallika and Sumedh don’t leave each other’s side. They wait till each other’s shot is over and leave for the make-up room together. They also spend quality time together during lunch breaks.” 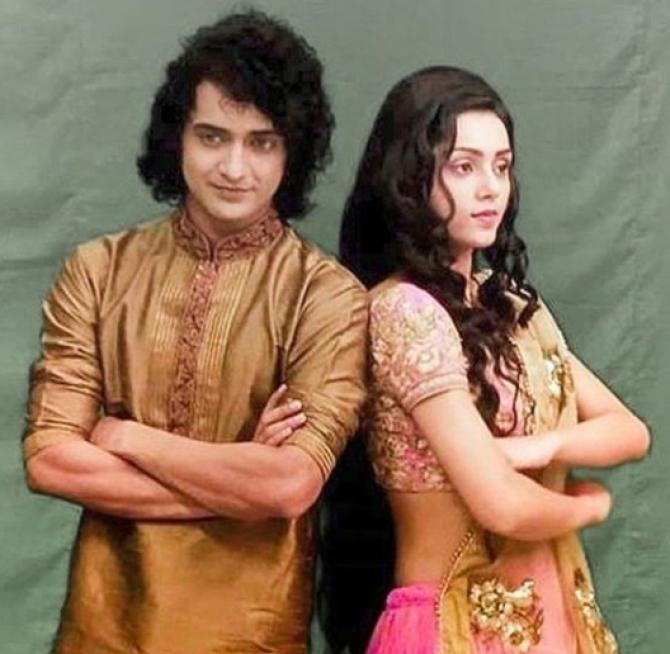 And it was only later when Sumedh Vasudev Mudgalkar had told the daily about their dating rumours, “There is no such thing. A lot of people assume that we are a couple by virtue of our work. I don’t blame them, because we share a sweet bond, which has grown over a period of time. We have been shooting together since five months. We are good friends and understand each other well. If there is anything more to it, I would definitely be open about it. Also, Mallika and I don’t eat alone, we also have Basant (Bhatt, who plays Balaram) in the group. Her mother packs food for us, and my father gets food for her as well, whenever he visits me on the set.” Mallika too had shared, “These are just rumours. You develop a bond with your co-actors over time. Can this materialise into something more in the future? I can’t predict. For now, we are just friends.” In an interview with SpotboyE, Sumedh Vasudev Mudgalkar had revealed if he and his on-screen Radha, Mallika Singh are dating in real life. He had stated, “Earlier I used to feel disturbed but now I have started taking it sportingly. I know what the truth is and my family too knows the truth. Then why do you have to care about what others are thinking. By the end of the day no matter what, kuch toh log kahenge logo ka kaam hai kehna". (Also Read: Ibrahim Ali Khan's 'Mystery' Girl Is No More A Mystery, Arrived Together For Date Twinning In Black) Sumedh Vasudev Mudgalkar’s rumoured ladylove, Mallika Singh holds completely different views. Though she too had stated that there’s nothing brewing between them but she also doesn’t mind the linkup rumours too! Mallika had mentioned, "I won't deny that we have a strong bond. After all, from the last 3 years, we are together ever since the show was planned and we started our workshops. I feel it’s good if people think we are together because somewhere that helps us, even more, to show our chemistry to our fans convincingly. We have already received the best couple award. We both have realised it’s a showbiz business and such things will keep happening.” Sumedh and Mallika, you guys look amazing together and we really want to see you guys dating!