The BFF duo, Shanaya Kapoor and Suhana Khan once again proved that their friendship is all about love, support, and happy moments!

‘Friends by heart, and sisters by soul’, Shanaya Kapoor and Suhana Khan share a friendship that is so uptight and real. The girls have known each other since they were born and continue to leave us startled with their timely updates on BFF goals. Shanaya and Suhana tag along with each other at most places and are often spotted having a gala time together. Their friendship has proved to be an outlier in the Bollywood industry.

In fact, Shanaya Kapoor’s mother, Maheep Kapoor had also spoken about the friendship of her daughter with Suhana Khan. In an interview with PeepingMoon, she had expressed her thoughts about how the friendship of these two wonderful girls has challenged the perception that relationships in Bollywood are fickle. It’s no secret that Shanaya and Suhana are always exchanging ideas and learning from each other. Just as how Shanaya Kapoor is gearing up to make her acting debut in a Karan Johar production, so is Suhana Khan expected to set her foot in the industry sometime soon.

Considering their friendship, Shanaya and Suhana are always seen hyping one another in such admirable ways on social media and never miss out on a chance to drop in comments on every single picture that they post. Adding to this, a very recent gesture by Suhana Khan on Shanaya Kapoor’s throwback photoshoot will leave you extremely happy on seeing the support that lies within their friendship. The aspiring actress, Shanaya Kapoor took to her IG handle on May 30, 2021, to share three throwback pictures of a photoshoot in which she considered herself to be ‘in a Mexico state of mind'. In these pictures, Shanaya looked ethereal in a white ensemble, styled with an oversized straw hat by Namrata Lodha. She captioned the first picture, "Mentally I’m in Mexico ordering for tacos by the beach." She wrote in her second caption, "Where are my tacos?" And her third picture was captioned, "Throwing shade isn't going to help you shine." To this, Suhana Khan responded, “unreal”, stating an awestruck emotion that she felt when she came across her best friend’s sizzling photographs. 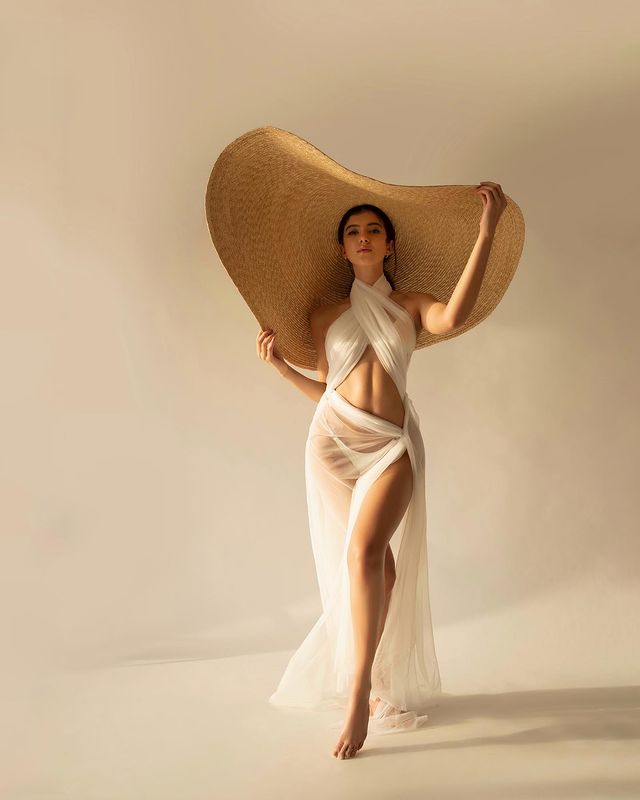 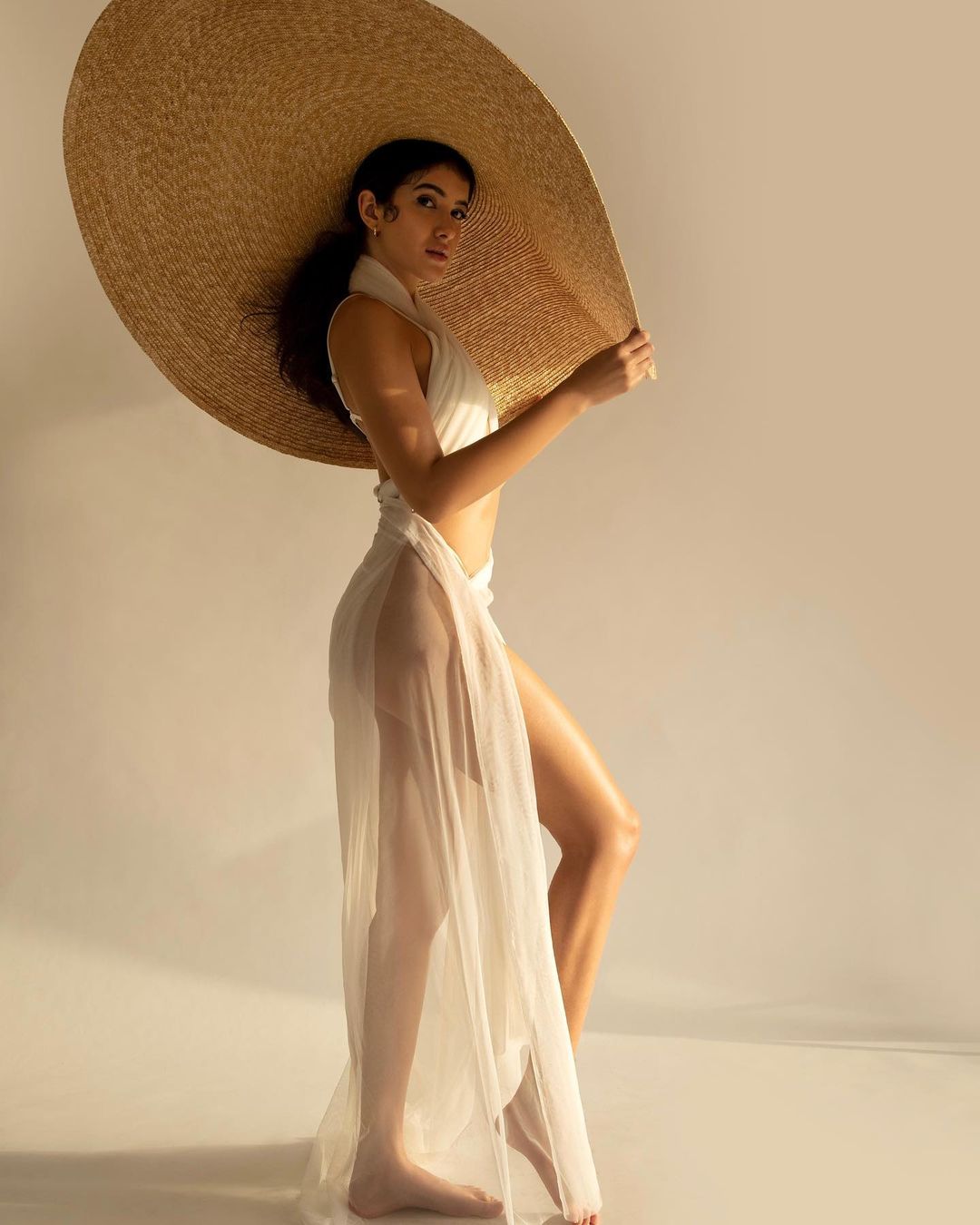 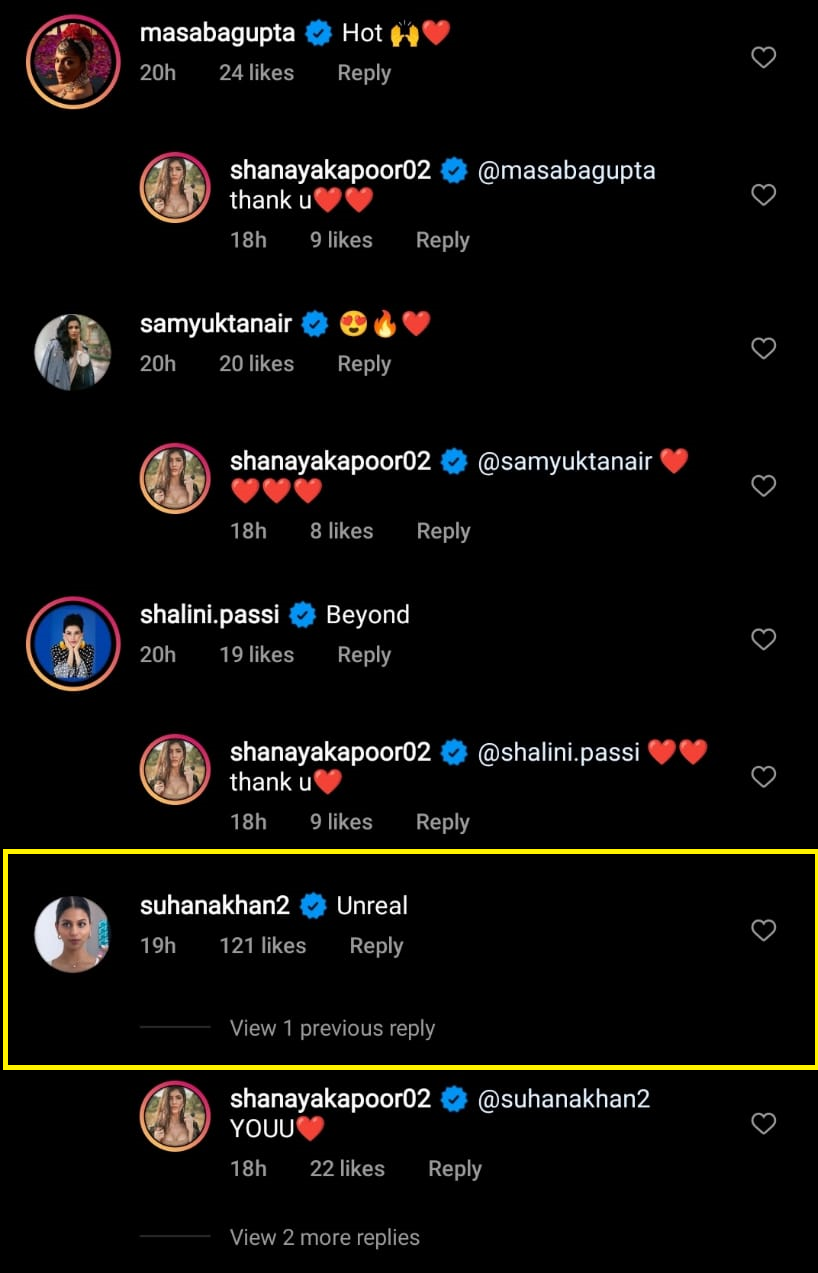 Not to mention, many other celebrities including Shanaya’s friends commented on her post. Her friend Anjini Dhawan wrote, "Why don’t you give me such cool captions," and her mother Maheep wrote, "And I'm drinking a stiff margarita." "What’s going on here?" asked Navya Naveli Nanda, the granddaughter of actor Amitabh Bachchan, while Ananya Panday commented, "Whaaaaaat” on Shanaya's first post. Masaba Gupta wrote, "Hot", while Shanaya's father, Sanjay Kapoor dropped in a few heart emojis. Shanaya Kapoor received lots of love on this throwback photoshoot that led her to the nostalgia of 'Throwback to shoot days.' 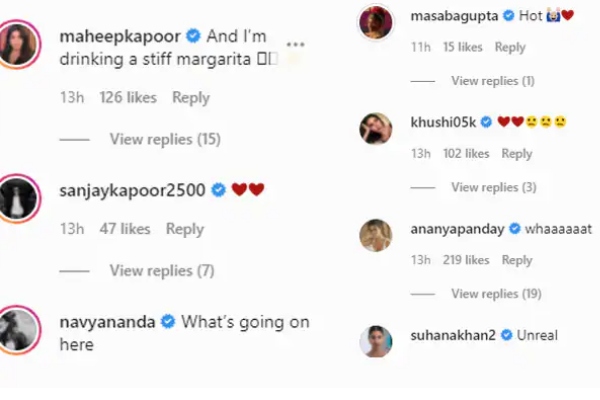 However, it's been only about a year since Suhana Khan chose to make her IG handle public for the world to have an insight into her pictures and life. On Suhana’s 21st birthday, Shanaya Kapoor had posted a very adorable video of her with Suhana Khan and Ananya Pandey when they were kids. In the video, the trio was seen wearing swimsuits and dancing to the song Yeh Mera Dil from the movie, Don. Shanaya had captioned it, "happy birthday my sue we’re forever going to be dancing together #team." Taking to the comments section several celebs, including Maheep and Bhavana, poured their love for Suhana. A fan had written, "very pretty and beautiful awesome," while another said, "They are just adorable."

Don’t you think that Shanaya Kapoor and Suhana Khan’s friendship is an ideal BFF goal? Do let us know!