Shah Rukh Khan and Gauri Khan hosted a New Year bash at their Alibaug farmhouse for their friends and family. Suhana Khan raised the hotness level high with her stunning little black dress. 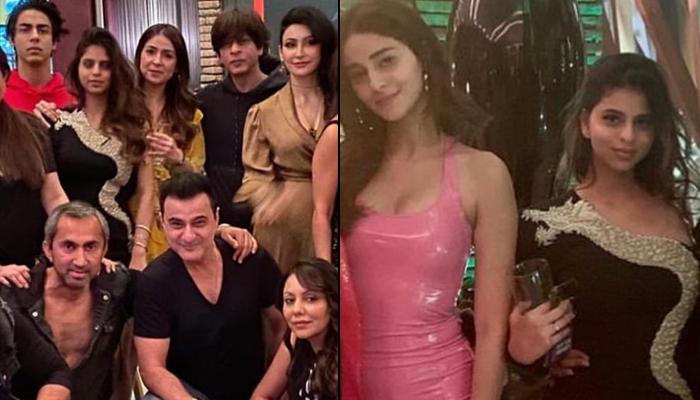 Celeb kids make it to the headlines way before they make their Bollywood debut. In the Bollywood-obsessed nation, just as much as we envy the larger-than-life lifestyle that celeb kids are blessed with, we crush over them more than the stars themselves. Be it the toddler lot including Taimur Ali Khan, Inaaya Naumi Kemmu, Misha Kapoor, Zain Kapoor, Aaradhya Bachchan, AbRam Khan, Yash Johar, Roohi Johar or the teenage lot including Sara Ali Khan, Ibrahim Ali Khan, Navya Naveli Nanda, Suhana Khan, Aryan Khan, Janhvi Kapoor, Khushi Kapoor; star kids have always been our fascination! (Also Read: Ananya Panday Spills The Beans On The Hidden Talents Of Her BFFs, Aryan Khan And Suhana Khan)

The Khan siblings, comprising of Aryan Khan, Suhana Khan and AbRam Khan are surely the ones to watch out for in the celeb kids' league. Since Shah Rukh Khan and Gauri Khan’s daughter, Suhana is back to the bay for holidays, she is making the most of it by spending quality time with her friends and family. Suhana had headed off for a quick getaway to their Alibaug farmhouse with her brothers, Aryan and AbRam and their friends to celebrate Christmas. Suhana’s cousin, Alia Chibba had given a sneak peek into their super-fun party. In case you missed it, take a look:

Shah Rukh Khan and Gauri Khan had hosted a New Year bash at their Alibaug farmhouse, where they had invited their friends and family. To wish her fans on New Year, Gauri had posted some pictures from the bash, wherein the boys, including Shah Rukh, Aryan Khan, AbRam, Sanjay Kapoor had donned the matching black denim hoodie jacket and had looked quite dapper. But what made us drool more than the hotness of the men lot was Suhana Khan, who raised the temperature high with her sizzling little black dress.

Suhana Khan had opted for a Balmain dress which had square textured knitting in black, one long sleeve and a silver embroidered dragon embellished with beads. Suhana had accentuated her look with loose curls and golden heels. While Suhana stunned in her New Year outfit, it was its cost that has bowled us over and we bet, it will do the same to you too. If a Hindustan Times report is to be believed, Suhana’s stunning dress by the international luxury couturier, Balmain costs a whopping £2,875, which is approximately Rs 2,70,000. Woah!

Suhana Khan hasn’t even made her debut in the film industry and already has a zillion fan pages dedicated to her. That is exactly how, as per another such instance, we came across an adorable picture of Suhana, where she was all smiles for the camera as she stood in a kitchen. Suhana had worn a black halter-neck, full-sleeved sweater, which she had tucked in her high-waist blue denim. Her hair was partially left loose. (Also Read: Shah Rukh Khan's Daughter, Suhana Khan's Expression In College Play Will Make You Say 'Uff Teri Ada')

Shah Rukh Khan, Gauri Khan, Aryan Khan, Suhana Khan and AbRam Khan had gone on a family vacation to the Maldives a few months back. We came across a breathtakingly awesome picture of Suhana posted by one of her fan pages, where she looked like a vision in blue! In the picture, Suhana was seen seated amidst the backdrop of a beautiful sea view in a gondola (traditional, flat-bottomed rowing boats). She blended in with her surroundings in blue as she wore a blue tube top, blue denim shorts and a white and blue checkered shirt atop her tube top. What we can decipher from the picture, the wind from sea waves blew her shirt and strands of hair on her face, which had made her look even more picturesque!

In May 2019, we got our hands on some mesmerising pictures of Suhana Khan at a wedding, which had made us want to sit back and adore her beauty! In a set of two pictures, Suhana had looked resplendent in mehendi-adorned hands, stylish deep-cut, halter-neck, bordered maroon and olive blouse, complementing her saree and similar-coloured earrings. The 19-year-old had posed with another gorgeous lady, which had made us want to ask Shah Rukh Khan, “When are we going to see her in Bollywood?”

Shah Rukh Khan had spoken about his daughter, Suhana Khan’s wish to become an actress and how he is supportive of whatever his kids choose as their career. Revealing the condition that he wants his kids to fulfil before opting for a film career, Shah Rukh had stated to the DNA, "Suhana wants to be an actress. I see that zeal in her. She's extremely good on stage, I've seen her performances. But my point is simple — you need to complete your education before doing anything. That's the only thing I have told my children. Otherwise, they are free to be in the film industry, not be in it and do whatever they like. I will be supportive of whatever they want to do." (Also Read: Shah Rukh Khan's Cute Banter With Aryan Khan, Cheering Suhana Khan In Football Game Is Priceless Gem)

Would you save up money to buy a couture dress like Suhana Khan? Let us know! 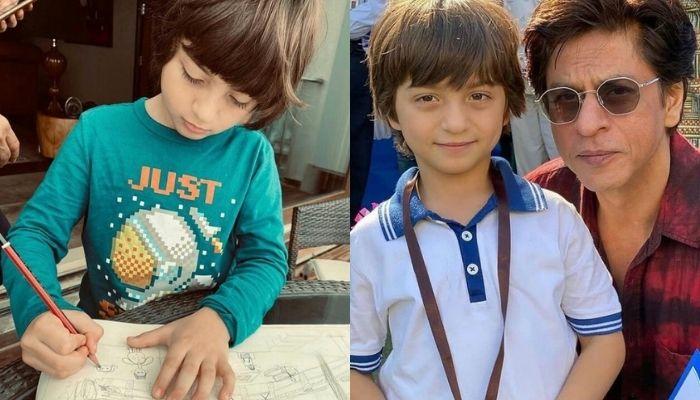