After a series of WhatsApp chats being shared, another WhatsApp chat of Sushant’s father, KK Singh with Rhea Chakraborty and his manager, Shruti Modi has come to light. Find out! Sushant Singh Rajput was a gem of a person in real life, and it is sad that we understood his worth when it is too late. The actor, who had started his journey as a side character, had risen to fame with his TV stint in Pavitra Rishta as Manav, and since then, his success was a barometer for other TV actors, who had only dreamt of making it big in Bollywood. However, who would have known that his journey was only from Manav to Manny in Dil Bechara. The actor had left this world of illusion for the world of peace on June 14, 2020. Since then, the uproar around his death has led to a CBI probe of his case. (Also Read: Ira Khan Enjoys Her Father, Aamir Khan's 19-Year-Old Peppy Song, Focuses On One Particular Detail)

It is believed by millions and Sushant’s family that he cannot commit suicide and this is a murder. His girlfriend, Rhea Chakraborty had turned out to be the prime accuse of his death and an FIR has been filed against her for many charges, but one of the accusations is that she distanced Sushant from his family and sisters. Now, Times Now has got a hold of WhatsApp chat of Sushant’s father, KK Singh with Rhea Chakraborty and his manager, Shruti Modi. 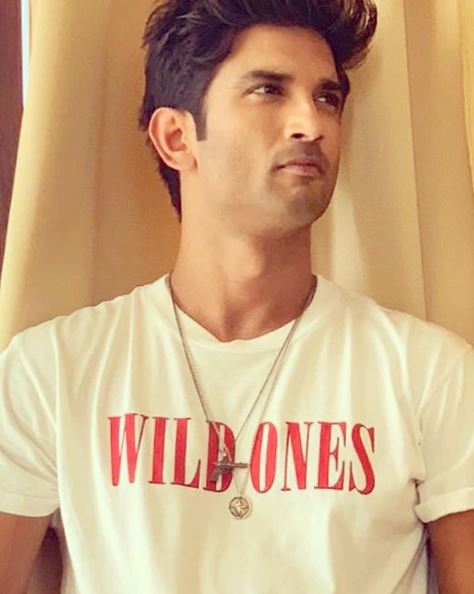 An exclusive report of Times Now got a hold of a message dated November 29, 2019 that allegedly indicates that Sushant’s father, KK Singh had made an attempt to reach out to his son through Rhea Chakraborty and Shruti Modi, who are now accused of ‘abetment to suicide’ and also grilled by ED for the money laundering case. The message shared with Shruti indicated that Mr Singh had wanted to come to Mumbai to meet his son and had asked to book his tickets. The messages revealed that in Sushant’s conversation with his father, he had informed him that he is disturbed and thus, the father wanted to visit him. In the WhatsApp conversation of Sushant’s father with Rhea, he had asked her to inform him about Sushant’s health and well-being. Take a look: 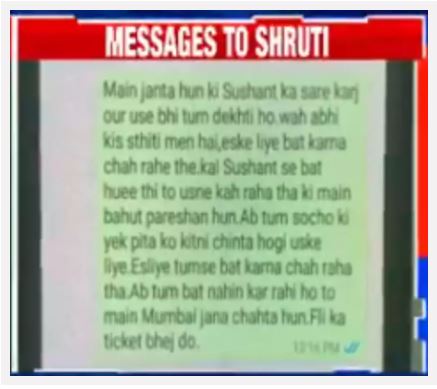 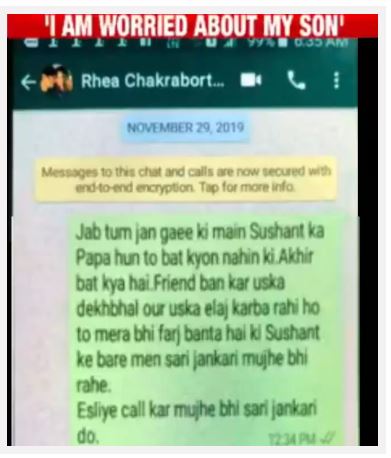 The messages clearly show that he tried to reach out to Sushant.

Rhea Chakraborty had shared screenshots of her WhatsApp conversations, wherein, the late actor had expressed his concerns about his sister, Priyanka's behaviour. The messages were shared by Rhea with India Today, and the actor had said that he believed his sister was manipulating his friend and roommate, Siddharth Pithani. The message had started with Sushant praising Rhea's brother, "Your family is very epic. Showik is compassionate, and you too who are mine, you are a sufficient cause for the inevitable change and respite globally. It will be a pleasure for me to be around you folks Cheers, my friend for being a rockstar." The actor had then talked about his sister's behaviour and had said, "If your ego blinds you, God bless you because I'm not afraid and I will continue doing what I've done till now in bringing out the necessary changes in the world. Let God and nature decide what 'act' is right now." (Don't Miss: Sara Ali Khan And Ibrahim Ali Khan Cycling In The Rains During Monsoon Is Every Brother-Sister Ever)

In a response to this and all the allegations made on Sushant’s sister, Priyanka by Rhea Chakraborty, Shweta Singh Kirti had posted an interview clip of her brother, Sushant Singh Rajput, where he had answered who he is closest to amongst his sisters and what is the most Pavitra Rishta for him. Shweta had captioned the video as "He admits he was closest to his sister Priyanka (Sonu Di) because she gets him... #Warriors4SSR #justiceforsushant #godiswithus." (Recommended Read: Sushant Singh Rajput Wanted To Sneak Into The Class With Niece, Mallika Singh To Study Astronomy)

We wish the truth comes out soon and justice is served to the culprits of Sushant Singh Rajput! 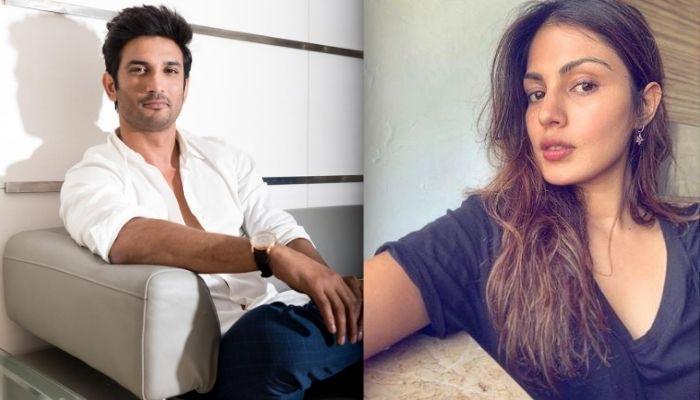