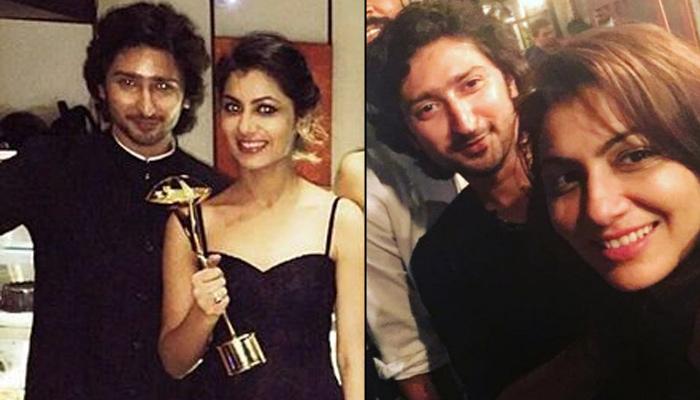 From planning the décor and managing guest list to deciding what to wear, birthday is one of the most special days in everyone’s life. And a heartfelt birthday wish from someone you love, make it even more special and brightens up your day. When it comes to celeb birthdays, they keep on giving some major goals on how to make your wishes better. (Also Read: 'Bepannah' Fame Harshad Chopda Was Dating Sriti Jha, But His Actor-Best Friend Stole His GF From Him)

A celebrity whose birthday just brightened up with a lovely wish from his ‘special someone’ is none other than Na Bole Tum Na Maine Kuch Kaha actor, Kunal Karan Kapoor. Kunal turned 36 on August 22, 2018, and his alleged girlfriend, Kumkum Bhagya fame actress, Sriti Jha shared a lovely wish for him on her Instagram handle.

Sharing two of their pictures, Sriti wrote, “Here’s wishing you perfect days, my favourite elder millennial, who told me the tales of cue cards. Happy birthday Mr.K @kunalkarankapoor”. Check out the pictures that she shared:

For the uninitiated ones, Sriti was earlier dating her Dil Se Di Dua…Saubhagyawati Bhava co-star, Harshad Chopda. Harshad and Sriti started dating each other while shooting for the show, but after a year, their relationship went kaput. The conjectures were that Sriti’s infatuation towards Kunal was the reason why they called-off their one-year-long relationship. (Also Read: 'Half Girlfriend' Actor Vikrant Massey Is Madly In Love With This Beautiful Actress)

Soon after she parted ways with Harshad, she found love in his best friend, Kunal Karan Kapoor. The speculations were floating on the internet about their alleged affair, ever since when Kunal asked her for a date night on the Earth Day and she rejected, saying, she has a date fixed with her book.

Harshad and Kunal are not on talking terms now, for obvious reasons. Also, it was earlier reported that Sriti was allegedly dating her Dhoom Machao Dhoom co-star, Vikrant Massey too, but the duo never confirmed. Kunal and Sriti are now happily enjoying their rumoured courtship period and are often spotted travelling, hanging out with friends. (Also Read: 'Kumkum Bhagya' Fame Sriti Jha And Rumoured BF Kunal Karan Kapoor Hacked Each Other's Insta Profile?) 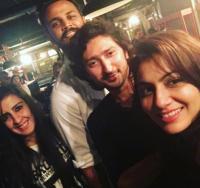 While the alleged lovebirds, Sriti and Kunal have always maintained their ‘just friends’ stance, a friend close to the ‘couple’ had once shared to a media portal, “Sriti and Kunal are very serious about each other and they will take their relationship to the next level." Just a few days back, Sriti and Kunal were on a vacation together and were having the best of their time. The duo hacked each other’s Insta profile and shared a story about the same on social media. Check out the screenshots here: 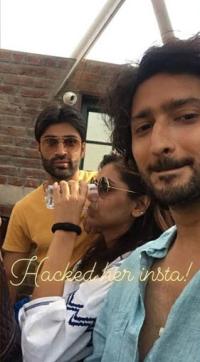 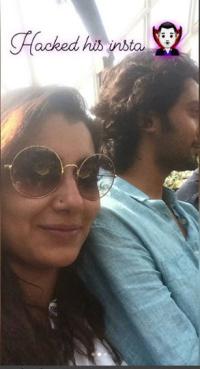 Sriti Jha and Kunal Karan Kapoor, you look perfect together. Make it official, soon! What do you guys think? Do let us know in the comments section below. Has it ever happened that after you and your boyfriend part ways, your friendship with his group of friends continues to thrive? Gone are the days when you would feel awkward and decide to break ties with everyone involved (some still do though!). Modern-day relationships boast of the ‘it’s all