From grooving on Mere Haathon Me, Hawa Hawai, Kaate Nahi Kat Te to soothing ourselves with Tere Mere Honthon Pe, Kabhi Main Kahoon, Har Kisiko Nahin Milta, these are some of the classic songs of late Sridevi from her career span of five decades that had us in awe of her. On February 24, 2018, the nation woke up to the shocking news of Sridevi’s unfortunate demise. Despite the confirmation from the Kapoor clan, we were hoping it to be a hoax. Her demise is marked as an end of an era of good cinema and beautiful memories. (Also Read: These Pics Of Sridevi With Boney, Janhvi And Khushi Prove That She Was The Backbone Of The Family)

Time flew by so fast that we couldn’t believe it will be one year on February 24, 2019, since the legendary actress passed away. Ahead of her first death anniversary, let us share a ‘this day, that year’ post with all Sridevi fans, which was filled with happiness, laughter and a whole lot of love. In February 2018, Sridevi along with her husband Boney Kapoor and youngest daughter, Khushi Kapoor attended nephew, Mohit Marwah’s wedding in Dubai. At that time, who would have thought that this happy occasion will end at a devastating note and what tragedy was about to hit them?

Sridevi spent her last moments with the Kapoor clan and close friends in Dubai at Mohit Marwah and Antra Motiwala’s wedding. Sridevi was an ardent social media user and she used to love sharing snippets from her life with her fans. And she did exactly the same from #AntuMoh wedding. Be it her gorgeous photo posing with daughter Khushi or the family photo with the bride and groom, Sridevi’s last moments are bound to make everyone emotional! 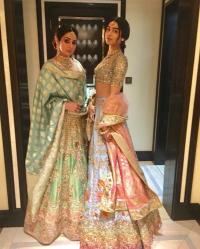 On February 14, 2019, as per Hindu calendar, it was Sridevi’s mrityu tithi and the Kapoor clan held a puja in the memory of her. Sridevi's husband, Boney Kapoor, their daughters, Janhvi Kapoor and Khushi Kapoor, her brother-in-law, Anil Kapoor performed the puja at her maternal home in Chennai. As per a source, "The puja happened in the morning at her Mylapore bungalow with only close friends and relatives." Here are the pictures of the same: 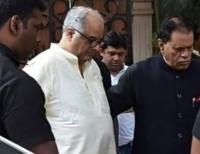 After the last rites of Sridevi, her husband, Boney Kapoor tweeted an emotional note on losing his wife and his daughters’ mother, through Sridevi’s official Twitter account. The tweet could be read as, “Losing a friend, wife and mother of your two daughters is a loss inexplicable in words... I am blessed to have the support and love of Arjun and Anshula, who have been such pillars of strength for myself, Khushi and Janhvi. Together, as a family, we have tried to face this unbearable loss.” (Also Read: Sridevi's Unseen Pics With Boney, Janhvi, Khushi And Kapoor Family Prove She Was A Perfect Homemaker) 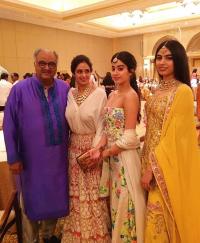 For his better-half, he wrote, "To the world, she was their Chandni... the actor par excellence... their Sridevi... but to me, she was my love, my friend, mother to our girls... my partner. To our daughters, she was their everything... their life. She was the axis around which our family ran." It further stated, “As we bid goodbye to my beloved wife and Khushi & Janhvi’s mama, I have a sincere request. Please respect our need to grieve privately. If you need to talk of Sri, let it be of the special memories that connect each of you to her. She was and is an actor that is irreplaceable. Love and respect her for that.” 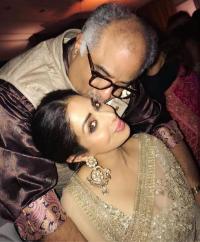 As a father, his major concern was to protect their daughters and give them the strength to move forward. He wrote, “My only concern at this time is to protect my daughters and find a way to move forward without Sri. She was our life, our strength and the reason we always smiled. We love her beyond measure. Rest in peace my love. Our lives will never be the same again.”

Even Janhvi Kapoor shared a tribute for her mother, Sridevi and had written, “There is a gnawing hollowness in my chest that I know I’ll have to learn how to live with. Even with all this emptiness, I still feel your love. I feel you protecting me from sadness and pain. Every time I close my eyes, I only have good things to remember. I know it’s you doing that. You were a blessing in all our lives, we were blessed to have had you for as long as we did. But you weren’t meant for this world. You were too good, too pure, too full of love. That’s why he took you back. But at least we had you.” 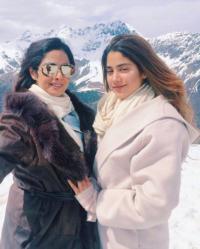 It further stated, “My friends always said I’m perpetually happy, and now I realise it was because of you. Nothing anyone said mattered, no problem was big enough, and no day could ever be dull because I had you. And you loved me. And I didn’t have to rely on anyone or anything because the only person I ever needed was you. You are a part of my soul. My best friend. My reason for everything. Your whole life you kept giving, and all I wanted was to do that for you too, Mumma. I want to make you so proud. Every morning, all that I would do was with the hope that one day you’d be as proud of me as I was of you. But I promise I’ll wake up every day still with that same thought. Because you’re here and I can feel you. You’re in me, Khushi and in Papa. The imprint you’ve left on us is so strong, it might just be enough to keep us going, but never enough to be fully whole. I love you, my everything.” (Also Read: Unseen Pic Of Little Janhvi Kapoor Laughing Her Heart Out With Father Boney And Late Mother Sridevi) 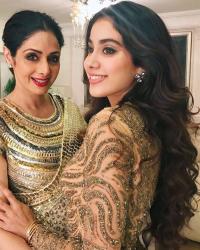 Can’t believe it has been almost a year since Sridevi passed away! Lots of strength to the family to deal with the humongous loss.