All these years, Sourabh Raaj Jain and Ridhima Jain had only treated their fans with partial glimpses of Hrishika Jain and Hrishivh Jain. But finally, we have the first picture of their twins!

When a couple embraces parenthood, everyone in the family wishes to see the little one as soon as possible and the ones far away are delighted with the pictures. If we talk about a celeb baby, the fans and media eagerly wait for the couple to share the first pictures of their little one. Some treat their fans with the picture a few days after the birth while others prefer to keep their little ones guarded and only tease us with the partial glimpses. The excitement level remains the same when any celeb couple introduces their little one to the world. Three years after becoming a father of twins, Sourabh Raaj Jain introduced his little bundle of joys to the world. (Also Read: Nisha Rawal Dedicates Her 'Circle Of Life' Tattoo To Unborn Child, Angel Mehra And Son, Kavish Mehra)

Known for his role of Lord Krishna in Mahabharat, Sourabh Raaj Jain had married the love of his life, Ridhima Jain in 2010 after dating her for three years. Seven years into marital bliss, Sourabh and Ridhima had embraced parenthood by welcoming twins into their little world. Sourabh and Ridhima had named their twins, Hrishika Jain and Hrishivh Jain. When Ridhima had delivered their twins in 2017, Sourabh was away for a shoot in a different state and his wife had managed everything on her own. Announcing the arrival of  Hrishika and Hrishivh, Sourabh had tweeted, “We r blessed with two bundles of joy....baby girl and baby boy.”

Yash And Roohi Johar Enjoy Their Playtime Together, Adorable Enough To Lighten Your Mid-Week Blues 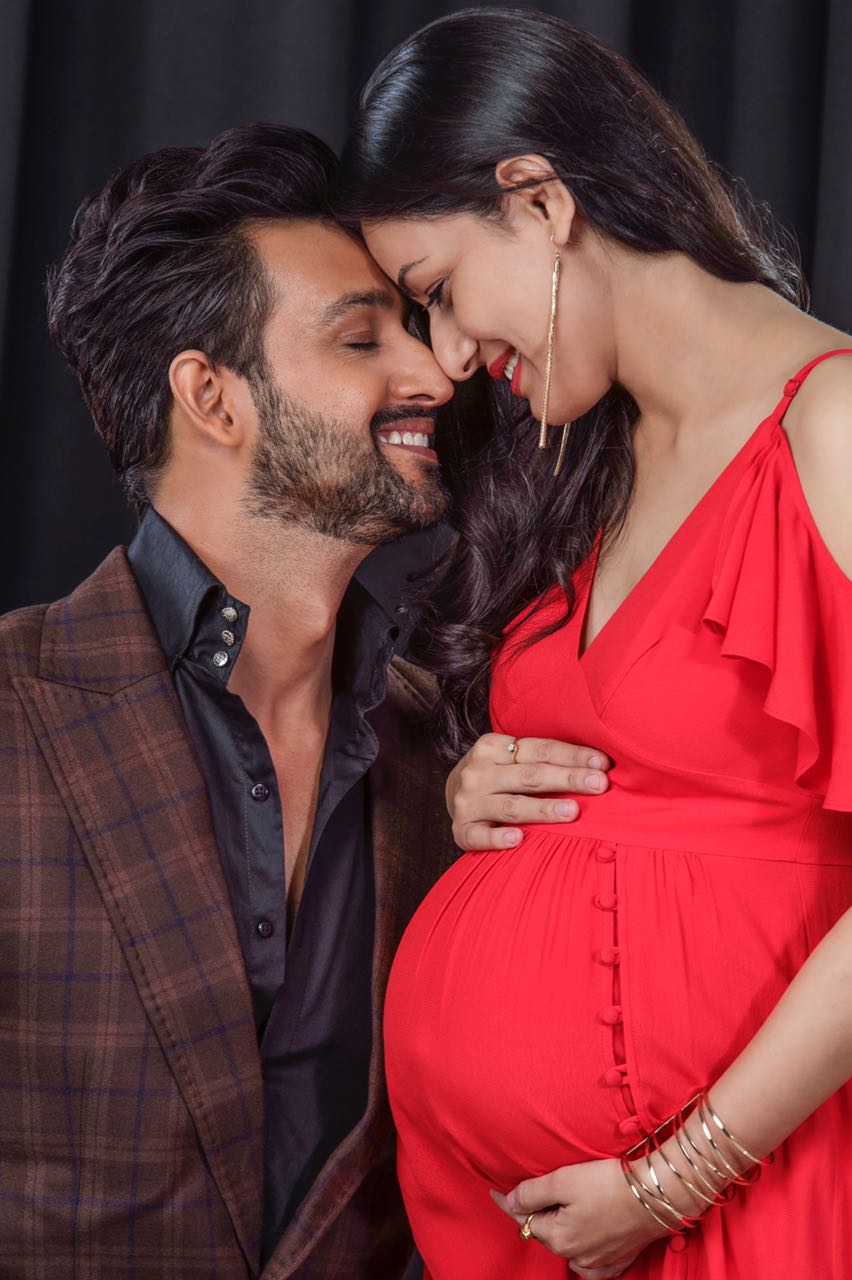 All these years, Sourabh Raaj Jain and Ridhima Jain had kept their twins away from the media glare and only treated their fans with partial glimpses of Hrishika Jain and Hrishivh Jain. But finally, on Children’s Day 2020, Sourabh decided to introduce his two lovely kids to the world. Sharing a super-adorable throwback picture of Hrishika and Hrishivh, Sourabh wrote, “Introducing Hrishika and Hrishivh. On children’s day. You may strive to be like them, but seek not to make them like you.........you are the bows from which your children as living arrows are sent forth.....KAHLIL GIBRAN. May in our hearts we all remain children.....happy children’s day #throwback #babies #wafer @ridhiography.” (Also Read: Taimur Ali Khan Piggybacks On Abba, Saif Ali Khan In Dharamshala, Kareena Kapoor Khan Gives Glimpses) 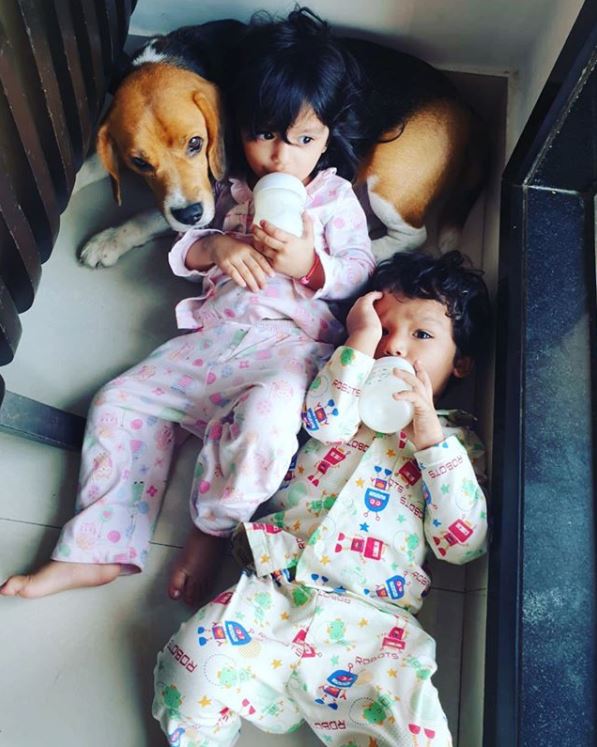 To mark his nine years of married life with Ridhima Jain in 2019, Sourabh Raaj Jain had posted two beautiful unseen pictures from their wedding. Speaking about the special day when they had ‘officially’ become life partners, Sourabh had written, “One we've never shared on social media earlier.....one of the most special moments of our lives, when we 'officially' became life partners! A new journey started on this day(28th nov)and each day with you has been special....I would love to say 'each day with you by my side' but we both know that while metaphorically we are ALWAYS there for each other, distance has existed which has strengthened our relationship but also thrown lots of challenges our way. The journey started 9 years ago but each year has been a different learning. The first year, 2010, was our year of understanding each other and what marriage really comprises of. The following year brought in adjustments to each other, to living together and to essentially 'being one'. By 2012, we had accepted each other for who we are, embraced the weaknesses and settled into martial bliss. 2013 was a year of support, while 2014 was the year when we bought our first home, a dream which we had seen for long.” 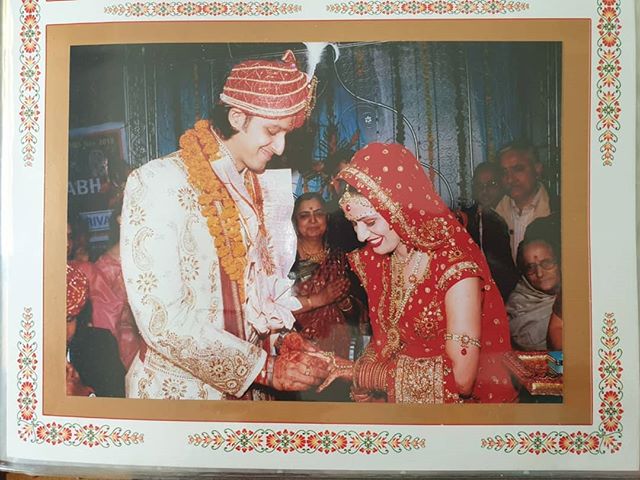 Explaining how Ridhima Jain had kept him involved in every stage and a lot of firsts that he had missed due to his professional commitments, Sourabh Raaj Jain had concluded his note with “2015 was a year of full trust and before we knew it in 2016, we realized our family was expanding. Pregnancy wasn't an easy phase as Ridhima delivered our little twins with me being away at shoot literally in a different state. The following year, 2017, we were getting aquatinted to parenthood but at the same time, yes I was away shooting. I missed a lot of 'firsts' but Ridhima made sure that she would keep me involved in every stage. With parenthood came sleepless nights in 2018 as we had not one but two little ones to take care of. And now with 2019, a new journey is about to begin! They say your blessings come in disguise, I say mine is by my side! You have truly been my pillar of strength, my support system, my life partner, my soul mate and so much more! I am looking forward to the time we will finally spend together this year, I am looking forward to taking on new challenges together, I am looking forward to new beginnings in this journey of ours!” (Also Read: Amitabh Bachchan Retweets A Video Of His Granddaughter, Aaradhya Bachchan Singing A Devotional Song) 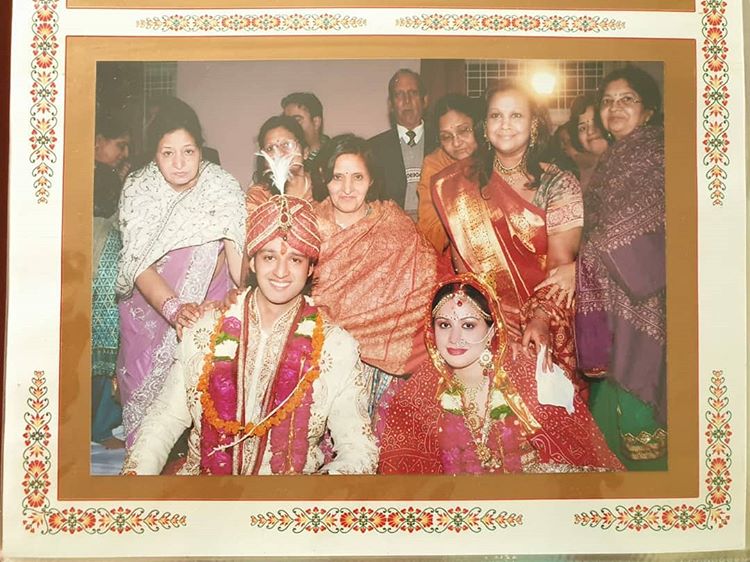