'Veere Di Wedding' actress, Sonam Kapoor Ahuja had walked down the aisle with her long-time boyfriend, Anand S Ahuja on May 8, 2018. And now, Sonam reveals who her lucky mascot is!

“Kal tak toh sab theek tha, yeh pyar kaise ho gaya, kabhi soocha na tha ki aaise hoga, yeh kaise ho gaya...” Sonam Kapoor Ahuja’s famous dialogue from I Hate Luv Storys aroused goosebumps and it would have done the same to her when she had fallen for an NRI businessman, Anand S Ahuja. While trying to connect her with one of his friends, Anand himself had fallen for her. May 8, 2018, was the day when they had stamped their relationship by taking lavan phere around Guru Granth Sahib ji in an Anand Karaj ceremony. On the work front, Sonam will soon be shining on the silver screen yet again with her much talked about upcoming movie, The Zoya Factor.

For the ones who don’t know, The Zoya Factor is a movie that is based on Anuja Chauhan's book of the same name, which has an interesting storyline. In the movie, Sonam Kapoor features as Zoya Solanki, who turns out to be the Indian Cricket team's lucky charm during the 2011 World Cup. However, Sonam’s co-star and a popular South Indian actor, Dulquer Salmaan, will be seen as the captain of the Indian cricket team, Nikhil Khoda, who happens to be a non-believer of superstitions and luck. (You May Like: Katrina Kaif Reacts On Rumours Of Her And Ranbir Kapoor Shooting Separately For The Latest Ad) Every now and then, we get to hear either Sonam talking goody-goody things about Anand or he couldn't stop praising her. Similarly, at a recently held special screening of The Zoya Factor in Mumbai, a PTI report quoted Sonam sharing who her lucky mascot is. While talking about lucky charms, Sonam gushed about who her lucky mascot is and shared, "My husband is my lucky mascot.”

On their first wedding anniversary on May 8, 2019, Anand S Ahuja had a lovely wish for his wife. He had written, “Today, to reflect on one year of marriage and three years being together - nothing could be more of a blessing than to have your life partner be your best friend and also be the person that is supportive but pushes you to be better... to be the person that is unconditionally loving but will tell you when you're wrong... and to be the person that will lead you into and through your fears - not allowing you to run away from them. Happy Anniversary to my love. Sonam Kapoor, you're my guiding star!" (Also Read: Sanaya Irani Turns A Year Older, Husband, Mohit Sehgal Shares A Cute Birthday Wish For Her) After their wedding, Sonam and Anand had given a rather long interview to the Vogue magazine. Talking about their love story and first meeting, Sonam had opened up and said, “I was apparently wearing the worst sneakers he had ever seen. I keep telling him that he fell in love with me despite my bad sneaker game… That day, walking and talking in London, I knew he was the love of my life. He apparently knew the first time we spoke on the phone. It was just so easy.” 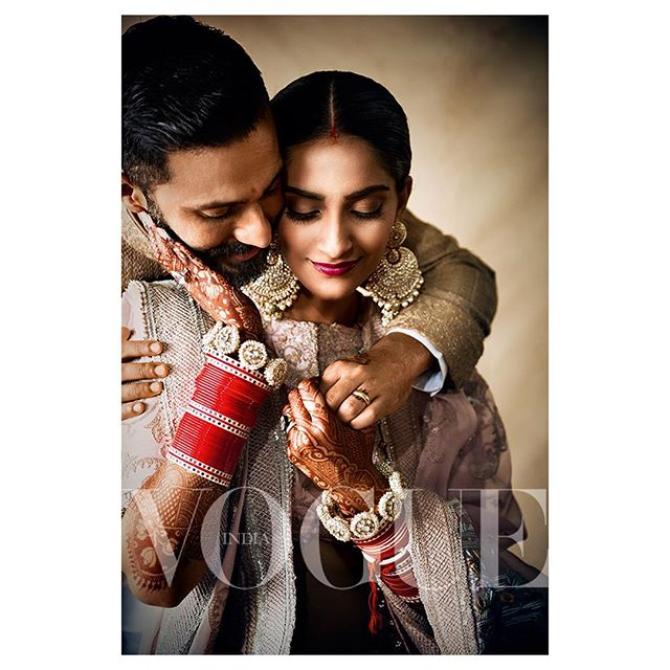 In the same interaction, Sonam had also gone on to add that Anand has been quite supportive of her career and professional life. She had said, “It’s nice making a home together. Anand is so encouraging when it comes to my work that he didn’t blink when I told him I was flying to Cannes two days after the wedding or that I was getting into promotions straightaway. There was no argument, just acceptance—you gotta do what you gotta do. But he posed one question to me: ‘If it was me who had to go to a work meeting right after the wedding, what would you do?’ I said I’ll kill you. So he’s like, ‘I think it’s double standards!’” (Checkout: Sooraj Pancholi Opens Up On His Struggles And His Side Of The Story In Jiah Khan's Suicide Case) 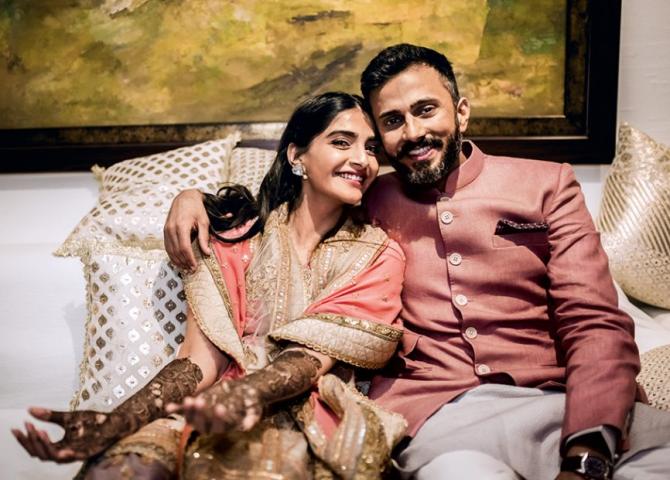 If you are an ardent Sonam and Anand follower, you might know that they use hashtag #EverydayPhenomenal in their captions. Elaborating on the same and the reason behind it, Anand had once written, “The meaning and notion behind #EverydayPhenomenal is best described by this poem, one of my favourites.” And then, he wrote an excerpt from a famous Emily Dickinson poem, “Who has not found the heaven below, Will fail of it above. God's residence is next to mine, His furniture is love. #MahatmaGandhi taught us that our words become our actions which in turn become our habits, our values and ultimately our destiny. #EverydayPhenomenal reminds @sonamkapoor of the importance of appreciation, positivity, and gratitude...that happiness is not something you get, it’s something you are.”

Sometime back, during an interview with Firstpost, Sonam had talked at length about having kids. She was quoted as saying, "Anand and I had a very long conversation you know, and we obviously want to have kids eventually, and he had this one friend who had a very long name, his mother’s name, father’s name, blah blah blah. I said, see anyways it’s a patriarchal concept, I have my father’s last name, I don’t have my mother’s name, and I want to be part of your family as well, and he wanted to be a part of mine.” She had further gone on to share, “So first he said, shall I do Anand Ahuja Kapoor or Anand Kapoor Ahuja? And you do Sonam Kapoor Ahuja? I was like, that’s still my father’s name, no? How will my kids have my name in some way? Then he said, should I keep Sonam in the middle? So I said fine." (Do Read: Anushka Sharma Turns Photographer For Husband Virat Kohli Yet Again, In A Chilly Weather) 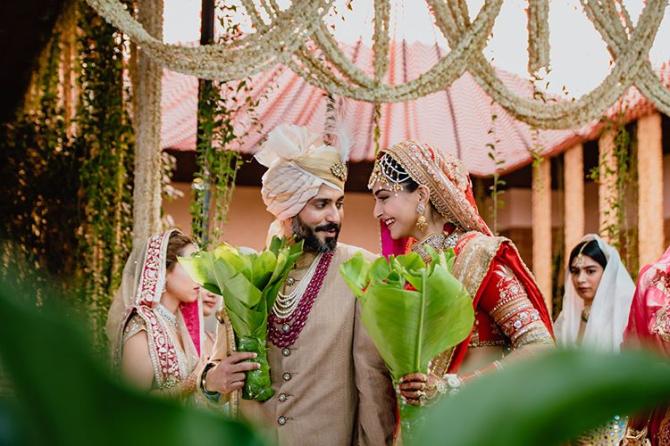 Conveying our heartfelt wishes to Sonam and Anand and we hope their union stays intact for life and beyond!