Sonam Kapoor Ahuja tied the knot with Anand S Ahuja on May 8, 2018, in a Gurudwara wedding. Yesterday, on May 8, 2019, the couple completed one year. Sonam reveals what changed in this one year.

Time flies in a jiffy and we realise it later. And it happened yesterday on May 8, 2019, when everyone got to know that the masakali of the Indian film industry, Sonam Kapoor Ahuja completed one year of her marital bliss with long-time businessman beau, Anand S Ahuja. It was on May 8, 2018, that Sonam and Anand became husband and wife to each other and their 'happily ever after' journey began. (You May Also Like: Adnan Sami Opens Up About The 'Special Bond' He Shares With His Daughter, Medina On Her 2nd Birthday)

#EverydayPhenomenal is the hashtag of the couple and the lovebirds have been living it to the core, since their marriage. Every now and then, Sonam and Anand keep posting lovey-dovey pictures on their social media handles along with mushy captions. And when it was their first wedding anniversary yesterday, Sonam and Anand didn’t leave any chance to wish each other on their social media profiles. 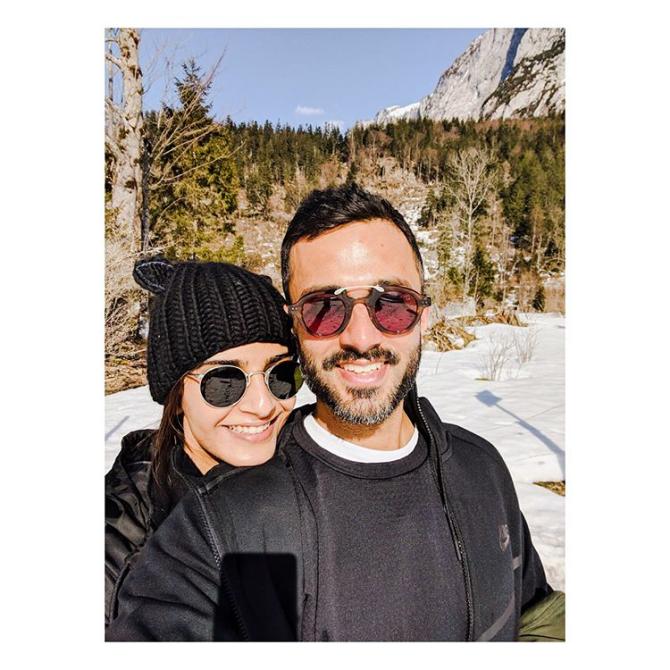 And now, during an interaction with the IANS lately, the 33-year-old actress shared how her life changed post-wedding. She was quoted as saying, "After my wedding, I have put on weight, my skin goes bad, I have really bad dark circles and I want all the girls to know that it's okay." She further added, "In India, there is so much pressure on girls... Whether it's about who you're getting married to, what is his education, why is your skin looking like that, 'don't go to sunny places you will become dark', 'why have you cut your hair', don't go out so much, don't go out drinking.” (Also Read: Kunal Kemmu Shares A Perfect Summer Selfie With His Favourite Girls, Soha Ali Khan And Inaaya) Earlier, in an interview with a leading daily, Sonam had talked about life after marriage and was quoted as saying, “It’s the same thing. Life doesn’t change much after marriage. It doesn’t change for a man. So, why should it be different for a woman where work is concerned?” For the ones who missed out on their anniversary wishes, Anand had penned a lovely post for his ladylove, Sonam. He shared the below pictures and along with them, had written, "Some of my favourite #shoefies w my (scroll to see our first one ever) ... I love posting these not because I love shoes (and you KNOW I love shoes) but because the idea of looking down reminds me to stay present, grounded and most importantly grateful! I could tell you exactly where we were and what we were feeling at the time I took these."

After this post, Anand had shared another one with his darling wifey and captioned the post as, "For a long time, this was my favourite pic of us. it was 3 months of being together and now it’s been 3 years! You were my “girlfriend” then and when we got married last year, you ALSO became my wife. Today we celebrate not only 1 year of marriage but 3 years of being “boyfriend-girlfriend". @sonamkapoor #WillYouBeMyGirlfriend #AlwaysBeMyGirlfriend #EverydayPhenomenal." (Checkout: Ishaan Khatter Reveals The Name Of His Favourite Ex-Girlfriend Of Brother, Shahid Kapoor) On the other hand, Sonam had shared their wedding trailer by Reels And Frames and had written, “My Darling @anandahuja no one makes me feel as loved and cherished as you do. The kind of confidence and fulfilment I get from our relationship is unprecedented. I drowned myself in stories and lived in my dreams my whole life, and you came into my life and pulled me into a reality which was actually as beautiful as the best fairytale ever. You are, my ever after. I love you sweetheart happy anniversary. @reelsandframes (a special thanks to my darling youngun @lisamishramusic for giving a voice to my fairytale it was the most beautiful surprise and heartfelt gratitude to Anand rathi for making this sweet video for me!).”

In a media interaction some time back, Sonam had opened up about Anand and the qualities she likes of him, “He’s non-judgemental—with everybody. Very open-minded and progressive. I’m a little conservative and close-minded about a few things, and he’s taught me to see the other side, to look at things with a lot more compassion and care, to be a little more pragmatic and practical, as I can be very emotional and quick to judge sometimes, which is not nice.” (Don't Miss: 'Bhabhiji Ghar Pe Hain' Fame Deepesh Bhan Ties The Knot In A Secret Ceremony, Pics And Video Inside) As a sweet gesture for his lovely wife, Anand added her name’s ‘S’ to his. Revealing the story behind the same, Sonam once revealed, “Anand and I had a very long conversation you know, and we obviously want to have kids eventually, and he had this one friend who had a very long name, his mother’s name, father’s name, blah blah blah. I said, see anyways it’s a patriarchal concept, I have my father’s last name, I don’t have my mother’s name, and I want to be part of your family as well, and he wanted to be a part of mine.”

One look at Sonam and Anand, and we all will say in chorus, 'Rab Ne Bana Di Jodi!' Raise your hands if you too agree with us! 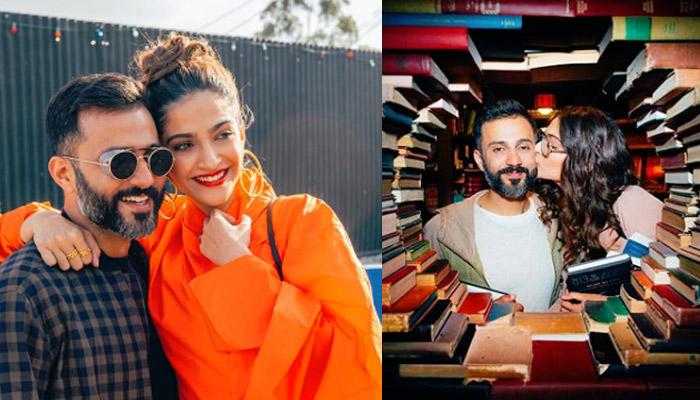