Sonam Kapoor and Anand Ahuja are head-over-heels in love with each other. On July 24, 2020, Sonam started a countdown for her hubby's birthday. Take a look!

Sonam Kapoor has proved the famous dialogue, someone somewhere is made for you from the movie, Dil To Pagal Hai right when she had gotten married to Anand Ahuja. She is a fashionista, who love experimenting with clothes had met her Mr Perfect in Anand, who is the owner of a clothing brand. In her own words, “He makes clothes – and I wear them.” The lovely couple of the glamour world has made us fall in love with them. (Also Read: Nikitin Dheer Shares A Lovely Picture With Kratika Sengar, Her Reaction To His Caption Is Unmissable)

Rumours of the much-in-love couple had been doing rounds during their dating days but Sonam had never accepted that she was in a relationship and had always refuted the speculations. The two had taken their love to the next level and had tied the knot on May 8, 2018. From long-distance love to now long-distance marriage, the duo has been giving major couple goals. From Diwali, Christmas to New Year, they never miss an opportunity to travel miles to be with each other. On July 24, 2020, Sonam took to her IG handle and shared a video where the actress revealed that she was starting a countdown for her hubby, Anand Ahuja as it is his birthday in a week. Sonam further revealed that she will be guessing a list of Anand’s favourite things. Along with the video, Sonam wrote, “Anand’s Birthday Countdown. It’s Anand’s birthday in a week, and I’m stoked! Starting today, for the next seven days—I’m going to be guessing some of his all-time favourite things. Beginning with a relatively easier one, sneakers! I have mentioned a few more than just seven here, only to cover my bases! I hope I’ve gotten these right, otherwise, I’m in trouble haha. @anandahuja How’d I do? Also, here's a bonus question - If you had to choose between me and your sneakers, who'd you choose? (I suggest you think carefully before answering this one).”

In an interview with Firstpost, Sonam had talked about adding her husband’s surname to her name, and Anand adding her name into his. She had stated, "Anand and I had a very long conversation you know, and we obviously want to have kids eventually, and he had this one friend who had a very long name, his mother’s name, father’s name, blah blah blah. I said, see anyways it’s a patriarchal concept, I have my father’s last name, I don’t have my mother’s name, and I want to be part of your family as well, and he wanted to be a part of mine.” (Also Read: Vikaas Kalantri And Priyanka Kalantri Wish Their Son, Vihaan Kalantri On His First Birthday [VIDEOS])

The Ek Ladki Ko Dekha Toh Aisa Laga actress had further continued, “So first he said, shall I do Anand Ahuja Kapoor or Anand Kapoor Ahuja? And you do Sonam Kapoor Ahuja? I was like, that’s still my father’s name, no? How will my kids have my name in some way? Then he said, should I keep Sonam in the middle? So, I said fine." Sonam had also mentioned that in future when she and Anand will have kids, they will have ‘Sonam Ahuja’ as their last name, "Yes. I don’t know if that makes any sense to you, but we really thought about it. If and when we have children, that’s how it will be." On July 17, 2020, Anand S Ahuja had taken to his IG handle and had shared 'then' and 'now' pictures with Sonam Kapoor. The first was a throwback picture of the lovely couple from their first Paris trip, four years ago and the second one was a selfie clicked in London. Along with the pictures, Anand had written, “THEN: Our first ever trip together, 4 years ago today! #Paris Now: #EverydayPhenomenal #London.” (Also Read: Disha Patani Is Stunned With Could Be Future-'Nanad', Krishna Shroff's Hot Pictures, Reaction Inside) 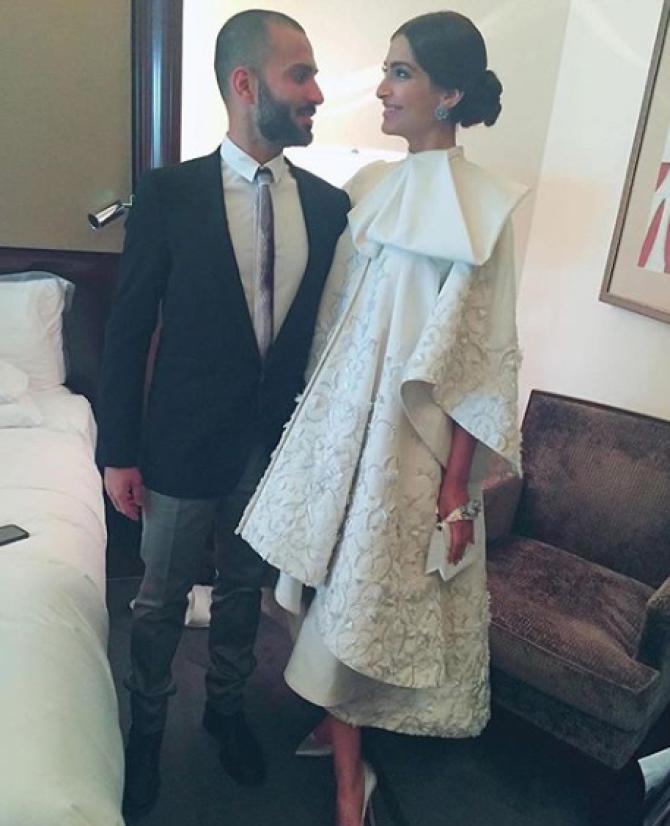 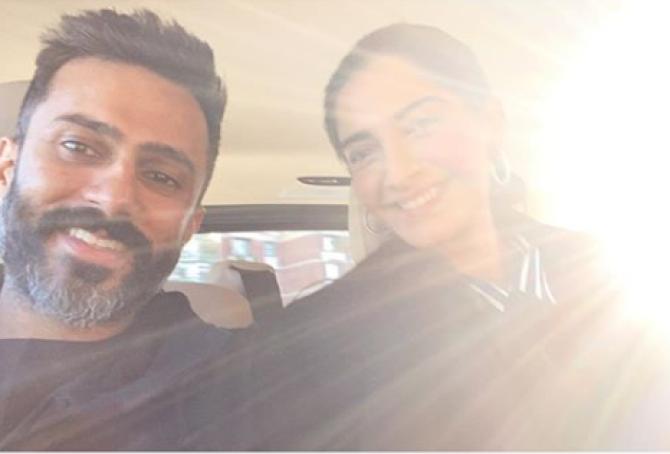 Can you guess the list of things your partner can’t live without? Let us know.