Sonam Kapoor and Anand Ahuja are one of the cutest couples of the glamour world. On February 1, 2021, Sonam shared an adorable throwback picture from the time when Anand had proposed her.

The glamour world has many broken relationships. In a profession, where one spends the whole day in front of camera, personal relationships and family life go for a toss. But there are certain couples, who manage to keep the charm of their personal lives intact even with their busy schedules. Sonam Kapoor Ahuja is one such actress, who has aced a long-distance relationship with Anand Ahuja. (Also Read: Tahira Kashyap Reveals Ayushmann Khurrana Inspired Her To Play Tennis After Recovering From Cancer)

One of the most loved millennial couples, Sonam Kapoor Ahuja and Anand S Ahuja are an inspiration to millions. The lovely couple had gotten married on May 8, 2018 in a Gurudwara wedding. The doting couple never shies away from expressing their love for each other and their respective social media handles are proofs of the same. With  mushy pictures, love-filled captions and cute social media banters, we love seeing every glimpse of them. Sonam and Anand might be different in many aspects but their love for books and sneakers is what makes their cutesy relationship perfect.

On February 1, 2021, Sonam took to her IG handle and shared a throwback picture with Anand S Ahuja. In the picture, Anand was seen giving a passionate kiss to Sonam and she happily posed for the picture. Along with the adorable picture, Sonam revealed that it was taken on a trip, where Anand had proposed her. Taking a trip down the memory lane, Sonam wrote, “Throwback to a wonderful trip where my beautiful husband @anandahuja proposed to me #august2017 #newyork #everydayphenomenal.” On Sonam’s picture, Anand commented, “A few weeks after this! This was the bday party you threw for me” followed by heart emoticons. 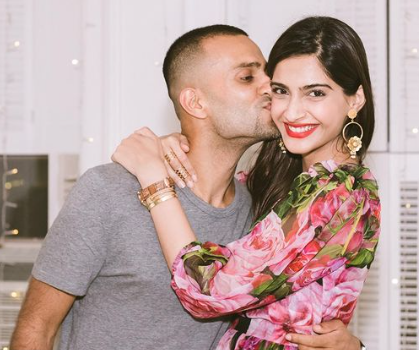 This is not the first time, Sonam or Anand are reminiscing their dating period. On July 17, 2020, Anand S Ahuja had taken to his IG handle and had shared 'then' and 'now' pictures with Sonam Kapoor. The first was a throwback picture of the lovely couple from their first Paris trip, four years ago and the second one was a selfie clicked in London. Along with the pictures, Anand had written, “THEN: Our first ever trip together, 4 years ago today! #FBF #Paris Now: #EverydayPhenomenal #London.” (Also Read: Shaheer Sheikh Shares Glimpses Of His Beautiful Home With Wifey, Ruchikaa Kapoor Designed By Him) 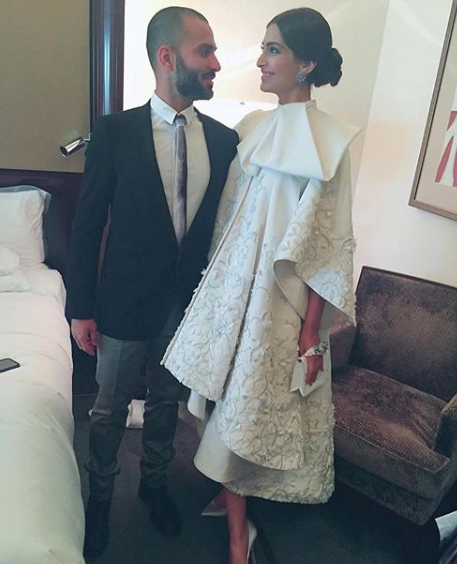 In an interview with the Filmfare, Sonam had revealed how she had met Anand for the first time and had stated, “My friends were trying to set me up with Anand’s best friend. That’s how I met him. The first time I met Anand was while I was busy with the promotions of Prem Ratan Dhan Payo (2015). One evening my friends conned me into visiting a bar at the Taj. I went there quite irritated. When I reached there, I realised my friends had called these two-three boys whom I had no interest in meeting. I was like, ‘I don’t want to date anybody. I don’t believe in marriage and all this nonsense’. I saw Anand and his friend. His friend was tall like me, liked reading like me and was a huge fan of Hindi movies. He was an educated and a nice guy. But he reminded me too much of my brother Harsh (Kapoor). I was like, ‘Dude, he’s Harsh. I’m not going to date this guy’.” Anand and Sonam are completely opposite to each other. Talking about how they are different from each other, she had further revealed, “Sometimes, people believe that when they have similar interests, they can be together. No one would think of Anand and me together because Anand is totally different. He had no idea that Anil Kapoor was my father. I ended up speaking to Anand… the whole evening. Anand was trying to get me to talk to his friend… like being the middle man. But we ended up talking more.” (Also Read: New Daddy, Virat Kohli Returns To Field After Birth Of Daughter, Vamika, Expresses How He Feels) 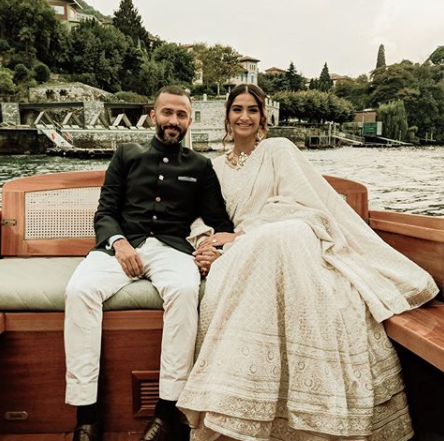 What do you think about Sonam and Anand’s throwback picture? Let us know. 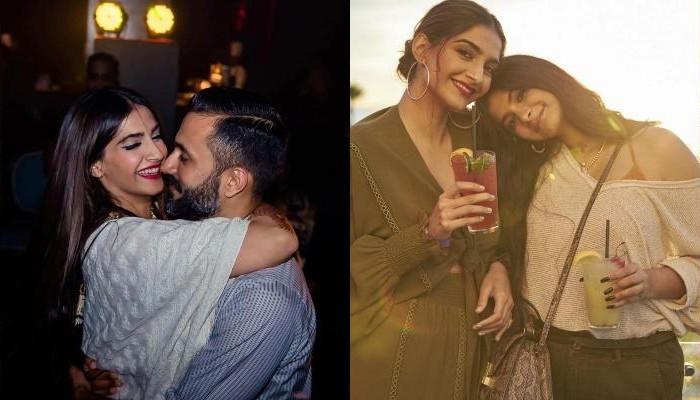