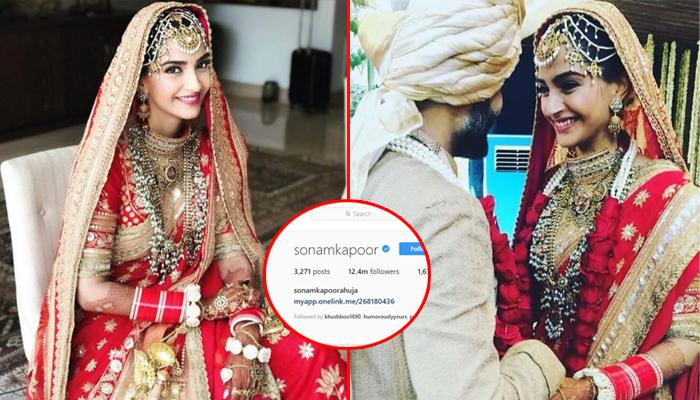 Sonam Kapoor or we can say Mrs Ahuja has been all over the internet since the past one week. Sonam took her wedding vows with her long-time boyfriend, Anand Ahuja in the traditional Anand Karaj wedding ceremony today on May 8, 2018. Anand Karaj took place at Sonam’s aunt’s Mumbai heritage mansion, Rockdale, at Bandra’s Bandstand. (Also Read: Sonam And Sunita's Video Dancing To 'London Thumakda' Is The Best Maa-Beti Moment From The Wedding)

While Sonam Kapoor looked like a dream in an ornate red and gold Anuradha Vakil lehenga for her wedding, she kept her make-up minimal to keep all the attention on her royal headgear. All Sonam’s friends and family shared pictures and videos from the pre-wedding and wedding functions, Sonam and Anand’s Instagram profile has no latest posts from the functions. 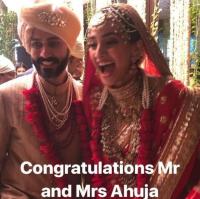 But what caught our attention while going through their Instagram profiles is that Sonam Kapoor changed her name to 'Sonam Kapoor Ahuja' post her wedding with Anand Ahuja. Beginning the new phase of her life, newly-married Sonam added her husband’s last name and accepted it with a big smile. (You May Like: Sonam Kapoor's Chikankari Lehenga For Mehendi Took One-And-A-Half Years To Complete! Here's Why)

Sonam’s make-up artist and hairstylist, Namrata Soni talked to Vogue about Sonam’s bridal look and how it was a emotional moment for her. “There’s tears in my eyes. I think she’s the most beautiful bride of our country; as delicate as a flower. It’s an extremely emotional time for me.” Namrata is more than just a co-worker for Kapoor family, she is more of a friend and indeed she was closely involved in all the ceremonies. 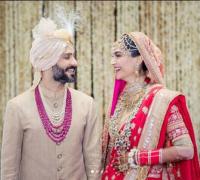 Though Sonam Kapoor and Anand Ahuja’s wedding was the talk of the town since the beginning of this year, but only after the joint statement released by the Kapoors and the Ahujas, the excitement level reached its peak. They confirmed the wedding and stated, “The Kapoor and Ahuja families, take great joy and pride, in announcing the marriage of Sonam and Anand. The wedding will take place on the 8th of May in Mumbai. Since it is an intimate affair, we request you to respect the family's need for privacy. Thank you for all your blessings and love, as we celebrate this special moment in our lives." (Don't Miss: Sonam Kapoor-Anand Ahuja's Post-Wedding Cake Is Unique And Tells A Cute Story About The Couple) 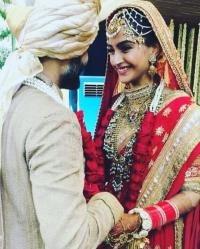 After the wedding reception, Sonam will immediately get back to her professional commitments which will indeed postpone the honeymoon for the couple. Sonam will head off to French Riviera on May 14, 2018, to walk the red carpet at the Cannes Film Festival but her hubby won’t accompany her. A source close to the couple was quoted as saying, “Anand won’t be at Cannes with her, but the couple is planning an October-November honeymoon which will be delayed because of the bride-to-be’s choc-o-block schedule.” 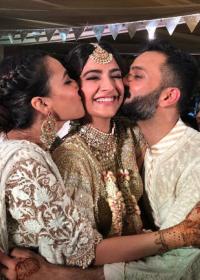 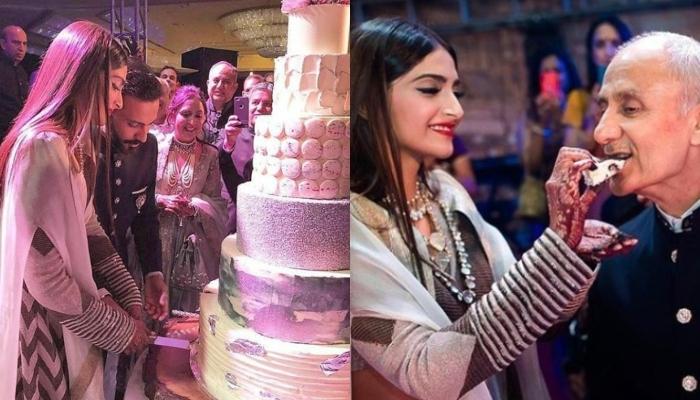