Good news is pouring in back to back for our Bollywood and television celebs. This year seems to be lucky for many celebrities’ love life. Where Bharti Singh and Aashka Goradia are all set to enter the wedlock, here is the news of another diva, who might enter the doubles club very soon. We are talking about the fashionista of Bollywood and Anil Kapoor's darling daughter, Sonam Kapoor.

Nick Jonas Arrives In Mumbai, His Parents Have A Special Gift For Priyanka Chopra 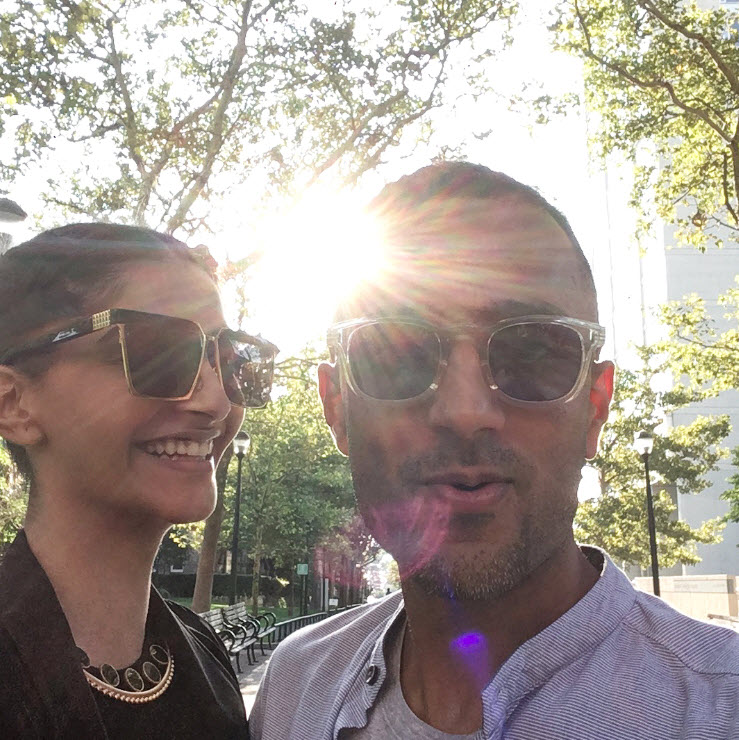 Sonam won accolades for her amazing performance as 'Neerja' in the movie Neerja. She is on cloud nine these days as she has recently bagged Special Jury Award at the 2017 National Awards. Also, she is working with Kareena Kapoor Khan in the upcoming film, Veere Di Wedding. While she is excelling on the professional front, apparently her personal life will also take a new turn very soon. Rumours are rife that Sonam might tie the knot by the end of 2018. 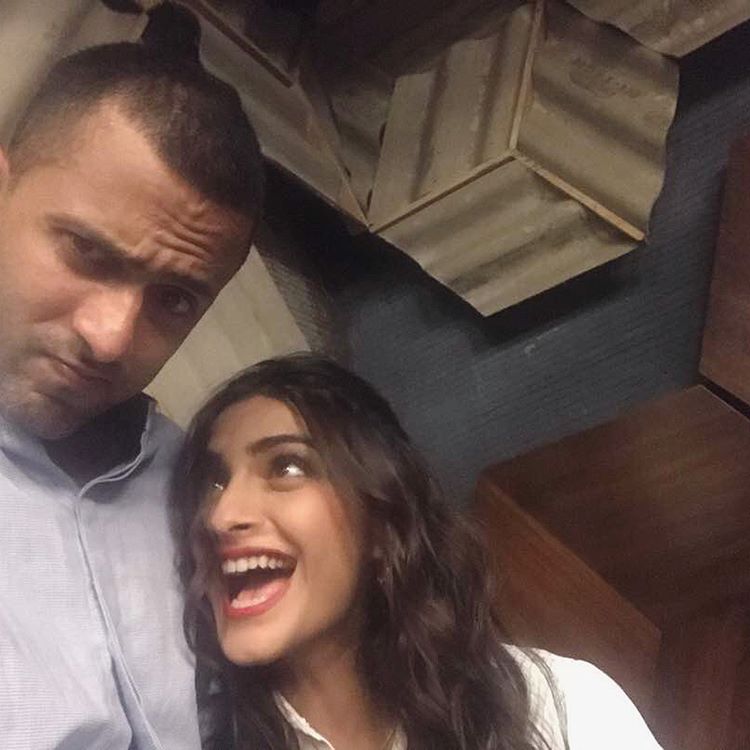 For those who have been living under the rocks, Sonam is rumoured to be dating a Delhi-based businessman named Anand Ahuja. He is Shahi Exports Pvt Ltd.’s Business Development in-charge, CEO at Bhane and the director of Camp SMA Pvt Ltd. Plus, he is also an entrepreneur and a model, having tie-ups with Nike, for which he has modelled as well. 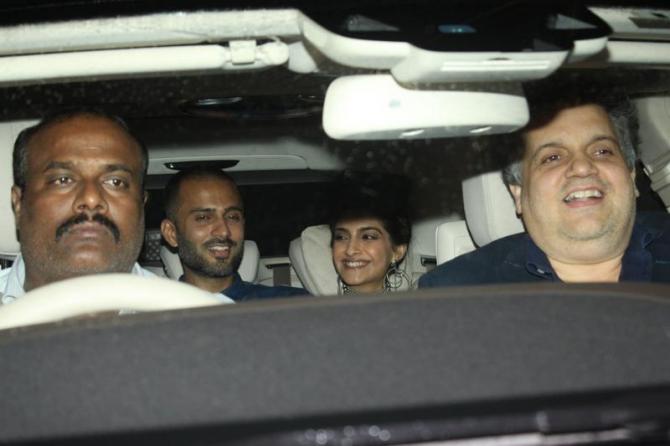 Rumours of these two cuties dating started doing the rounds when they came together in the same car at Akshay Kumar’s Rustom success party. (Read More) 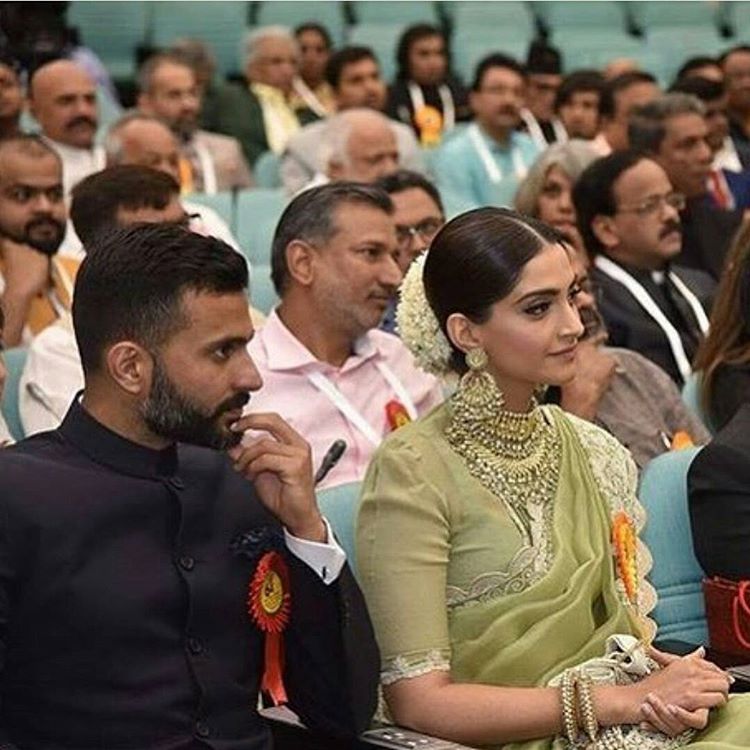 In fact, the duo seems to be very much in love, which is quite evident from their flirting on social media platforms, or for that matter, enjoying relaxing vacation together or being possessive about each other's gifts. Anand even attended the National Award ceremony, which again hints how close he is to Sonam and the entire Kapoor clan. 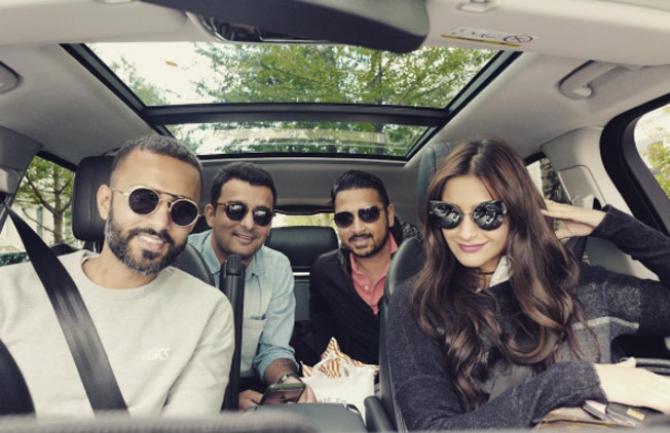 The otherwise talkative Sonam has always kept quite when it came to her relationship status. Now, the good news for all Sonam fans is that she might make her relationship with Anand official anytime soon. 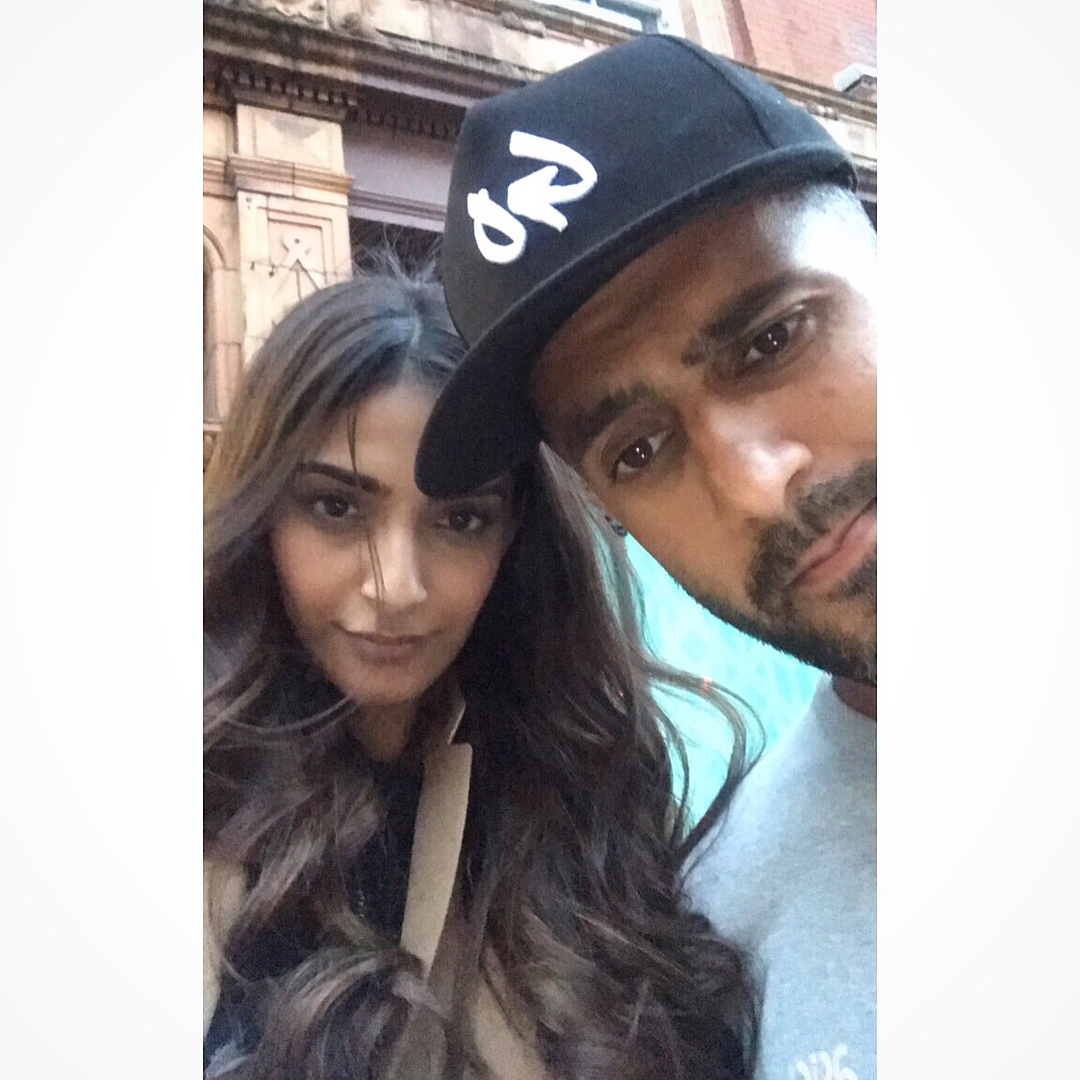 As per the reports in a leading daily, the lovebirds are ready to make their relationship official, and formal engagement is on the cards, which will probably take place in March 2018. Though neither Sonam nor Anand's respective families have released an official statement in this regard. 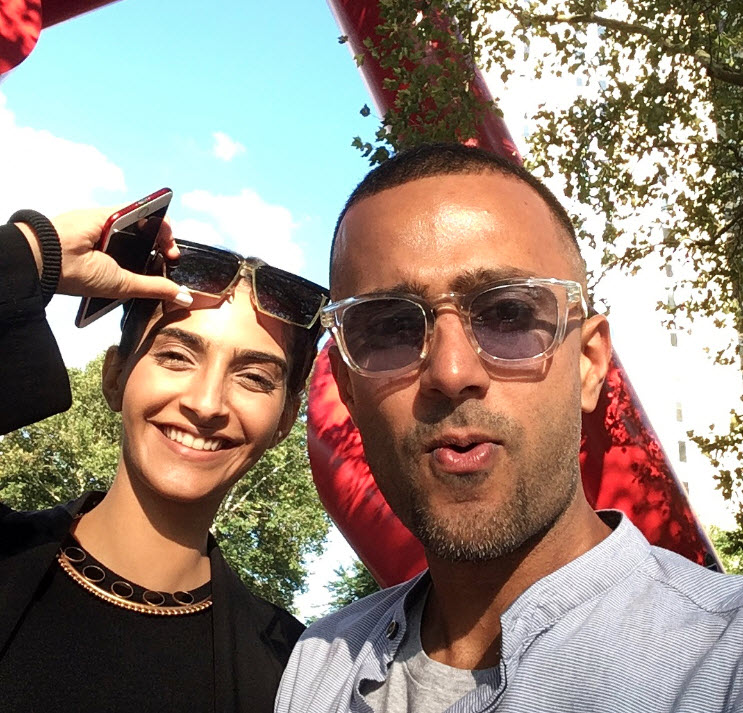 Anand and Sonam's Instagram stories are filled with the cutest couple posts. They are one of our favourite couples who like to keep things fun yet romantic! Sonam doesn't post the pictures and videos of the two frequently but Anand makes up for them both. His Instagram is filled with so many pictures of them or of Sonam at her candid best. 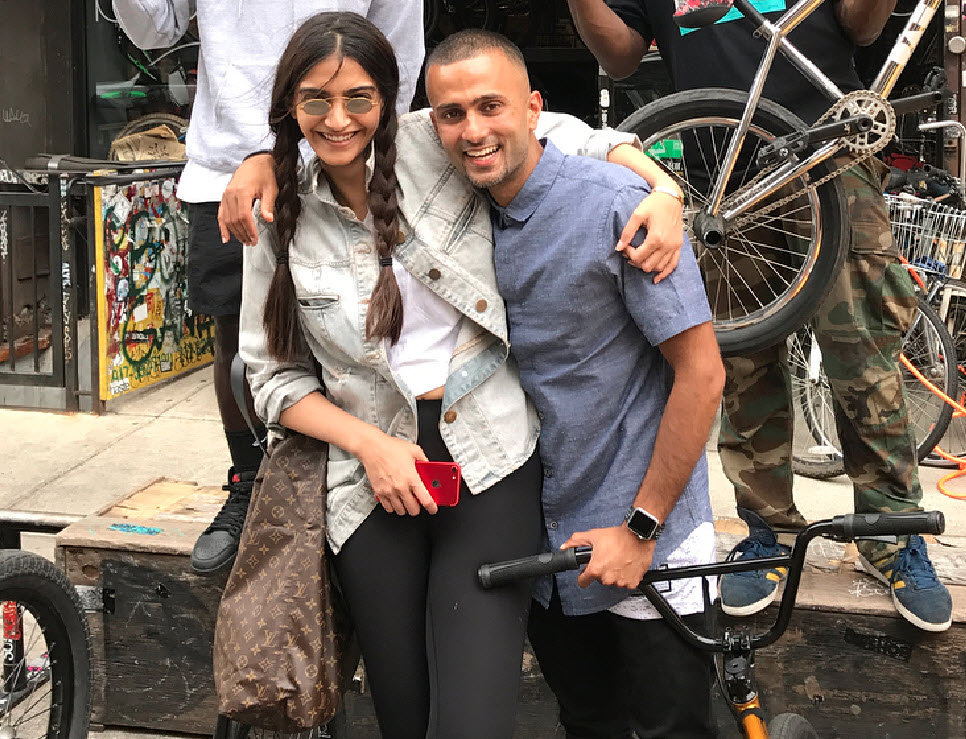 According to the sources, Sonam and Anand have been dating each other for more than two years now. Though none of them has ever opened up about their romance, Sonam once said this about her relationship status:

“I don't want it to be written about. That has to be under my control. Everything else in my life is completely out of control. People are always saying things about me, on social media. They are always judging the way I look, the way I stand, the way I eat, the way I act, the way I speak. I need to protect others who come into my life because that person hasn't signed up for what I have. Why should he or she have to go through that? It's not fair. It's private and I don't believe in talking about it. I will not hide it but I will not talk about it either.”

Earlier this year, the news of their engagement started doing the rounds. Sonam shut all the rumours with this one tweet. Take a look: 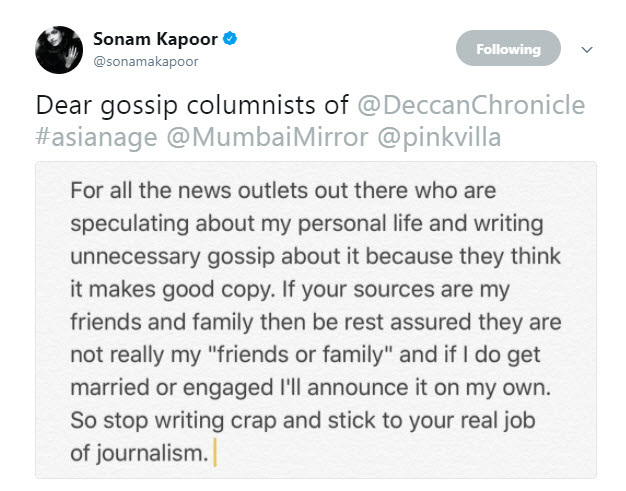 Again, when 2017 is about to say goodbye to all of us, rumours mills are abuzz that Sonam and Anand will take their relationship to the next level and will soon exchange the rings. Their alleged engagement will happen in March 2018. One of the entertainment portals, India.com decided to hear the good news from the horse's mouth itself. When Sonam was asked if engagement with Anand is on the cards, here is what she said:

“Only work on the cards right now.” 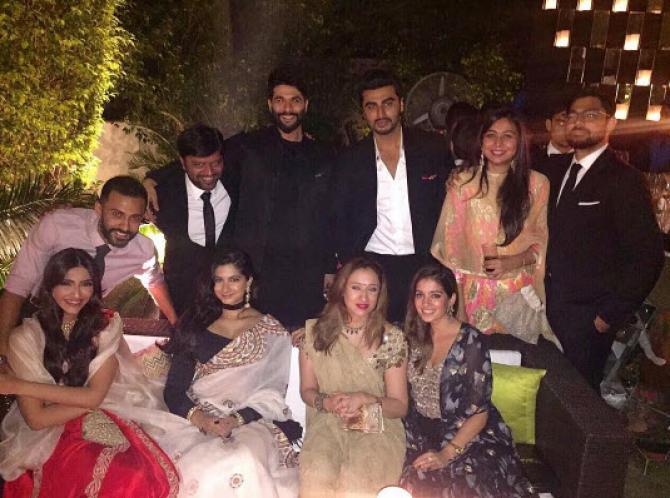 Anand is often seen spending quality time with not only his lady-love but also her family. Though Sonam has refuted the rumours of her engagement in March 2018, we can't wait to see these two cuties getting hitched soon!

They are one of the most talked-about couple of B-town. Well, Sonam, all your fans are eagerly waiting to hear the good news and so are we. Till then all you guys can stay tuned with us at BollywoodShaadis to get the latest updates related to your favourite television and Bollywood celebs!