The Kapoor sisters, Sonam Kapoor Ahuja and Rhea Kapoor never fail to impress the fashion police. Yesterday, on May 15, 2019, they attended their cousin, Priya's haldi ceremony and looked ravishing! 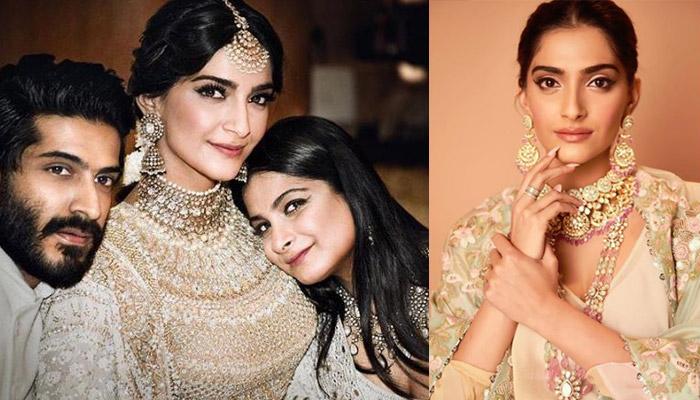 Right from the way she talks, elegance with which she can sport any fashionable outfit to the ease with which she can go from being bizarre to outlandish in her photoshoots, Sonam Kapoor Ahuja scores full marks on all these counts. Hence, Sonam has bagged in her kitty, the tag of the ultimate queen of fashion and no one has yet beaten her style choices. While the B-town boasts of a number of fashionable actresses, the Saawariya fame has time and again set the bar rather high for the avant-garde, experimental, and even plain sophisticated style.

Similarly, on May 15, 2019, Sonam Kapoor Ahuja turned an ‘old fashioned gal’ as she attended her maternal cousin, Priya Singh’s haldi ceremony. Not just her, Rhea Kapoor and Harshvardhan Kapoor too aced their fashion sense and nailed their respective looks for the family function. (You May Also Like: Saumya Tandon Says She Won't Compromise On Breastfeeding, Will Shoot Less And Nearer Home) 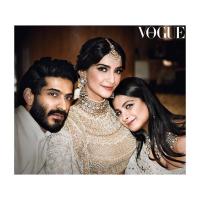 Digging Sonam’s outfit and look, she was seen sporting a lovely pastel-coloured ensemble by Anamika Khanna. She looked every bit of royal and chic in her attire and the jewellery, she teamed up with it. Sonam took to her official Instagram handle to share a few clicks, and captioned one of the posts as, “An Old-fashioned gal.” On the other hand, Rhea also wore Anamika Khanna for the event and looked drop-dead gorgeous in floral outfit. Here are their pictures: 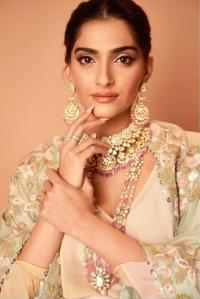 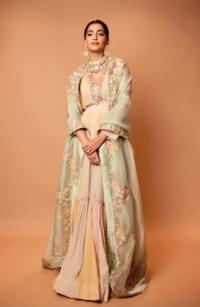 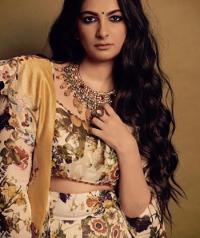 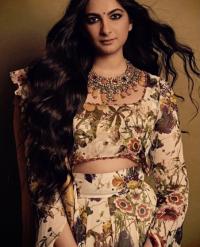 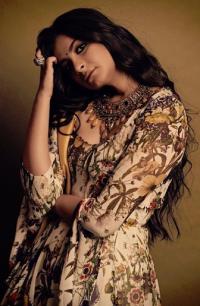 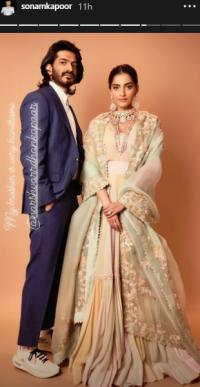 Talking about her fashion style, Sonam had once shared, “A lot of actresses are abusing me for it. I remember a very big actress telling me ‘Sonam, why did you do this. You know how much money I am paying my stylist right now’. “I was like I don’t pay my stylist, it’s my sister or I just style myself. You just have to be yourself.” (Checkout: Shakti Arora's Wife, Neha Saxena Posts A Heartfelt Wish For Her 'Special Man' On His 33rd Birthday) 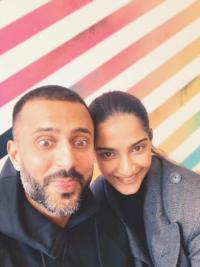 Talking about acquiring the fashionista tag, Sonam had once shared, “When I came to the industry, I didn’t want to wear those bodycon dresses or Swarovski sarees. That wasn’t me at all. Like there are connoisseurs of wine or art, I understand clothes and designers. So, when I started creating my own style, I gave enough fodder for people to talk about. When you’re not trying to be someone else, the unique image sticks to you. I didn’t have to try too hard and people loved what I wore.” 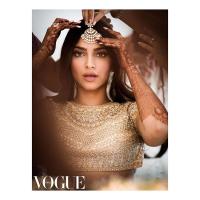 Talking about Indian designers and praising Anamika Khanna in an interview with Filmfare, Sonam had remarked, “Unfortunately, instead of embracing our own culture, fabrics and embroidery like detailed Lucknowi work, Kashmiri work, Hyderabadi work and mirror work, our designers are influenced by the West. I was in Benares recently for Ranjhanaa and bought so many Banarasi sarees. India has a huge gamut of styles and fabrics. That’s what I love about Anamika Khanna, Sabyasachi and Abu-Sandeep. They’re true to their roots. Designers can create western outfits but by infusing a little Indianess, they can make them funky.” (Do Read: Shahid Kapoor Reveals Why He Didn't Take Misha And Zain Along For Unveiling His Wax Statue) 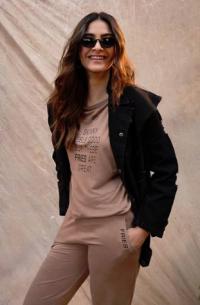 She had further gone on to add, “Like Anamika has made me a dress out of a Banarasi saree. The West is inspired by us but we’re ashamed to imbibe from our own culture. I attended an outstanding Chanel show that was inspired by Mumbai and Jaipur. The clothes had such beautiful embroidery. When they can do it so well, why can’t we? Anamika Khanna’s work is often influenced by the royal family of Hyderabad. She makes androgynous clothes for women. The clothes are Indian, but the take is modern. Sabyasachi also uses Barong (formal Filipino attire) influences.” 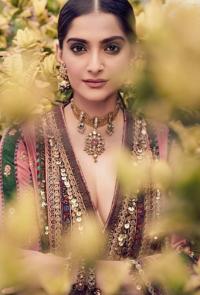 When in the same interview she was asked that she can go from being bizarre to outlandish in photoshoot with great ease, she had remarked, “People tell me that I’m different at photoshoots and experiment so much. I tell them it’s acting. There’s nothing to it other than playing that character at that time. I remember doing a shoot a couple of years ago for Filmfare’s anniversary issue where I played Nutan, Waheeda Rehman and Meena Kumari. I was just acting. It doesn’t take much to do something like that. As an actor, it’s my job to act well in photoshoots too. That’s why I always get beautiful and sometimes mad pictures.” (Don't Miss: Aishwarya Rai Bachchan Is Upset With Dad-In-Law, Amitabh Bachchan For Working With Emraan Hashmi) 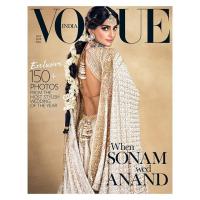 All-in-all, what do you guys think about Sonam and Rhea’s look for their cousin’s mehendi ceremony? Do let us know! 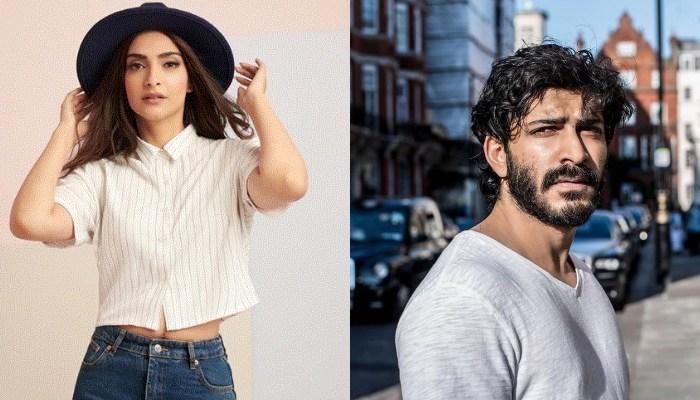 Your childhood was incomplete; if you have never fought with your siblings, borrowed their clothes and never returned them, pranked them, complain to your parents and pulled their leg in front of others. No matter how much siblings fight among themselves, they will always stand in front of each other in